The author embarks on a close evaluation of the economic performance of Asian countries over the years. In particular, the article looks at the big three economies of Asia (namely China Japan and India) and the Asian Tigers (namely South Korea, Taiwan, Hong Kong and Singapore).

“Singapore was a mere fishing port village in 1965 when it was thrust out of Malaysia but Lee’s leadership evolved it to a global financial hub over the past 40 years.”

Just as the 19th century was dominated by British imperialism, the 20th was dominated by American democracy, and the 21st will be shaped by Asia’s expanding role in the geo-economic and the geopolitical sphere. According to recent estimates, the economic center of the world is shifting east at the rate of approximately 140 km a year. It lends belief that the rise of Asia is one of the greatest historical rebalancing exercises recorded in human history because Asia had been at the economic center of the world.

The economic center started shifting westwards and northwards from Asia significantly only in the 19th and 20th centuries when the industrial revolution started yielding economic results for Europe and America. According to historical datasets of the world economy by Angus Maddison, at the start of the 17th century, i.e., in 1600 AD, India and China together accounted for roughly 50% of the world GDP. The GDP percentages were largely consistent with their population percentages in the world economy at roughly 55%.

All this began to change with the rise of imperial Europe fueled by institutions like the joint stock company and fast rising capitalist America. It was a profound period in human history with some of the greatest inventions and innovations taking place not only in science and technology but also in social and political institutions and their organization. By 1950, the balance of power had shifted. Europe’s share in the world increased mildly from 23% in 1600 to 30% of the world economy by 1950. However, a clear standout in the economic performance was USA whose share in global GDP increased from a mere 0.2% in 1600 to 27.2% by 1950. USA’s rise was based on the twin principles of democracy and capitalism. Asia’s share of the world economy shrunk from 66% in 1600 to 18% by 1950. The post-1950 period saw the emergence of a new Asia with several newly independent countries.

The Land of the rising sun

The remarkable story from 1950-1980’s post-WW2 was of Japan that grew with incredible speed. Aided by United States it became the second largest economic power in the world by 1970. Japan achieved the feat by building an environment of trust between the bureaucracy and industry as well as by promoting meritocracy in the educational system. Also, focus on technology; productivity and a rise in personal savings formed the basis of investment and further growth. It enabled Japan to grow at almost 11 % in the 1960s. The 1980’s saw Japan reaching greater heights with its trading relationship and a surplus with USA reaching epic proportions. However at the beginning of 1990’s Japan slipped into a decade-long recession, that according to some estimates lead to a capital loss of $ 7.2 trillion between 1992 and 1996. It caused a slow and steady decline. Japan increased its per capita GDP to western standards—an astounding 42,000 USD in 1995 up from just 450 USD in 1960. At present post the recession, Japan faces a problem of an aging society but its GDP per capita in 2013 is still 38000 USD per capita, indeed very good by Asian standards. The recent economic thrust by PM Abe has been on fiscal stimulus, monetary expansion, and structural reforms.

The period from 1980’s up to the mid-1990s saw the emergence of four Asian tigers namely South Korea, Taiwan, Hong Kong and Singapore. Their institutional foundations had been strong in the context of capitalism and their proximity to Japan, abundant low-cost labor and their export competitiveness lead to the initial belief of a coming ‘Asian Century’.  Their governments were largely autocratic when they started, but their belief in economic development lead these countries to register astounding rates of growth. South Korea’s initial focus on economic growth early on in 1960’s was that of government led industrialized development bolstered by state-supported industrial firms with developmental loans from Japan and US. The autocratic South Korean presidents that succeeded Park Chung Hee have done well running the Korean economy. Manufacturing has been the strength of the Korean economy with popular industrial giants like Samsung and Hyundai becoming iconic brands. Taiwan’s initial focus was on import substitution as well as a distinct focus on infrastructure. The ten major construction projects initiated in 1970s helped Taiwan transform into an export-driven economy. The per capita GDP levels increased in Taiwan drastically and at present are close to 20,000 USD in 2013.

Hong Kong and Singapore similarly have seen astounding levels of economic growth aided by capital development and institutions. Singapore’s autocratic leader Lee Kuan Yew who died recently changed the face of his country. It was a mere fishing port village in 1965 when it was thrust out of Malaysia but Lee’s leadership evolved it to a global financial hub over the past 40 years. The country’s per capita income has increased by more than 100 times from 1965 and is better than some of the developed nations. The country has achieved astounding levels of prosperity and also remarkable is the multicultural ethos and value system of hard work and mutual respect within the city-state. Hong Kong like Singapore was a port town that initiated a series of reforms beginning 1971 for improvement of the public services, environment, housing, welfare, education, and infrastructure. These laid the foundation for it to become a global city with per capita income of 38,000 USD in 2013.

The first three decades post 1950 saw the two Asian population giants namely China and India struggle with their massive populations amid great poverty. One of them followed the path of communism under Chairman Mao while the other opted for the mixed economy under Nehru. Under Mao, the Chinese saw the great leap forward while, under Nehru, India chose state-sponsored planned economic development. The 1960’s also saw green revolution in India aimed at building food security for its increasing population. The ensuing 2-3 decades saw low growth in the economy in these two countries. China’s great leap forward quickly turned to a cultural revolution that had an adverse impact on adult education and the economy. Similarly, the 1970’s in India saw political turmoil in the form of an emergency, and a failed program at compulsory sterilization aimed at controlling population.

In 1978, China under Deng Xiaoping made agricultural farmers a kind of entrepreneurs under the ‘responsibility system’. China also initiated several other reforms, birth control and an open approach to trade with USA and Japan aimed at modernization and strengthening the economy. Several authors started to feel that the reformist China was more close to capitalism than communism. In the 1990’s and 2000’s the country saw an increasing entrepreneurial class and an expanding power of Chinese state-owned enterprises. The period also saw greater trade ties and integration into the world economy. In 2013, Chinese per capita GDP had grown more than 40 times since Deng initiated reforms in 1978.

India too embraced the market route in 1991 amid balance of payments crises, and this led it to open the economy under PM Narasimha Rao after the policymakers and people alike were fed up with the license raj. Several sectors saw capital infusion and growth. Prominent among these were the pharmaceutical, automobile, IT, telecom, and banking sectors. It enabled the rise of the new middle class in India and better standards of living. The economy registered more than 6-7 % growth rates consistently till 2010.  The GDP per capita grew close to 5 times since the levels in 1991.

Unique problems notwithstanding that each of the Asian economies mentioned above need to confront, the following broad areas can help ensure their growth and competitiveness:

Nurturing institutions that establish not only the rule of law but help boost trade, economic competitiveness and ease of doing business. The approach will start with building an atmosphere of trust and transparency between the political class, bureaucracy, and industry.

Inculcating ‘Asian values’ of hard work and meritocracy for personal growth in life. Apart from this understanding the value of productivity as a driver of economic growth. These values also help in the helping people that value integrity and performance as key drivers for success.

Embracing more openness both in the economy and in various forms of governance and citizen engagement.

Undertaking systematic reforms from time to time as required by the individual economy.

Focusing on harnessing the most crucial resources within the individual countries- namely people by investing in their education, skills, and health. Ultimately the fruits of a demographic dividend will depend on how many successful creative companies can be built on an individual country’s soil.

Investing in physical infrastructure as most parts of Asia barring some small islands of first-class infrastructure within Japan, ‘Asian Tigers’ and China still have a long way to catch up with the developed world standards. India certainly needs a push in this regard. It includes infrastructure of all sorts highways, ports, airports, dams, power infrastructure, hi speed rails, etc.

Understanding the role of the state as well as the role that free markets, companies, and businesses can play in boosting growth and competitiveness within the region.

P.S.: The title of this piece borrows from the 3-volume book having the analysis of the poverty in South and Southeast Asia by Nobel Laureate Gunnar Myrdal. His prescriptions at that time included controlling population, investing in healthcare and education as part of the thrust to improve economic development within the region. Much has changed within the region, as poverty has declined, capitalism flourished but much has remained the same like problems in infrastructure development, political turmoil, etc.

Previous Role of Corporates in Social Progress and Nation Building 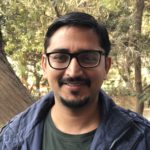 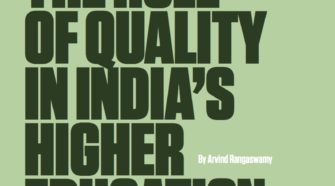