Tamal Bandyopadhyay on Banking & Finance – A Ringside View at #ThinkersSandbox

He shares his views on the different parts of banking in India through the books that he has authored. The reason behind writing these books has been the thought to disorganize all the knowledge about economics from that of finance and banking. The trick is to ask all the stupid questions and figure out how a common person would approach it.

HDFC bank is the most valued Indian bank even now not because of the fact that somebody has overtaken but in terms of price-to-book ratio that was one of the most valued back then. There are two key differences between HDFC bank and the entire universe of banking in India, which stands even today. In banking, very often or probably always, what you choose to not do is more important than what you do.  Most of the bankers are found to get carried away in the race to become a pioneer. They get their headlines; people talk about it but ultimately, they end up burning their own fingers. As such, HDFC is very risk-averse. The bank did not do anything which could put its balance sheet at risk.  The approach, therefore, has been to quietly watch what others are doing and learn from their experiences. Retail banking is one example. There was a time when HDFC was nowhere while ICICI was building on its retail assets. However, post-Lehman days, it was found that ICICI had started to gradually withdraw since it was not performing as well as it could have done and so HDFC got into the picture. Today, HDFC is the largest Indian retail bank in the country in relative terms because learned from the experience of others. This is the first difference between an extraordinary or a very good bank and an average or a not so good bank.

Typically, in banking, if one looks at the overall management, then the ultimate goal is to have a higher income defined by better spread, higher interest rates, etc. HDFC, on the other hand, is a bank that does not make money out of higher spreads but by bringing its cost lower than others, which is the second important difference between banks like HDFC and as average bank. Looking at the average cost of money, one finds that it is the lowest for HDFC bank. The so-called Current And Savings Account ratio (CASA) which incidentally was a term coined by them only is the lowest in India for HDFC. Therefore, it always working towards ways to bring its cost of money down, not by jacking up the interest rates but by bringing the overall cost of liabilities down. Since the 1990s, it has looked at ways of getting hold of free money, which is commonly known as float in banking terms. It is one of the reasons why HDFC was successful and is successful in bring down the cost of its liabilities. There is no volatility in its stock market performance either. So, it is a bank which is very solid in its foundations and has been extremely risk-averse. It is a perfect example of the economic liberalization process when an entirely new banking movement was kick-started in 1991.

The Residuary Non-Banking Finance Companies or RNBCs are comparatively softer underbellies of the Indian banking and finance system. They are a part of a banking system known as the Shadow Financing banking system that provides services similar to the traditional commercial banks and are effectively outside the normal banking regulations. The two main examples of RNBCs in India are the Calcutta-based Peerless financial services limited and the Sahara India financial corporation limited. It was under the regime of Dr. Y.V Reddy that the RBI raised a battle against the RNBCs in the country. Normally, banks have to invest their money in the form of other bank deposits or in government securities so that there is no mismanagement of any sorts. However, the RNBCs are always in a position to find multiple ways of mismanaging the depositors’ money. This is because of a lag effect that happens in between of receiving a certain amount of money and then actually underreporting it after some time. Yet another way of

making money which is very agency-driven goes by the name of Chit Funds and Ponzi Schemes. This way of raising money through agency-based funds is exactly what Peerless was doing as its main source of income at one point in time. So, a huge battle was fought between the RBI and Peerless wherein at the end, the company had to close down. During this time, Sahara was still going ahead with its operations. When one of the Sahara entities went public, it caught the attention of SEBI. The entity claimed of raising money through the private placement route which as per the rules in Indian markets restricts the number of subscriptions. However, the IPO had millions and lakhs of subscribers which, upon checking, were obviously found to not exist in reality. Hence, because of the unfolding of such kind of events, it became important to dig into the modus operandi of these companies so as to understand the ways in which they were successful in mismanaging the money of others.

Another very interesting part of the Indian financial system recently has been the setting up of Bandhan Bank in the Eastern part of our country. It is an example of a unique institution that has been doing extraordinarily well since the time of its inception.  The bank as such is not taking money from individuals and organizations where the risk is on others for keeping their money with you.  Rather, it gives money to other people so that it is them who take the risk. So, what the bank essentially figured out is that since some of the big corporates can default, why not nurture these corporates to not default?  The bank felt the need to hand-hold such entities and take them through but clearly decided to not do it through a grant. This is because they realized that there is a need to be continuously with them and not just for a one-time affair.  Hence, Bandhan is a classic case of how to reach out to the masses who are refused by the so-called high street bankers at a profit. It is not a CSR activity or doing charity to people. Instead, it is a way of marrying profitability with the act of doing good for the people.

Next In Conversation with Joseph Stiglitz 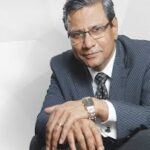 Tamal Bandyopadhyay is one of the most respected business journalists in India. His weekly column, Banker's Trust, in India's second largest read financial daily Mint, is widely read for its deep insights into the world of finance and its unerring ability to anticipate major policy moves. 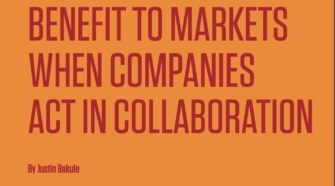