There are new models of how we can solve the world’s problems, cooperate, and govern ourselves on the shrinking planet.  The old models are necessary, but they are insufficient.  They are based on nation and states, and they came out of the end of the Second World War, the UN, the World Bank, the IMF, the G8, the G20 and so on but increasingly, they are unable to address the growing problems effacing us.  Are these problems too hard to solve or do we need a new model. I’m working on what are the new models?  There are many different types of these new models that are involved in advocacy and developing policy, creating knowledge and in some cases, we have networks that govern something on the planet but are not based on states.  The internet itself would be an example of that.  So, this is a wonderful new opportunity to address these problems differently enabled by the digital revolution but we don’t know anything about these networks.  So, my Big Idea is let’s find out what these things are, what makes them tick, how they can be more effective and we can have a real impact on business and the world.

Next Big Idea by Liz Mellon 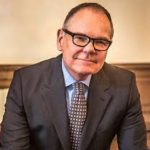 Don is one of the world’s leading authorities on innovation, media, and the economic and social impact of technology and advises business and government leaders around the world.

The Future of Work 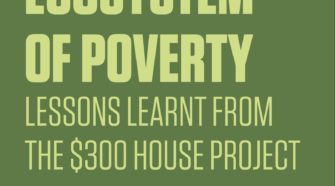