The simplest way in which the Black Economy is always thought of as is: corruption.

An ideology which is completely incorrect in the Indian context is that the Black and the White Economy never meet meaning that they are parallel.

There is no one-shot solution to the Black Economy.

There are several misconceptions about the Black Economy. Most of the times, the Black Economy is anything that is not taken into account. It is treated as separate from the White Economy and interlink between the two is often not recognized. It is also wrongly assumed that the Black Economy is only in the public sector when in fact it is the private sector as well that is involved in the whole process. This is precisely the reason why most of the economic analysis of India has been incorrect as many of our analysts tend to ignore the whole existence of our Black Economy, which has come to become a large component of the economy in today’s time.

One of the key issues is that it is not only economic but also political and social in nature. A couple of misunderstandings regarding the Black Economy are in order here. Firstly, many of us think that it is about cash. The reality, however, is that the Black Economy is never about cash. Secondly, there is a popular view that this economy is settled abroad and not in India. However, one research says that only 10% of the black income generated every year in India goes abroad, with the remaining 90% staying here in the home country. Hence, the solution must be found here and not anywhere else.

The Black Economy is always thought of as simply corruption. However, it is important to note that a large part of the Black Economy involves illegality and not a quid pro quo. Corruption, as such, involves a quid pro quo where one does something and gets something in return (either in cash or kind). For instance, a doctor examining 100 patients a day charges INR 500 per patient. If the doctor declares only 20 patients in official records charging only INR 100 per patient then he/she is said to be generating a black income. There is no quid pro quo involved here. Corruption is just one aspect of the Black Economy and not the whole of it i.e., as corruption will grow so will the Black Economy and as the Black Economy will grow corruption will grow hand in hand. This is reflective of the situation currently in our country as the numbers of scams have grown and the amount of money involved per scam has only increased dramatically. One thing that must be given due attention to is the fact that black income generation involves illegality in both the activities that are legal as well as illegal. Therefore, all the sectors of the economy generate black income.

An ideology which is completely incorrect in the Indian context is that the Black and the White Economy run parallel, meaning they never meet. There are a large number of mechanisms by which black to white and white to black can be converted in our economy. The activities involved then are not parallel activities or informal activities for that matter. Also, labelling them as Black Money becomes equally incorrect.

One logical question that comes to everybody’s mind is how do people get to generate black incomes? There is a very simple mechanism of under-invoicing and over-invoicing that takes place in generating black incomes. Since income equals revenue minus cost, many people understate their revenues and overstate their costs. The result is black profits which are undeclared and different from balance sheet profits. Black incomes in the context of developing countries are therefore property incomes and not wage incomes which are mostly the case with the advanced nations. This implies that we simply cannot borrow theories from the West as their Black Economy tends to be different as compared to ours.

The input-output ratio that is used in the White Economy also stands incorrect, as all the inputs and the output are shown to be higher and lower respectively. Since the incremental input-output ratio is linked to the growth rate of an economy, the growth rate in our country is potentially 5% less than what it could have been otherwise. With this, all the White Economy data magnitudes in almost every sector turn out to be incorrectly reflecting the true state of the economy. Further, since profits are understated and wages overstated, the actual share of the profits is higher than what is stated in the White Economy leading to a higher savings rate than what is otherwise stated. On the other hand, the investment rate tends to be lower. Therefore, to ignore the Black Economy, thinking that all the variables would be affected by the same amount is wrong since variables move in the opposite directions.

The size of the Black Economy in India as estimated over different periods has been on a rising trend since the time Professor N. Kaldor proposed it to be between 4-5% of GDP in 1955. For the year 2012-2013, it is estimated to be around 62% of the GDP. These numbers that are calculated from time to time are indicative of the fact that the size is, in fact, huge and India certainly cannot afford to miss out on such numbers to make progress. Interestingly, by adding the 5% growth rate it is clear that India has been missing on an average since the mid-1970s to its actual growth rate, which means that our economy presently would be standing at $16 trillion with a per capita income of about $12,000 instead of $1,500. Hence, the presence of the Black Economy has a significant undermining effect on the overall performance of any country.

The impact of the Black Economy is not only macro but also micro. The macro impact is that the monetary policy of the central bank fails. It is not to say that the level of output and employment do not increase in the economy but because they are lower than their potential levels, that becomes the problem. Similarly, the fiscal policies aimed by the government fail in the form of higher inflation because of inflated input costs. In India, the tax to GDP ratio is about 16%. However, if the 62% GDP is brought into the tax net then it is possible for the economy to raise its tax-GDP ratio to 40%. The shortage of resources in the budget then is because of the increasing size of the Black Economy that we all tend to ignore. Since the Black Economy is concentrated in the hands of only 3% of the population, it is the income distribution that gets much more skewed. As a result, both poverty and inequality get impacted in both the rural areas and the urban areas.

The micro impact is felt in that as development gets affected there is an impact on the standards of our educational system, the health system and last but not the least, the political system. Behavioral changes are also brought into our citizens by the shiny images that the Black Economy presents to them. People would generally not want to perform how they are supposed to so that work ethics get impacted. The Black Economy thus holds the power to adversely impact the basic pillars of any economy and deprive it of the potentials that it can achieve.

In order to find the causes that give rise to the Black Economy in any country, one must first try to differential between causes and indicators. For example, higher tax rates and controls are not the causes but indicators of an existence (of Black Economy) that we all tend to ignore. The real cause lies in the illegalities that have emerged. The Black Economy working just as systematically as the White Economy surfaces because corrupt citizens work together in a systemic way to usher an impact. The ultimate solution, therefore, lies in breaking the barriers that are protecting the perfect system of the Black Economy. As such, the framework of solutions must be both short-term and long-term with the short-term solutions structured within the long-term ones.

There is no one-shot solution to the Black Economy. We must deal with it keeping in mind all the social, political and economic problems. Political movements demonstrating the capability to bring about changes have a big role to play in blurring the lines between the Black Economy and the White Economy. 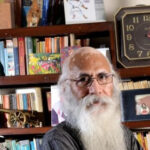 Arun Kumar is Malcolm Adiseshiah Chair Professor at the Institute of Social Sciences, and author of Demonetization and the Black Economy, Penguin (India).

Leading the Way in Innovation 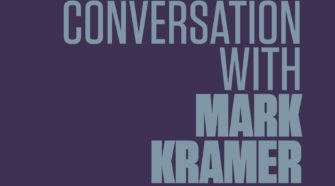