From Taylorism to the Fortune at the Bottom of the Pyramid, new ideas have challenged what we know about the world.  What are the breakthrough management ideas of our times?  Thinkers50 has identified eight big ideas to watch out for:

David is on the faculty of Harvard Medical School, and is co-founder of the Institute of Coaching at McLean Hospital. She is the author of Emotional Agility (Penguin, 2016), which Harvard Business Review rated as one of its Management Ideas of the Year.

Mark Esposito teaches at Harvard University’s Division of Continuing Education and is a senior professor at Grenoble Graduate School of Business in France and a fellow at the Judge Business School at Cambridge University. Terence Tse is an associate professor of finance at the London campus of ESCP Europe Business School and head of Competitiveness Studies at the i7 Institute for Innovation and Competitiveness.  They are authors of DRIVE: Understanding How the Future Unfolds (Lioncrest, 2017).

One of the world’s leading executive coaches and author, most recently of Triggers (Crown, 2015), Goldsmith has launched a project to pass on his knowledge to the next generation. The original plan was to attract 15 coaches who would commit to passing on their own knowledge to 15 others.  Such was demand that the project was expanded to 100 coaches.

London Business School professors and authors of The 100-Year Life: Living and Working in an Age of Longevity (Bloomsbury, 2016). Gratton and Scott’s book heralds massive social upheaval — and opportunity for social and commercial innovation.

Author of The Purpose Economy (Elevate, 2016), Hurst is the CEO of Imperative, a technology platform that helps people to discover what gives them purpose in their work. He is the founder of the Taproot Foundation where he helped develop the $15 billion pro bono service market.

Silicon Valley-based ex-Apple exec, Merchant is the author of 11 Rules for Creating Value in the Social Era (HBR, 2012). Her latest book is The Power of Onlyness: Make Your Wild Ideas Mighty Enough to Dent the World (Penguin Random House, 2017).

Known as “The Corporate Rebels”, Minnaar and de Morree are on a mission to make work more fun. They quit their frustrating, corporate jobs and set out to travel the globe and visit the world’s most inspiring organizations, from Spotify to Patagonia, sharing their insights as they go.

The author of five books, John Spence’s rallying call is “Making the Very Complex…Awesomely Simple.”  In his twenties, he was the CEO of an international Rockefeller foundation, overseeing projects in 20 countries. He has been the owner or CEO of six companies and currently serves on the board or as an adviser to several companies. He speaks and teaches throughout the world.

Next Thinkers50 in 50 Seconds | András Tilcsik

In Conversation with Prasad Kaipa 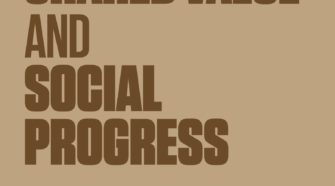