Building an Internet product company that has mass appeal among large numbers of Indians requires some out-of-the-box thinking and deeper understanding about what makes this market tick.

“Innovation is an even messier thing. Building something from scratch for an Indian consumer is difficult and not always rewarding.”

“India is a 97% Android market with smartphones with low phone space. As a result, a user is constantly juggling the space on his phone between WhatsApp and every other thing.”

I’ve run an internet start-up since 2009. In the last 8 years, the landscape has changed a lot—the biggest change being the mass adoption of smartphones in India. This has triggered a lot of different ideas and businesses in the mobile internet space—from entrepreneurs, governments and others.

However, most of the apps, which have become big in India are built on billions of dollars of venture funding and are generally this-for-that models. In itself, it is not a bad thing; after all, humans in all societies have very similar needs. And given the state of infrastructure and support in India, even doing a this-for-that model requires a lot of effort.

Innovation is an even messier thing. Building something from scratch for an Indian consumer is difficult and not always rewarding. We built our first business around the problem of bad customer service in India. We built a way to help consumers get their complaints resolved and get big brands to improve their customer retention in the process. However, it was very difficult to build (there was no similar template), explain to investors, and raise money for our start-up. Most investors only understood something that was already successful in the US or China. And after spending three years doing that, we realised that the problem was not big enough to build a large business on. And that’s what innovation looks like: it doesn’t work a lot of times.

After several iterations, our next business was again built for a very India specific problem. India is a 97% Android market with smartphones with low phone space. As a result, a user is constantly juggling the space on his phone between WhatsApp and every other thing. We built Tapzo and it reduces this problem by giving close to 35+ different apps in one app. This time around, the idea is working a lot better and that’s what innovation looks like too: you become better at it, if you keep at it.

Along the way, we understood innovation better by travelling to other countries like China, which has a highly innovative internet market, even ahead of Silicon Valley. On one such trip to China with a group of Indian internet entrepreneurs, it was eye-opening to see how Chinese internet companies (especially utility apps) have silently made inroads into Indian mass markets without any fanfare. The Chinese had been able to understand the Indian user better than us!

Most Indian entrepreneurs and product managers build products for people like themselves—elite and westernised Indians who think and speak in English. Internet companies fight it out for the first 10-20 million internet users. However, to build a large internet business in India, you need find a way to build for 200 million common Indians. There’s scepticism around how you would be able to monetise these users but it won’t look too different from how FMCG companies solved it.

The reasons Chinese companies are more successful are that they are from outside and have an unbiased view of the market; and their manufacturing background has created a strong ethos of market research (where spending money on the wrong problem can become very costly).

In order to build an Internet product for the common Indian, we need to relate to and respect the common Indian and not show arrogance and even condescension towards these users. Given the different affluence levels, sometimes it can be genuinely be difficult to relate to their concerns. One weekend, I took all product managers in our team to Church Street in Bengaluru and we spent four hours talking to security guards, waitresses and small business owners. You need to see their phones, their home screens, and understand their behaviour.  For things to resonate with the average Indian mass user, we need to embrace our Indianness.  Lastly, think about basic aspects of the phone – battery, data usage, phone space, balance on their phone. For example, most readers of ET would think that Chrome is a great mobile browser until they see how UC Browser has built a download manager, optimised for Facebook messages and reduced data usage (all features super important for the common Indian). Think about having a vernacular version of the app or ABCD (astrology, Bollywood, cricket and divinity).

As Indian per capita GDP grows from US$1600 range to US$2500 per year (assuming 8% growth rate) in 5 years, Maslow’s hierarchy of mobile needs will also start changing. The consumption story on all fronts will pick up: 600M Indians sitting on feature phones will start moving to smartphones. The disposal income of the top 100 million Indians will fuel a movement upwards the Maslow’s hierarchy: apps which help them look better (make up apps), connect with others (live streaming apps), help them earn more money or get a better education (video learning apps) will become more and more sought after.

Innovation for India will remain messy and challenging, however, with disposable income levels going up and costs of accessing internet going down, there’s a great opportunity to go after this market and Indian internet companies who are here for the long haul will seriously start thinking about this.

Previous The Enterprise as an Instrument of Change

Next The Millennials: Exploring the World of the Largest Living Generation 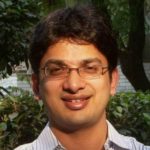 Founder and CEO, Tapzo. He left his cushy job as a corporate legal advisor at Linklaters LLP, London to start Akosha. He has built Akosha from scratch to a 100+ organization. He is a graduate from National Law School of India, Bangalore.

The Internet of Things: The Indian Context 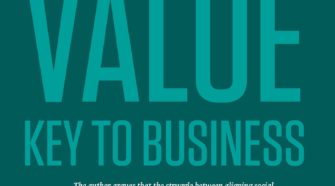