In citing the Barclay’s example, Paul Barnett brings to life the belief that a strong value system is the only means to a long-term sustainable business model.

“Most new businesses are founded by entrepreneurs who have visions rooted in a higher purpose and many have strong values. Losing sight of them is something that seems to happen in the middle and mature years of a company.”

“Banks now have safer balance sheets, better risk management, and improved governance and supervision. But the culture of short-termism that permeates the industry can’t be fixed solely by regulatory reform and harsh words. It’s got to be rooted in people’s behaviour.”

Being value-driven gives lasting competitive advantage where all other sources are transient, says Rita McGrath Columbia Business School professor and author of The End of Competitive Advantage. Examination of companies that survive many decades, or even centuries, indicates that this is a universal truth. In just about every country in the world, examples can be found: Johnson & Johnson (US), Doosan (Korea), Tata (India), Natura (Brazil), Unilever (UK). They were established by leaders with strong values and a purpose higher than just meeting quarterly earnings targets or even profit. The examples should remind owners “to not overlook the power of aligning personal needs with values and culture to enhance performance”. The examples of similar companies that have lost their way and suffered greatly, or failed completely, should make all business leaders take note. In both cases the numbers are too numerous to list. This is hardly surprising since most new businesses are founded by entrepreneurs who have a vison that is rooted in some higher purpose, and many have strong values. Losing sight of them is something that seems to happen in the middle and mature years of a company.

In this article I want to talk about one company that will be 325 years old next year. Over the years, like many of its other values-driven company peers, it made mistakes, but it was able to re-focus and renew when it needed to, and was guided by its values when it did so. More recently it has suffered a major catastrophe, but a new CEO is again focusing on values in a rescue attempt. I am talking about Barclays.

The founders of Barclays were Quakers who, back in the 17th century, thrived on a reputation for integrity and trust. Like so many cases of companies that have lost sight of their values, their crisis was sparked by industry disruption leading to the possibility of great gains for some and the demise of others. Rapid growth and scale, often through mergers and acquisitions, is nearly always seen as the way to win.

A turning point for Barclays, and many others in the banking sector, was the Big Bang – large scale market de-regulation which began in 1985-6 and peaked in the 1990’s with the end of the Glass-Steagall Act which had prevented banks being both commercial banks and investment banks. The separation was ended, giving rise to the creation of mega banks. The battle for scale raged and competition was fierce. The loosening of rules also led to the loosening of lending criteria and the introduction of more complex financial ‘products’. The dramatic consequences in terms of higher risks have been the source of our great suffering in recent years.

It was in this context, and having been overtaken by National Westminster Bank in terms of profitability, the Barclays board responded by joining the race for growth. They bought Wedd Durlacher Mardawrit and de Zoet v Bevan in a strategy to become an integrated investment bank, Barclays de Zoete Wedd (BZW).

The greatest problem resulting from this was one of cultural misalignment – the commercial banker and the investment banker being very different animals. It provides ample evidence of the truth apparently spoken by management guru Peter Drucker, “Culture eats strategy for breakfast”.

The need for scale as a prerequisite for success in an investment bank was recognised within Barclays by the CEO in 1997, Martin Taylor. He also recognised that Barclays lacked sufficient scale and recommended to the board that they exit investment banking. His proposal was rejected. In the years that followed the power of the investment bank traders increased, infecting the business with a virus-like transactional culture of strong competition, individualism and greed – typified by repeatedly expressed public concerns with the pay of Bob Diamond, now former Group Chief Executive of Barclays Plc.

A series of scandals, from the LIBOR Scandal to the mis-selling of payment protection insurance, has been blamed on this culture on several occasions. Perhaps the most high profile being the 244 page independent report into Barclays’ business practices by the City of London lawyer Anthony Salz. He suggested, “Significant failings developed in the organisation as it grew. The absence of a common purpose or common set of values has led to conduct problems, reputational damage and a loss of public trust”.

Talk about values and value statements are both likely to provoke cynical responses. There is a good reason for this. Many are meaningless rhetoric at best and poor attempts at manipulation and spin at worst. Particularly when the behaviours of leaders contradict them. The term values is also somewhat abstract and emotive.

So far I have used the Barclays experience to explore what can go wrong when values are forgotten and culture drifts. I have also said that in the past re-engaging with core values got the firm back on track after a problem. I am pleased to say that the current CEO Antony Jenkins is trying to get Barclays through the current crisis in a similar way. I now want to explore with you what that means in his words.

Jenkins gave a speech some time back to the Carnegie Council for Ethics in International Affairs on “Driving Competitive Advantage through Values-Based Leadership”. He informed the audience that he had joined the company in 2006 when the stock price was about £6. It peaked at about £8 pre-crisis and fell to 47p post crisis. Of this he said, “So if you ever need an example of why doing the right thing is also financially productive and constructive, that’s the example”.

By “doing the right thing” he was referring to his long-term belief that, “in the long term values-driven leadership will drive competitive advantage”. He added, “”You don’t get to be 324 years old without having to deal with the ups and downs of technological change, political upheaval, economic crises, and so on. You can only survive when you have strong values at its core”.

Commenting on recent history he said, “banks were too aggressive, they were too self-serving and too short-term-focused. I have seen this in my own career of 30 years within the banking industry. Now, post the crisis a lot has changed for the better. Banks now have safer balance sheets, better risk management, and improved governance and supervision. But the culture of short-termism that permeates the industry can’t be fixed solely by regulatory reform and harsh words. It’s got to be rooted in people’s behaviour”. He offered the view that, “The real cure for short-term thinking lies in changing the way that people think and behave. There can be no choice between doing well financially and behaving responsibly in business. The last half-dozen years make it obvious that you cannot have long-term success without behaving responsibly. This has to be integral to how you operate a company”.

These comments link to others he made in his closing remarks, “Now, let me finish these remarks by saying that none of this is about being soft or fluffy, about fulfilling a moral obligation. There are elements, clearly, of morality in what I have been talking about. But for me it’s as much about winning—winning in the long term for our customers and clients, because they can trust us; for society, because society can trust us; for our shareholders, because they can count on us for long-term, sustainable returns because of the way we run the business”.

Referring to the time he thinks it will take to bring about change he said, “We have to recognize that deep-rooted cultural change of the type I’m talking about at Barclays will take time—in my view, somewhere between five and ten years”.

On leadership and embedding values in the culture he said, “It’s the responsibility of leaders to set the benchmark for how people are expected to behave and hold them to account against this benchmark”, adding, “I often think that ethics in my own rather simple definition is about doing the right thing in the right way. That’s what leaders have to do if they are to drive the culture inside their organizations”.

On dealing with cynics he said, “”inevitably, we have our cynics and sceptics, we have our critics” and, “They have called me “Saint Antony” in the media in the UK because they think that I am hypocritically clothing myself in these values as a way to distract attention from what’s going on at Barclays”. But he says, “I recognize that what matters is not public commitment to change but, rather, demonstrating change over time and to earn the trust and permission to be believed—and we will do that. But it also falls to leaders to show resolve and stick to their principles in the face of difficult moments, including taking tough short-term decisions for longer-term benefit. This is really the heart of our value of stewardship”.

One questioner asked, “”Does ethics raise the value of Barclays stock?” to which the reply was, “I do believe that the decisions that will be taken by an ethical organization will ultimately result in greater value being created and, therefore, a higher value on the organization. Now, why do I think that? Firstly, because all businesses depend on trust, but banking depends on trust more than any other business. You give me your money and you expect me to give it back to you at some point in time. There is no greater trust in the commercial sense than that. So if you have a strong level of trust within the organization, then you are likely to win more business from your customers and clients. You can see that driving revenue. But there is also a sense in which an organization that has to solve a far more complex objective than just maximizing short-term profit, has to be a more capable organization”.

On the basis of his speech I see Antony Jenkins as a corporate idealist. This is a term I came across recently having read The Evolution of a Corporate Idealist by Christine Bader. My understanding is that corporate idealists are individuals who believe that business is the one institution that has the potential to solve the world’s problems more effectively than any other, and that doing so is just good business. If we want business to be a force for good, in a way that is also good for business, we need to spark a revolution. Or at least a movement, by supporting the Corporate Idealists.

Previous In conversation with Raghavendra Rau

Next Initiatives Companies can take towards Creating Shared Value 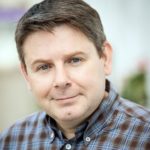 Paul Barnett is founder and CEO Strategic Management Forum, an organization that works towards advancing the professional practice of strategic management. 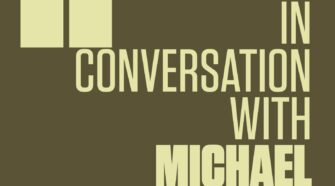