Change can’t be dictated, demanded, or otherwise forced upon people. A man or woman has to whole-heartedly commit to change.

“If I’ve learned one thing over my 35 years as an executive coach, speaker and author, it’s this: change has to come from within.”

“Who could say how many opportunities had vanished because people loathed being pummeled and brow-beaten?”

Change has to come from within. It can’t be dictated, demanded, or otherwise forced upon people. A man or woman who does not whole-heartedly commit to change will never change!

You know the people I’m talking about: she says she wants to change, but when it comes time to do so, she makes excuses and doesn’t follow through; or he says he’s eager for a new life, and then defends his old ways at every turn. It’s exhausting to keep up with the denial tactics, finger pointing, arguments, and justifications that people who really don’t want to change can come up with!

If I’ve learned one thing over my 35 years as an executive coach, speaker and author, it’s this: change has to come from within. It can’t be dictated, demanded, or otherwise forced upon people. A man or woman who does not whole-heartedly commit to change will never change.

That seems self-evident, but I didn’t absorb this simple truth until my twelfth year in the “change” business. By then I had done intensive one-on-one coaching with more than a hundred executives, nearly all successes but a smattering of failures too.

As I reviewed my failures, one conclusion leapt out: Some people say they want to change, but they don’t really mean it. I had erred profoundly in client selection. I believed the clients when they said they were committed to changing, but I had not drilled deeper to determine if they were telling the truth.

Not long after this revelation, I was asked to work with Harry, the chief operating officer of a large consulting firm. Harry was a smart, motivated, hard-working deliver-the-numbers alpha male who was also arrogant and over-delighted with himself. He was habitually disrespectful to his direct reports, driving several of them away to work for the competition. This development rattled the CEO, hence the call to me to coach Harry.

Harry talked a good game at first, assuring me that he was eager to get started and get better. I interviewed his colleagues and direct reports, even his wife and teenaged children. They all told the same story. Despite his sterling professional qualities, Harry had an overwhelming need to be the smartest person in the room, always proving that he was right, winning every argument. It was exhausting and off-putting. Who could say how many opportunities had vanished because people loathed being pummeled and brow-beaten?

As Harry and I reviewed his 360° feedback, he claimed to value the opinions of his co-workers and family members. Yet whenever I brought up an area for improvement, Harry would explain point by point how his questionable behaviour was actually justified. He’d remind me that he majored in psychology in college and then analyze the behavioural problems of everyone around him, concluding that they needed to change. In a mind-bending display of chutzpah, he asked me for suggestions in helping these people get better.

In my younger days, I would have overlooked Harry’s resistance. Mimicking his arrogance and denial, I would have convinced myself that I could help Harry where lesser mortals would fail. Fortunately I remembered my earlier lesson: Some people say they want to change, but they don’t really mean it. It was dawning on me that Harry was using our work together as another opportunity to display his superiority and to reverse the misperceptions of all the confused people surrounding him, including his wife and kids. By our fourth meeting I gave up the ghost. I told Harry that my coaching wouldn’t be helpful to him, and we parted ways. (I felt neither joy nor surprise when I later learned that the firm had fired Harry. Evidently the CEO had concluded that an individual who actively resists help has maxed out professionally and personally.)

I often call up my time with Harry as a stark example that, even when altering our behaviour represents all reward and no risk – and clinging to the status quo can cost us our careers and relationships – we resist change.

Marshall Goldsmith is the author of Triggers (Crown, 2015).  He was shortlisted for the 2015 Thinkers50 Leadership Award.

Previous The Nature of Managerial Mintzberg

Next In Conversation with Henry Mintzberg 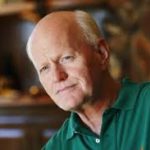 Marshall Goldsmith is the author or editor of 35 books, which have sold over two million copies, been translated into 30 languages and become bestsellers in 12 countries. He has written two New York Times bestsellers, MOJO and What Got You Here Won’t Get You There – a Wall Street Journal #1 business book and winner of the Harold Longman Award for Business Book of the Year. His new book Triggers: Creating Behavior that Lasts – Becoming the Person You Want to Be will be published May 19, 2015. He was shortlisted for the 2015 Thinkers50 Leadership Award. 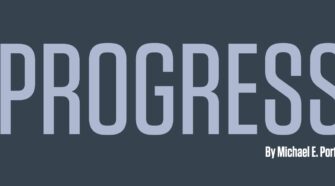