Keynote by Michael Porter at the #PorterPrize

The concept of shared value as such does not necessarily ask companies to stop what they are currently doing to improve the welfare of their customers but rather allows them to rethink their role to become much more powerful in bringing out the desired impact.

When a company in its own self-interest takes a broader view of its business so that both the community as well as the company wins is where shared value gets created.

There is an incredible set of challenges that our world faces today. A fundamental issue that has played a major role in redefining our institutions over time is the role of business in our society and its manifold problems. Traditionally, business did not concern itself with societal issues and it was either the government or the NGOs dealing with the problems in their societies. A famous economist once said that the social responsibility of business is to only maximize their profits but sadly, separating the role of business from impacting their societies is one of the greatest misunderstandings of how our world works and hence how competition works. A body of work that helps businesses think about their real roles in society is what has come to known as “creating shared value”.

Considering the quantum of challenges that the citizens of any country face presently, it is an undisputed matter that governments cannot alone tackle all such problems. The NGO community which was almost rare in its presence some 50 years back now presents us with an industry that deals in important social problems such as water, health, education, women empowerment, etc. They have grown over time in terms of size and number and have been raising quite a lot of money but are never able to address these problems on a larger scale because of limited resources. So, NGOs have been struggling too just like governments in playing their part. Perhaps a wise need of the hour is to start understanding incrementally that the only institution in society that can create wealth in the true sense is business. When a business is successful in meeting a need through its products and services at a reasonable profit margin then it is said to have created wealth because the profits made can be re-invested in the business to meet even greater needs. The concept of shared value does not necessarily ask companies to stop what they are currently doing to improve the welfare of their customers but rather allows them to rethink their role to become much more powerful in bringing out the desired impact.

Actions that involve giving a certain proportion out of the profits made, are not the right ones to address the many problems that our society faces today.

Historically, the initial effort by most of the business companies has been to engage in philanthropy by way of giving money to worthy causes. This sounds good, as being a citizen of our country, we want to contribute to our society and support it. However, what was observed back then was that a major chunk of companies tended to be unfocused and fragmented in playing this role towards their societies. To expand that vision then came an idea known as Corporate Social Responsibility (CSR). For multiple decades now, companies have been getting engaged in CSR programs that involve them taking ownership of the conditions prevailing in the community in which they operate. A push was brought about to raise the bar in terms of the whole idea of reaching out to their communities, and environmental sustainability is one of the big themes that came forward through the CSR initiatives by these companies. Such initiatives are helping a great deal in meeting some of the basic problems but companies must realize now that it is time for them to be more systematic in moving the needle in the right direction. Both philanthropy and CSR are about things that businesses need to perform side by side but what they also need to do is to understand that these alone will not help them fundamentally change their nation from a societal point of view. It is shared value that can allow companies to recognize their hidden potential in satisfying some of the unmet needs along with the already met ones.

When a company in its own self-interest takes a broader view of its business so that both the community as well as the company wins is where shared value gets created. It is what a business must do as a business to touch upon major societal issues. Since every business in the world and  in India has an opportunity which is different in its own way, it is the shared value concept that tells businesses to tap such opportunities to not just give money and have some decent compliance program but to use the business itself to impact social problems. The idea, therefore, is to not use a CSR model but a business model that can affect the society in a positive way.

The first and the foremost realization is to understand that there is no conflict between a business and the society. Rather there is an external level of fundamental synergy which must be touched upon in a way that benefits both the parties in question. Today, we see companies taking on broader issues, for example, going in for skill development programs that can help improve the profitability and sustainability of the business by way of retaining and hiring the best talent pool. Further, many of these companies are coming to realize that having less impact on the environment will make them use their resources better. So, if any issue that a company decides to take up is pursued from a shared value perspective then it is valuable not only for the community but will also work wonders for the company.

The traditional thinking about the relationship between the government, business, and society is now undergoing a significant change because of the concept of shared value. For long, it has been a dominant ideology that markets are going to ultimately fail in some cases. Considering the example of pollution which is a by-product in many industrial processes, it is typically assumed that companies will create externalities because of the pollution so generated and that it is the government which will need to regulate them to settle at fair outcomes. However, presently what we find is that most of the companies regulate themselves on pollution because they realize that pollution is nothing but an excessive cost that is unnecessary both for the society and their business. Such kinds of social needs are the largest unmet needs in our world and if we want our markets to expand and grow then the solution is to take on these biggest needs from the shared value lens. Hence, while philanthropy and CSR do no harm to our society, creating shared value is about both the business and the society winning together.

Creating value for the society as well for the business might seem easy at first but it is generally not. This is because every company and the value chains that they support are different from one another. Therefore, the shared value strategy must become a part of the core strategy of any business to support two of the core opportunities. First are the product and the customer base that a company chooses to serve. It is the product of any company that can become an instrument for dealing with certain social problems and helps in finding those customers who have been un-served or under-served. Second is the value chain where companies by using the shared value perspective are now thinking about the local environment around them to support their business. An important point that must be highlighted here is that all the businesses that are adopting shared value strategies are not venturing into just charity or anything related to CSR. In many of the cases, it turns out that had they not explored the new way of thinking towards solving their problems then going out of business was the only solution that was left for them to choose from.

To stand out exceptionally well amongst their competitors, a company must first figure out what societal issues it wants to address for the well-being of its business as well as the community that it serves. The next step then is to approach it differently from what others have been doing in the past. Actions that involve giving a certain proportion out of the profits made are not the right ones to address the many problems that our society faces today. It is all about how the business thinks of its role in the society that it aims to serve.

Next India Rising- Is Media Playing Its Role?

When More is not Better: Overcoming America’s Obsession with Economic Efficiency 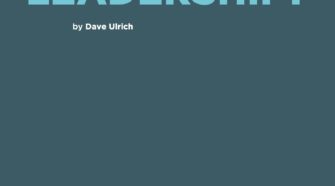