Digital technology has transformed the world of work. It has also changed the way we understand ourselves as human beings. But which thinker’s research and insights shed the newest and most original light on the new digital reality?  Thinkers50 showcases eight to follow:

Directors of the Massacussetts Institute of Technology’s (MIT) Initiative on the Digital Economy and co-authors of The Second Machine Age (Norton, 2014) and Race Against the Machine (Digital Frontier Press, 2011). Their latest book is Machine, Platform, Crowd (WW Norton, 2017).

An expert in robot ethics, Darling is a researcher at the MIT Media Lab. Her work explores the emotional connection between people and life-like machines and anticipates difficult questions that lawmakers, engineers, and the wider public will need to address as human-robot relationships evolve.

Professor of Information Systems at Spain’s IE Business School, Esteves’ work is at the forefront of understanding how technology impacts lives – from hacking to e-government and cyber attacks. He is co-author of Value in a Digital World (Springer, 2017).

Martin Ford is a futurist focusing on the impact of artificial intelligence and robotics on society and the economy, and the author of Rise of the Robots: Technology and the Threat of a Jobless Future (Basic books, 2015) and The Lights In the Tunnel: Automation, Accelerating Technology and the Economy of the Future (Acculant, 2009). He is founder of a Silicon Valley-based software development firm.

An Indian-born professor at New York University’s Stern School of Business, Ghose’s work focuses on economic issues and consumer behaviour as it relates to the internet, mobile, digital marketing, big data, and business analytics. In his book TAP: Unlocking the Mobile Economy (MIT Press, 2017), Ghose discusses the opportunities created by the global prevalence and dependence on smartphones.

Authors of The Blockchain Revolution: How the Technology behind Bitcoin is Changing Money, Business, and the World (Portfolio, 2016), an international bestseller.  Don Tapscott is also author of The Digital Economy, Wikinomics and other bestsellers.

The Abby Rockefeller Mauze Professor of the Social Studies of Science and Technology at MIT, as well as the founder and director of the MIT Initiative on Technology and Self, a center of research and reflection on the evolving connections between people and artifacts. She is the author of Reclaiming Conversation: The Power of Talk in a Digital Age (Penguin Press, 2015) and Alone Together: Why We Expect More from Technology and Less From Each Other (Basic Books, 2011).

A professor at Peking University’s School of Journalism and Communication, Hu Yong’s publications include Internet: The King Who Rules, the first book introducing the Internet to Chinese readers, and The Rising Cacophony: Personal Expression and Public Discussion in the Internet Age, documenting major transformations in Chinese cyberspace.  He is co-founder of the Digital Forum of China, a nonprofit organization that promotes public awareness of digitization and advocates a free and responsible Internet. His blog has a readership of seven million.

Next The 10 Principles of Implementation Excellence 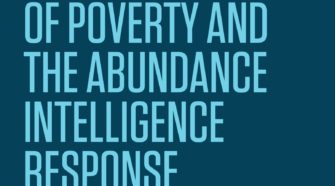