Interactive session led by Sanjay Khosla, Senior Fellow at the Kellogg School of Management and Senior Consultant at Boston Consulting Group on the book Riding The Tiger by Wilfried Aulbur and Amit Kapoor with the audience at the Shared Value Summit held recently in Gurgaon.

“When you try to do too many things then you are just going to lose focus, so it’s about focus and executing it right.”

“We should encourage young people to become entrepreneurs, give them education to be brave and try something new.”

The book “Riding the Tiger” gives us few important ideas. The first idea is focus, second is leadership and how people can become agile leaders, and the third idea is execution i.e. making it happen.  A person should focus on limited number of things, measure them and execute them in the best possible way. For example, when Kraft Foods took over Cadburys it was underperforming. The company was seduced by a billion Indians and a billion Chinese without focusing on what mattered, without getting the leadership right, and without getting the execution right. So, we focussed on five categories that was the start of a journey. The next thing was about leadership and getting local entrepreneurial managers connected as a family and then giving them the courage to make things happen. Finally, execution—success is ten percent strategy and ninety percent execution. It’s all about making things happen and execution matters the most.

How do we relate with the six factors mentioned in the book vis-à-vis exceling in all of them?

Operational excellence is a very basic necessity to be successful in this country because when we talk about manufacturing we need to talk about skill. It is going to be one of the things, which is going to drive our competitive advantage. When you try to do too many things then you are just going to lose focus, so it’s about focus and executing it right. If you talk about enterprises across the world, which have been successful, they have all focused on one idea which drives them and which creates the world-class enterprise or an organization.  Indigo is a great example of a company just focusing on one thing and getting it right. So it’s just one focus, one idea of who you are and what kind of value you create that then drives the rest of the company. Companies should keep their focus simple and clear, to win. For example, Procter and Gamble is one of the largest consumer goods companies in the world. Two years back an analyst killed them by stating that this company is become unfocussed. They are looking at the mirror, at themselves rather than outside the window at the customers. So we have to try hard to keep it simple and focus on five things.

There is a common DNA between the bigger enterprises and between social enterprises. Would we be better off doing partnerships with enterprises such as Unilever or a Procter and Gamble just because they happen to have a higher exchange rate on the resources that they would bring?

If you look at family enterprises, whether it’s a Thermax or Kirloskar, you will find that they already have strong social activities because they have from long understood that they have a responsibility towards the environment, their workers. There’s been investments in schools, employment, training, infrastructure in the various locations where they have plants. Take for instance, JSW steel plant in Vijayanagar. They invested very heavily in the local environment and when the steel crisis hit and Supreme Court said stop selling iron ore, the local communities rallying behind JSW steel wanted to give the company an opportunity to make money as it was vital for their children, and betterment of the overall lives of people. So, social responsibility should be already engrained within the overall business system.  The best way forward for a country such as India is to find for-profit business models. The two percent CSR law by the government is a problem because that limits us to invest in not-for-profit activities.  We would rather take that money, put it in a fund and find social enterprises that change India, have an impact on India and make some money in the process because if they make money they can scale.

What is the Tiger of new start-ups and the new investments and venture capital?

The start-up environment in India is positive and exciting. The road is obviously long and there is also a need to further support these start-ups. If we look at linking the Indian environment and the European environment from an investment perspective and market access perspective, the Europeans have the same complaints about their government as the Indians have. There is a lot to do, a lot to improve but we are not alone in that race.  Start-ups have challenges all over the place maybe less so in the United States and for example Israel has potentially a much better environment than us.

Do you believe that a lot of the new employment, new vocational training, and new careers are going to come from the start-up communities that are emerging? Or do you feel that the large companies are still going to dominate that area?

Two things are happening. The younger generation is taking risks. Some of the larger companies whether Indian or multinational still tend to be great training grounds to encourage talent. I think both will flourish in countries like India. India is a phenomenal training ground for leadership. The volatility and the ambiguity that happens in this country, makes that learning phenomenal.  Doing business in the US is relatively more straightforward because there are predictable models, retailers, and it is far more structured. However, the learning in this environment for leadership is just outstanding. If you succeed in India you can do it almost anywhere.

The good thing about America is if a person falls down 3-4 times he is still not a loser and he could be successful. There is a big hope in our country from young students who are the optimist citizens. We should encourage young people to become entrepreneurs, give them education to be brave and try something new.

Kindly elaborate the reason ‘Riding The Tiger’ was picked as the title for the book?

“Riding The Tiger” is a good combination of the kind of adrenaline that you have in country and symbolic of one of the greatest assets.  The excitement finds its translation in the image ‘Riding The Tiger’ where the tiger is sort of a core Indian animal.

Previous Discussion with Michael Porter on Competitiveness of India

Next Note From Editor-in-Chief 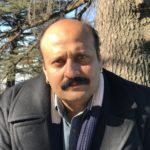 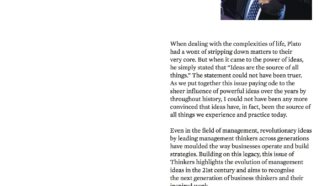