Question and Answer session with Michael E. Porter, Bishop William Lawrence University Professor at The Institute for Strategy and Competitiveness, based at the Harvard Business School led by Sukumar Ranganathan, Editor, Mint with the audience at the National Competitiveness Forum (NCF) and Porter Prize event held recently in Gurgaon.

“If we take off at Shanghai airport in China and land at Kennedy Airport in New York, then Kennedy Airport, New York feels like a developing country, it’s not world class.”

“I believe that our number one weakness is our political process/ system. It used to be our strength but now it is our divisiveness, we hate each other, we can’t agree, we can’t compromise, we can’t be practical, we can’t move ahead.”

Michael Porter: The US is in a very odd situation right now. I think we have had a very vibrant, dynamic economy for decade after decade.  Ever since World War II ended, the US has been through some ups and downs and a very dynamic path. We’ve been growing quite rapidly; have been raising wages quite rapidly; creating a lot of jobs but around the year 1999 we peaked in the US and started trending in the opposite direction. A lot of the dynamism that we had seen in terms of our economic performance stopped and we started seeing a very different set of economic outcomes, including job growth, wage growth, productivity growth, and lots of other metrics. About five years ago we put together a team led by me and conducted a lot of research. What we found was that US still has a lot of incredible strengths – strengths in entrepreneurship, in science and technology and in its great universities. However, we’ve allowed a whole bunch of weaknesses to emerge in our economy basically because of our own inaction.  The United States has not made real progress in its public education system, in increasing the vitality of skill development etc.  Our skills relative to other countries have declined. They are still not low but they’re not high anymore.

We used to have the highest skilled workforce in the world but now that is not so. The cost of doing business has gone up, we have a lot of regulation now, it’s very inefficient, the infrastructures are no longer that efficient etc. If we take off at Shanghai airport in China and land at Kennedy Airport in New York, then Kennedy Airport, New York feels like a developing country, it’s not world class. In a way, our own inaction in the US in making things better, in moving the ball forward in very basic areas like education, skill, infrastructure, regulation, healthcare costs is missing. Our healthcare costs are 18% of GDP and yet our quality isn’t better and we haven’t made progress whereas other countries like India are getting better and better. We are just standing still and that is why our competitiveness has fundamentally eroded in the global economy.

The root of the problem is our political system. We have not been able to pass any significant legislation in any of the areas where we’re weak.  Another good example is corporate tax rate.  We have the highest corporate tax rate in the world of any country that’s developed. Why would we think that companies would want to invest in the US if we have the highest corporate tax rate in the world? We are getting farther and farther away from the rest of the world but we can’t make progress. I believe that our number one weakness is our political process/ system. It used to be our strength but now it is our divisiveness, we hate each other, we can’t agree, we can’t compromise, we can’t be practical, we can’t move ahead.

Sukumar: Could we have a way to accelerate cluster development by pairing a successful cluster with one, which is developing?  For example, could we pair Silicon Valley with Bangalore and pair Boston with Delhi. Would that help the one that is developing to do so much faster?

Michael Porter: We see a lot of study tours.  We see groups from this cluster, visiting a place like Boston or Silicon Valley, making the rounds, getting to know companies, starting to build business connections etc. For example, there’s a huge cluster (flower cluster) that produces fresh flowers and cut flowers in Netherlands. It is interesting to note that Netherlands has the largest world export share in fresh cut flowers in spite of cold/ windy/ rainy weather conditions. This is because the flowers are grown inside the greenhouses under high tech climate control, sophisticated sensors, and automation. They are very innovative in developing new varieties in new complex kind of flowers. Through collaboration the Dutch have created a cluster in Kenya, Ecuador and have been involved in working with clusters in other countries because they realize that they’re not going to be able to efficiently produce for and ship flowers to lots of parts of the world particularly in the more complex flower varieties. So they want Kenya to ship into Europe, Ecuador to ship into United States. They’ve invested in the supplier base and technology; they have built partnerships, so there is collaboration among clusters in different parts of the world. This is part of optimizing a cluster and an industry in the modern global economy. The very advanced clusters at the very high-end are going to increasingly be more willing to outsource things as long as they are good and India could be one of those partners to do that with. There are lots of cluster efforts, we got to have good leadership, have commitment to do things, get everybody to put in a little money to support the effort and have the right kind of governance structure which can be very powerful.

Sukumar:  Where do you think India can get some tailwinds to pick up and be able to tap and contribute to the resurgence of global growth?

Michael Porter: Firstly, India is going to need to self-identify the growth engines and growth opportunities based on the reality of what is present and happening in India. We need to look at what’s bubbling; good data and these things will start to emerge. The regional leaders should start looking on the ground/ marketplace and not just hallucinate/ daydream. We have to build on what is bubbling and also encourage our existing clusters in India and then think about diversification. A lot of bottoms-up activity is required; we need to do work collaboratively across levels of government to support this effort. We are now building on the cluster portfolio of India across all states and the data is going to show us some of the areas where we have the greatest opportunity. There is a lot of entrepreneurship in India, a lot of energy and the question is how to use good strategic thinking to make some bets based on what’s happening on the ground and not do too much theoretical thinking.

Sukumar: Is there a threshold to the size of clusters beyond which they might lose their competitive edge?

Michael Porter: It may partly depend on the business itself i.e. different fields might have different circumstances. It is not so much the size per se but it is the kind of productivity and cost structure.  So we might see a cluster like the Dutch have in flowers grow very large and then they realize that it’s just too costly in Holland to do basic roses in terms of cultivation and ship of roses.  So, we need to find some other locations to grow roses; that means we can reallocate our efforts in the more advanced products. This happens as a cluster gets very large and as other areas get more competitive.

Another example is pharmaceuticals where bigger is better. Boston is literally the pharmaceutical capital of the world in terms of the research side, drug discovery, and every company in the world in this field has to be in Boston.  This is because that’s where the most advanced clinical practice is, that is where the supplier base is, that is where the new venture capital is. In some clusters I don’t see the constraint but it is quite natural that over time other locations will develop that can do pretty well and they may be in market segments that are not as advanced but a cluster in one country needs to recognize that it not try to do everything itself. It is a global economy and it’s all about efficiency and productivity. We need to start offshoring some of our stuff in order to be more competitive. 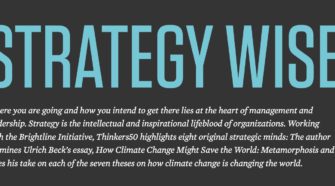