Developing countries have a steep price to pay on climate change if corrective measures such as disruptive entrepreneurship aren’t encouraged.

“A recent University of East Anglia study concludes that those living in the poorest countries will suffer the worst effects of climate change as the number of hot days in tropical developing countries is likely to increase leading to recurrent patterns of floods, droughts and higher intensity storms.”

If you have been following the recent news on climate change, there appears to be little cause for optimism. Levels of carbon dioxide in the southern hemisphere’s background atmosphere are pushing beyond the 400 parts per million (ppm) milestone. Depending on whom you ask, this could mean a tipping point or a red line that once breached locks in more tragic climate impacts that may be irreversible. This year India recorded the hottest temperature ever (51 degrees Celsius) while Australia mourned the loss of at least a third of the Great Barrier Reef. April 2016 was not only the hottest April globally since record keeping began in 1880 but also the 12th consecutive hottest month since then and 2016 may yet prove to be the hottest year on record. According to the US National Oceanic and Atmospheric Administration, the earth’s temperature in April was 1.1 degree Celsius higher than the 20th century average for April and 0.28 degree Celsius higher than the previous record in 2010.

A recent University of East Anglia study concludes that those living in the poorest countries will suffer the worst effects of climate change as the number of hot days in tropical developing countries is likely to increase leading to recurrent patterns of floods, droughts and higher intensity storms. Given that the world’s poorest 50 percent produce just 10 percent of carbon emissions and yet these are the populations which are at risk of being disproportionately impacted by floods, droughts, storms and diseases without adequate resources for expensive climate adaptation measures. A United Nations Environment report suggests that the cost of adapting to climate change in developing countries could rise to US$500 billion per year by 2050.

In the face of these grim statistics, there are other numbers that give rise to cautious hope. The UN Framework Convention on Climate Change (or COP 21 agreement) to limit global temperature rise to below 2 degrees Celsius has called on developed countries to provide US$100 billion annually by 2020 to help developing countries mitigate climate change. However, private sector ingenuity and disruptive entrepreneurship may prove to be more impactful. Global investment in renewable power and fuels (excluding large hydro-electric projects) in 2014 increased by 17% compared to 2013 fueled by dropping technology costs and in the face of a 50% drop in crude oil prices. What is remarkable about this growth is that investments in developing countries increased by 36% and accounted for almost half of the total investments. Led by China and India, countries such as Brazil, Chile, Mexico, Kenya, South Africa and Turkey all saw big upturns in investments in wind and solar power according to the Global Trends in Renewable Energy Investment report of 2015.

A World Bank study has identified that investment opportunities across 15 clean technology sectors in 145 developing countries are expected to top US$6.4 trillion over the next decade with 25 percent of that market accessible to small and medium enterprises. Led by investments in wastewater treatment, the other sectors with tremendous opportunities are clean water, onshore wind, solar PV, small hydro, solid waste, electric vehicles, geothermal, bioenergy, solar CSP, electric bikes, solar thermal, bus rapid transit, natural gas vehicles and biofuels. Clean technology solutions and investments in sectors such as renewable energy, clean water and climate smart agriculture can enable countries to leapfrog older inefficient technologies and find home grown solutions to local challenges. Local entrepreneurs are well positioned to tap into opportunities across the clean technology value chain in minor equipment manufacture, installation, civil works, retailing and operations and maintenance activities. Knowledge of domestic market opportunities and conditions, the need for specialization and lower financial and technical barriers to entry, makes these business opportunities particularly attractive to local small and medium enterprises, which can create jobs and increase incomes for especially unemployed women and youth.

However accessing these opportunities comes with a number of challenges for developing country entrepreneurs who face business entry, operational and exit regulatory barriers and high costs coupled with an undeveloped ecosystem to support innovation and small, uncompetitive domestic markets and undeveloped financial markets. Support for business incubation and acceleration through direct technical assistance and linkages to foreign investors such as through the World Bank’s infoDev climate innovation centers will tremendously benefit entrepreneurs in enhancing their skills and confidence and exposing them to world class ideas and business culture. Innovation finance through early stage financing and risk capital instruments are another critical area of support required as access to finance has been identified as the most critical barrier by many SMEs. Market and technology development initiatives through standards and support for R&D coupled with working towards a more enabling legal and regulatory framework are other areas of support that are vital for entrepreneurs to turn their innovative ideas into profitable businesses. Scaling up home grown solutions in developing countries through nurturing and supporting ingenuity and disruptive entrepreneurship in climate mitigation and adaptation technologies is a policy priority that countries need to make now, before it is too late.

Next In Conversation with Michael E. Porter 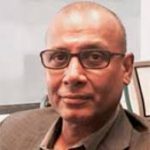 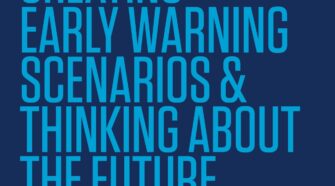