There is nothing so practical as a great idea. Which thinkers and organisations are really putting ideas to work? Thinkers50 suggests eight inspirations:

Antonio Nieto-Rodriguez is director of the Program Management Office at the pharmaceuticals company GlaxoSmithKline Vaccines and former chair of the Project Management Institute. He was head of post-merger integration at Fortis Bank, leading the largest takeover in financial service history: the acquisition of ABN AMRO. He is the author of The Focused Organization (Routledge, 2012) and creator of the Hierarchy of Purpose concept.

Professor of practice at the University of Virginia Darden School of Business, Mary Gentile is the creator and director of Giving Voice to Values — a pioneering business curriculum for values-driven leadership. A senior advisor at the Aspen Institute Business & Society Program, she is the author of Giving Voice To Values: How To Speak Your Mind When You Know What’s Right (Yale University Press, 2010). Giving Voice to Values has piloted in over 900 business schools and organizations globally.

Putting the sharing economy to work is the Chinese bike-sharing startup ofo. It began life two years ago with its founders pooling private savings of 150,000 yuan ($21,800). Dai Wei, the 26-year-old entrepreneur, named the firm ofo as the letters look like a bike. Its value was recently calculated as more than $3 billion. Over 6 million of the company’s bright yellow bikes can be found in more than 150 Chinese cities, and are now moving into London and Singapore with a planned expansion to 20 countries, including Japan, Spain, France, Netherland, Germany and the Philippines.

The UK’s Faculty of Medical Leadership and Management works to promote excellence in leadership on behalf of all doctors in the National Health Service and at all stages in their medical careers.  The CEO and medical director is a former neurosurgeon, Peter Lees, a long-time champion of the importance of leadership in the medical world.

Adele Sweetwood is senior vice president of global marketing for SAS.  She is the author of The Analytical Marketer: How to Transform Your Marketing Organization (HBR Press, 2016). Challenged to change by its company’s own analytical products, the SAS marketing organization was forced to rethink. The book presents practical guidance for developing a marketing culture that thrives on and adds value through data and analytics.

Peter Terium is CEO of the German energy giant Innogy SE (formerly CEO of RWE AG). The Dutchman initially trained as an accountant, then worked in roles with the Dutch Ministry of Finance and KMPG, before becoming CEO of Essent and then RWE. Using Deborah Rowland’s Still Moving model of change, Terium led a three-year journey to transform a large traditional energy company into a company fit for the new world of decentralised and decarbonised energy supply.

Anita Krohn Traaseth is the managing director of Innovation Norway, the Norwegian Government’s most important instrument for innovation and development of Norwegian enterprises and industry. Previously, she was CEO of Hewlett-Packard Norway. Traaseth has also had leading positions in Simula Innovation, Intelligent Quality, and Det Norske Veritas. In August 2012, she began to publish a personal blog on leadership, titled tinteguri and went on to publish her first book, Good enough for the bastards – courage, vulnerability and credibility (Kindle, 2014).

Louise van Rhyn is a social entrepreneur who believes the worlds’ biggest problems can be solved through cross-sector collaboration and an understanding of complex social change. In 2010 she started the School at the Centre of Community Social Change Process and the Partners for Possibility Leadership Development Process to change education in South Africa through collaborative partnerships between business leaders and school principals.

Previous The Revolution is Underway

Next Agility for the Strategist: the Slo Framework 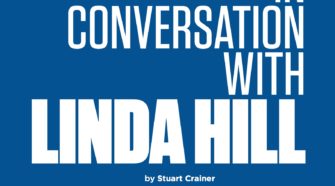