Competitiveness is a complex and growing area in a highly globalized world and cannot be understood simply from the purview of opinion surveys.

“The biggest gap may not be the most significant gap. I have been to countries where they had been told to invest more in R&D when what they needed to do was to extend the infrastructure, create running water, and educate children.”

“There are very few industries in which one country makes everything right these days. So from the word go, we have to think about international production systems.”

A lot of individuals understand and know about the World Economic Forum and IMD indices of competitiveness. Studying the aggregate indices of the past 30 years, we conclude that these are not useful.  One of the reasons for this is that they (WEF and IMD) mix things up with performance, which is subjected to opinion.  In the World Economic Forum case, roughly 70% of the data is from their opinion surveys. Opinions are fine but opinions are not performance. We need to have these opinions measured, and that’s performance. Moreover, surveys have limitations because of the number of people taking them. The key thing, however, is that anyone who works on competitiveness and talks about it concludes that it’s all about productivity and, that is why we should have a measure of competitiveness that is eventually a measure of productivity. Our measure is the gross national income divided by the population of employable age. We have chosen this means for a simple reason – productivity. For example, what’s the quickest way to raise your country’s average productivity- output per worker, output per hour of work?  You may fire marginal workers or you may fail to bring marginal workers into the workforce. So, we want to reward, not punish economies that bring people into the workforce and keep them employed.  It is a simple and direct measure and can be calculated for over 170 countries.

Why do we use all these international sources? The raw data is thrown in the database, and the index is calculated.  If we want to improve the performance of a country we look at the gap between the present and the expected performance. But this gap may not be the most significant gap. For, e.g., the biggest gap may not be the most significant gap. I have been to countries where they had been told to invest more in R&D when what they needed to do was to extend the infrastructure, create running water, and educate children. So we need to see what is necessary for each country and not just the big gaps.

Some examples from an Australian study use benchmarks creatively. Australia benchmarks itself against the likely suspects, which are the other small and medium size OECD (Organization for Economic Co-operation and Development) economies. When they compare themselves on various measures of the knowledge economy with these other typical suspects, they are above the 90th percentile in some, below the 30th percentile in some others and balanced out for other measures. If we are looking at the industries within Australia, their small and medium size OECD countries are not relevant either as markets or as competitors.  They are benchmarking themselves against countries that they might learn something from but from competitive and business standpoints this is entirely useless.  So when it comes to markets for Australia particularly, when it comes to knowledge intensive industries, they should be looking at the Asia Pacific where they have huge advantages.  They are way better than the other economies in the Asia Pacific, US, UK and Germany. So, we need to use the appropriate benchmarks and to use the data creatively.

Bringing Business into The Frame

We also need to have a sequenced approach. When the World Economic Forum releases its reports on how India compares with US, UK or Germany, then the comparison should also be made with China and Thailand. When India is compared with the countries ranked between 30-40, instead of the top three ranked countries a completely different picture is obtained. It is then we bring business into the frame.  A global survey of individual industries was conducted on the drivers of competitiveness with over 20,000 responses. Many of the competitiveness drivers that people talk about are relevant in some industries but not in others. Looking at some of the examples from Australia. First, higher education sector, which is a huge net export winner for Australia and is a business worth nearly $15 billion. If we take the capabilities, location, etc., they are on par if not better than their relevant competitors for the students they go after. Now, contrast that with the auto sector, which historically has been subsidized and protected in Australia. Australia is hopelessly behind competitors in more than half of the parameters that are important to competiveness in that industry and they will not improve all of those efficiently to win. This is one reason why the government decided to stop protecting them which allowed them to sign free trade agreements with Japan, Korea, and China. This would create thousands of jobs in Australia. One page competitiveness maps can be built for any industry and economy to figure out what’s important, what needs to be improved, what needs to leverage and what’s not important.

We use a very simple tool to organize it.  We look at the global or international opportunities afforded to the country and how is the country situated to take advantage of those.  We need to have the right rules, regulations, labor force, etc., but that is not enough.  We have to get the clusters, the interlocking companies and firms going.  We need the industries that can do it and then of course, most critically, we need the firms that can either take advantage or if necessary, drill back through the disadvantages.  If you don’t get a point here or there, anyone of these levels can kill your competiveness. That is why Australia, which is so rich in knowledge intensive goods and services doesn’t perform well in East Asia other than education services. This is because their firm and industry structure does not allow them to. The firms are too small individually to penetrate markets that are culturally distant to them and they don’t have the ability to organize at the industry level to overcome the small firms disadvantage.

What India Can Learn From China

If we look at China’s emergence particular as an export-manufacturing powerhouse, there are some lessons to be learned. First and foremost is that the supply chain in China is global for e.g. China has 349 suppliers of iPhone, which India does not have. We have to think about international production systems. China started by taking the assembly portion of what already existed as a very dynamic East Asian production system and then gradually, has absorbed more and has been an international phenomenon. Secondly, the export processing is vital to China’s exports. China exports more than $800 billion worth of export process in a trade where the inputs are imported for the most part, and capital goods are assembled in China and sent out. 74% of China’s exports come from 3% of its land mass. This was achieved by building the infrastructure around three major ports and then bringing the labor to the infrastructure rather than the other way around. In India, this has to be thought through, and one needs to think about location, labor mobility, infrastructure, and what should be the mix that allows it to penetrate through the export markets. Foreign invested enterprises are key to China’s trade, and less than 50% of China’s exports come from foreign-invested enterprises. Foreign-invested enterprises export over a trillion US dollars worth each year from China and have a net trade of over USD 200 billion.

A lot of questions have to be answered if we have a look at “Make in India.” The first one being what is the supply chain strategy in India? Globally a country has to be a part of the supply chain, as everything in a sector is not manufactured locally. We would also have to look at regional production chains and trade network because of the challenging environment in South Asia. What is the export strategy for Make in India? What’s the infrastructure strategy for Make in India? Is it going to be 200 kilometers in from three major port regions? Are we going to have to connect the entire country in order to connect the manufacturing capabilities to global markets? What’s the labor and labor mobility strategy? What’s the trade-off between labor mobility and infrastructure investment that India can make again to access global markets? What’s the foreign investment strategy for Make in India? Are Indian cities like Delhi or Mumbai capable of becoming the centres of integration of manufacturing with the rest of the world and link businesses to the global economy? So, Make in India has to be a mix of making products for the international markets and the domestic markets. The things have to be worked out differently for both the markets and we would have to look into the affordability factor. Initially China was focusing on the export markets as the people could not afford the products but after building up the capabilities over a period of time their focus shifted to the domestic markets. At the same time using the vast amount of wealth that had been generated by being able to penetrate global markets in order to create a consumer base at home. Similarly, a deeper analysis of the Indian market has to be done to understand the perspective of Make in India.

Previous Communication Challenges of the Future

Next In Conversation with Navi Radjou and Jaideep Prabhu 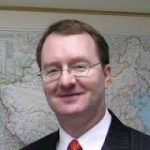 State of the Economy – Building a New India 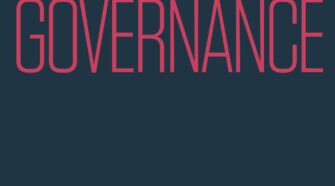