In an interaction with Naveen Jindal, Chairman of Jindal Steel and Power Limited, Michael Porter, Professor, Harvard Business School, shares an in-depth view on the Shared Value construct, its many advantages and opportunities, and how it can be successfully applied in the developed and developing world.

Cross subsidization has been a practical way of helping a lot of very low income people at least have some access while extracting that from others in the society.

There is not a single highly competitive and a progressing country in the world that boasts of a large public sector owned economic footprint.

In India, we are too much dependent on the government policies and that is because of the legacy of socialism.  We have the highest taxes whether it is royalty on natural resources, electricity consumed, etc. Competing within India is not an issue as everyone is subjected to same taxes. So, this makes manufacturing very expensive in India and manufacturing is the key to get jobs for our millions of youth because not all those millions of youth are highly educated that they can go for services.  What are your views on competing globally with high taxes and cross-subsidization? Do you think taxes become counter protective and make us uncompetitive?

Cross subsidization has been a practical way of helping a lot of very low-income people at least have some access while extracting that from others in the society. For India, it is understandable because there has been a need and that is also how the revenue gets collected in the country. However, as we know, this works in a closed system for just the country itself. No doubt resources are required for providing necessary public services particularly for the poor but to make progress over time, we must get ourselves into alignment with our competitors as one cannot use the increased cost of doing business as a strategy to improve the competitiveness of the country. To build a certain revenue mark we need to rethink the way we price and tax so that we put ourselves on a plain field with other countries that is realistic and which allows manufacturing as well as other parts of the economy to flourish. In many countries, one must provide income supplements so that the lower income people can pay a reasonable price for fundamental things that they need like food and other services. Here, there is an equilibrium that is going to be complicated while adjusting and the way that we approach this is preventing us from getting into a better place where we can be more productive. For example, we could have more of manufacturing coupled with greater job generation in this sector if we find better ways to provide the desired help. We need to bring the cost of business down and make it possible for Indian companies to export. Of course, manufacturing alone is not going to be the answer so we need to grow job opportunities across all the sectors of the economy.

There must be a positive cycle operating where we get more efficient and support a bigger market where the cost goes down for most of the products and services with more people having to afford them. Currently, we see that there are a few barriers and that the government faces complicated challenges to unwind some of the fundamentally uncompetitive traces that were initially made for good practical reasons. Hence, the circumstances today and the opportunity to get into a better place are the forces that can make us rethink those policies.

You have voiced many times that it is not governments but the private sector creating wealth. Then how do you feel about countries like India having a huge public sector? Every political party here feels very strongly about protecting its public sector. What is your take on this?

There is not a single highly competitive and a progressing country in the world that boasts of a large public sector-owned economic footprint. Although I do believe that it is hard to privatize everything quickly, what we can do is to start making public companies that are able to perform better through greater autonomy in corporate governance. There are already systems around the world that have found effective ways to migrate their publically owned companies towards real companies that are profitable and open to competition. This is because there comes no true benefit to the society from having public sector monopolies except for the fact that they provide employment to many. They essentially keep on draining the resources which are limited but can hire even a greater proportion of the population if they become more efficient and productive leading to lower prices and hence a bigger demand. At the same time, I think we need to be very careful in migrating from the public to private so that it is a win-win opportunity that not only allows those companies to get better but also starts to create an efficient situation for all the customers depending on those companies. Thus, it is all a part of a new realignment that is required in a country stuck with the socialist legacy and the unwinding process is still underway which is going to be a part of a whole big strategic plan.

India suffers from over competition. It is full of entrepreneurs and everyone is very ambitious. So, for the same project we have multiple people chasing it, which further leads to challenges. A lot of public sectors are competing directly with private sector and those public-sector companies are also doing as well as private sector. So, wherever there is open competition, the consumer gets the best, and the companies have really evolved and are world class even though they are public sector, but where there is less competition, there are challenges. 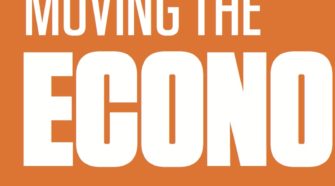