In an interaction between Amit Kapoor and Stuart Hart, global thinker and Founder and President of Enterprise for a Sustainable World, a non-profit organisation dedicated to helping businesses make the transition to sustainability, the latter talks about how Indian micro finance institutions can work towards cleaning their negative image.

“From a business point of view it’s in the business person’s interest to make more and more people less poor because then you can migrate people up the value chain further.”

“The inclusive business model provides livelihoods; functionality local people did not have before, and is highly profitable all at the same time.”

How do you think the negative air around micro finance can get resolved? Are other financial mechanisms going to evolve for helping new entrepreneurs?

Micro-financiers who are promotional in character have now overreached and have created some negative air about them and in some cases have become extractive by charging rates that are not relevant. So, you get a push back on micro finance rates as there would always be players who would abuse the opportunity. But that does not undermine the importance of micro finance overall. It’s enormously important in building the craft businesses of the world. Micro finance is not a vehicle for building the promotional businesses of the future. That requires a different type of financing. India does not have the traditional venture capitalist structure as in the US. The traditional structure of VC in US does not do a good job of funding the kind of BOP sustainable enterprises that we are after.

These kinds of enterprises require time on the ground, capacity building, partnering and trust building in order to develop a viable value proposition. The traditional VC model out of California or Boston does not factor in the pioneer gap time. That VC model has a much shorter time clock and many of them have been involved in several ventures. The traditional VC does not have the patience to wait for 3-4 years for creation of a trust based value proposition in business model.

So, what we are seeing is the beginning of impact investing and I would say India is the epicenter of impact investing. The impact investing space is now like the Wild West in that it’s the whole spectrum, people who would ideologically think that in order to get the investment we need in social businesses we have to eliminate the capitalistic incentive. We have this whole new innovative financing space where you have financers playing with different models and it is not clear which one of them work the best. In order to promote tomorrow’s sustainable BOP promotional enterprises there has to be market returns that are not going to trap the investment capital you need to create the scale necessary to build the impact. There is not enough philanthropy capital in the world, there is some, to do social businesses, but there isn’t enough to get to the level of investment that we are going to need for the impact or the transformation that we want.

I think we have to figure out how we can have the market returns and at the same time lift the poor, generate opportunities, build capacity, generate livelihoods, make market returns, and leap frog to the future technologically. That’s when I will call the BOP enterprise, green leap. That’s where the big opportunity lies in the next decade. It is relatively easy to start small local enterprises with 0-return on capital. The thing that takes the most creativity is how do you simultaneously converge disruptive leapfrog technologies and inclusive business models that lift the poor and generate market returns at the same time.

How do you react to people who are in the business of exploiting the poor?

It would be a clinically correct statement to say that if your job is to provide aid and there is less and less need for aid, then fewer people are going to work in that space so that there may be perverse incentives built into that system. If you flip it over and look at it from an entrepreneur’s lens then the reverse is true. From a business point of view it’s in the business person’s interest to make more and more people less poor because then you can migrate people up the value chain further. Not only you can expand business opportunity but they also become prospective customers for a broader range of products and some would be considered up-market over time. The only way that happens is to alleviate their income levels.

How does capitalism look at its future?

There are people who would look at the institutions of capitalism. If we look in to the future 50 years hence, the population growth would have been stabilized and we would be living in a world of stable/ declining population. We would be living within nature’s budget meaning we cannot take the natural capital more than nature generates. And we can’t put more waste back into the system than nature can absorb. There are certain systems/ conditions that suggest that the current model to understand growth cannot continue. Hence I see the capitalistic motivation, which is to achieve competitive advantage, to search for growth and profit opportunities, actually can be trend to an advantage, which can help us move up toward that more sustainable world looking out 30-40-50 years. We can use the current capitalistic motivation to get to tomorrow’s technology and business models. We have immediate need to transform to more environmental sustainable technology that’s innovation entrepreneurship opportunity. Over the next 2-3-4 decades, if we look at it through right set of glasses the current incentives of capitalist system would lead to a more sustainable world because there is an entrepreneurial opportunity to leap frog to environmentally sustainable technology and to grow by serving the other because that’s really the only place where growth remains. We can continue to grow and sell high end products to rich people and that becomes a more increasing competitive space. In order to be successful purely at the top of the pyramid is really tough but when it comes to the base of the income pyramid that’s still relatively unoccupied space. If it does not happen through entrepreneurship then it would happen through the club of government eventually which is bad for the world if it is just government swinging the club. So, I actually see the entrepreneurial process over the next 20 years as one of the important leverage points to getting the world to say 2040-2050 where we have stabilized human population, where we are living within the natural capital budget.

How would governments have to transform themselves to enable the kind of idea that you are saying?

The current character of political organizations is not sustainable in my view. We have now had 300 plus nation states as a part of the dominant political organizations and I think the whole concept of nation states may be out, just like the concept of 19th century industrial capitalism. We would probably have to adapt and change in the coming years. I think the mind of political organization would also have to shift. If you look at what is going on in the world, most of the innovative public policy happening in the government is happening at the local level, i.e. cities/ mayors who are the real political innovators. Innovative thinking is also happening at the global level where problems are trans-boundary that they don’t respect national boundaries. So, we are going to need innovative solutions that require global collaboration. At the other end of the spectrum it is being more embedded in the communities and that is local government who are the mayors that making it happen at the local level on the ground. In some sense nation states are stuck in the middle they really don’t do a good job of either one of those things.

What do you think would be the best example of your work that has created a transformation on ground?

The entire thing looks like a puzzle where we do not know the pieces of the puzzle. This evidence can be seen in both corporations and entrepreneurial ventures. If I look at HUL – the Shakti program has the elements of the puzzle pieces but not the whole puzzle. For example a Chinese company “Tsinghua Solar” is a very interesting company sprung out of Tsinghua University. They have innovated glass vacuum tube solar heat technology. Most of the solar hot water market today uses flat panel solar – the cost is coming down but still typically beyond the reach of most people. It has created this technology for Jet for making hot water using glass vacuum tubes. So, it’s very inexpensive and sustainable from a materials point of view. It’s basically glass vacuum tubes stuck into a water tank and they heat the water. It’s extremely good at collecting the sun’s energy and heat. There is a notion that green products are for the rich people which is a huge mistake. So they tried to market in the high end markets of Shanghai and Beijing. The product completely failed as those people already had hot water. So, they went out to the towns and the rural areas, outside of the big cities, in central and western China and they discovered enormous demand where people had only periodic access to hot water. They had to adopt the technology and product and create a different business model which included the local people. So, they had to transform the design of the artifact itself and then create inclusive financing mechanism of business model that employed local people and sales and service. It took some time but they eventually figured out that this is really the growth engine. Over the last decade this glass vacuum tube solar water hot system has become a billion dollar industry. It has grown from the bottom up and is growing 60% a year just in China. So, the technology started first in the underserved space, leap frog and then inherently went global. The inclusive business model provides livelihoods; functionality local people did not have before, and is highly profitable all at the same time. I see this company as offering many of the puzzle pieces for the future of sustainable entrepreneurship and is a leverage point for getting us out of the trap that we are in.

Previous In Conversation with Mike Walsh

Next In Conversation with Christian Ketels 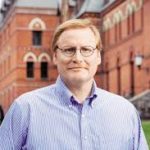 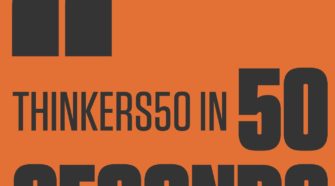