As of today, one of the biggest downsides of activist media is that everything gets stuck in a binary chord, meaning you are either right or wrong.

Fundamentally, the trajectory of India’s growth over the last 15 years has been on an upward trend, i.e., the growth story is a “rising India” story. Looking at the per capita income from 2006 to 2016, one would argue that the pace of growth is not as rapid as it should be but it is at the same time indisputable that despite all the crises that our world has seen over the last few years, India has managed to emerge as a rising economy.

Talking about the role of the media, especially television (TV) news media, everyone has a different point of view as to how it is expected to tackle on issues which are deemed important from the eyes of the nation as a whole. However, the first and the foremost question which must be addressed here is that: Why does television news matter at all? Recent data from the Broadcast Audience Research Council (BARC) India shows that there has been an 84% and 82% growth in viewership of English general news channels and English business news channels respectively in a period of two years since its inception. These figures are indicative of the fact that people now seem to have an appetite for English news (whether general or business) along with the usual Hindi news demand. While the earlier days of Indian TV news media can be traced back to Doordarshan (DD) when the state-sponsored media commanded a monopoly, it was with the advent of private news TV that brought in a revolutionary change, with an initial approach of cautious dealing and then moving on to play the role of opposition. At the time, TV news media, in contrast to print news media, started to set a tone for an altogether different kind of media known as activist media. Although a hit amongst the masses, there are certain pitfalls towards this fresh approach by the news media.

As of today, one of the biggest downsides of activist media is that everything gets stuck in a binary chord, meaning you are either right or wrong. There is absolutely no in-between, at least for the English TV news media. The flipside to the same approach happens to be the priorities that get decided in the whole process. What is it that TV news media is chasing? The answer to this question can be figured out through another data source from the BARC which gives the content-wise split on English news channels over a six-month time from 4th February to 4th August 2017. It shows that 39% of the content comes under crime, law & order, 31% accounts for politics and government news and lastly, close to 16% is attributed to social issues and others. So, strictly going by these figures, we find that the TV news media while having the power, the influence and most importantly the reach, has till now set its priorities stacked heavily in favor of a certain genre of content. The most legitimate argument given in favor of such skewness towards the content which is shown is that if viewers are willing to watch crime or law and order related issues then why not feed them with these debates rather than focusing on what they are most unlikely to watch? However, the reality is that on the one hand, we boast ourselves of a media which assumes the role of an activist in bringing about a change, and on the other hand, a large part of its skills gets channeled in areas that are not adding to what is appropriately termed as “nation-building.”

Most of the times the focus remains on issues that are narrow and therefore a large majority of reportage or news gathering skills get wasted on issues that do not really contribute towards nation-building. To take the example of the share of financial products in household savings in India over the past few years, its pace of growth prompts the argument that for long now India has had business media channels but they all have fundamentally failed to impress upon our people the importance of moving household savings into financial assets. Therefore, the need is to question ourselves on how to define the role that we are going to play in our society. This example is one of the many planks that Indian media or more specifically the TV business media must stand for and move away from the way they have been traditionally tutored to contribute to the society.

The basic problem lies in assuming a binary position i.e., either you are a cheerleader of an issue or you are not. The solution is to find a fine line between the two binary outcomes which will contribute to building our nation in a true sense.

Next In Conversation with Michael Porter 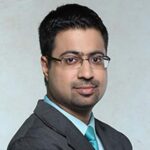 Sandeep has been one of the youngest journalist to head any news channel in India. He is presently ET NOW’s Managing Editor and Lead prime time anchor. His impeccable news sense and a mature all round perspective make Sandeep a skilled interviewer, he has interviewed key names across politics, business, economists, global opinion makers and thought leaders.

The Next 5 Years: Leading Digital Transformation 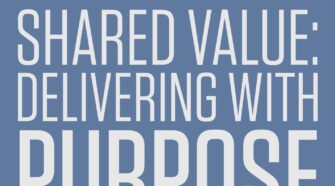