A lot is to be gained by our country as a whole if the ‘Make in India’ campaign is expanded to ‘Make of Importance in India’ where the success of business, production and competitiveness hinge on a strong  and sound strategy.

“Never trust an idea that you cannot illustrate with a crayon.  It must be as simple as that so that everybody across the organization can understand it.”

I have often heard people say “less is more” in the context of strategy. For a long time, I did not understand its meaning till I read an article by my favorite marketing guru, Al Ries. He explained strategy as the narrowing of focus and how in difficult times instead of trying to do more, a company should probably seek to do less to sharpen its focus. Another distinct articulation of the same concept comes from Professor Michael E. Porter. He stated that the presence of strategy in a company is best indicated by what it decides not to do because he who decides to do everything will be the inevitable jack-of-all-trades. While we deliberate on the importance of ‘Make in India’, I would want to tweak it to “Make of Importance in India”. We don’t want to become the next sweatshop of the world. We would like to make things that earn money.

It is very relevant to Bajaj Auto because about 12 years back they made every conceivable kind of 2-wheeler but then suddenly they ventured into making of motorcycles, i.e., not to make all the other kind of 2-wheelers. Also, till about 12 years back Bajaj Auto was a 100% domestic player, it wanted to become a global player because that was the only way to demonstrate excellence. This thought process also lead to the observation that in this hypercompetitive world if companies want to excel on a global platform then they would have to narrow their focus and do one thing well.  Having followed this strategy over the past 12 years, today the entire product range of Bajaj auto is manufactured in India and half of the production of is exported to US, Europe, Asia, Africa, Japan, Latin and it is the number one/ two company in all the markets.

Did we predict that success would come so quickly when we started out?  No, we had no idea. Even internally we had no such predictions because predictions are fraught with errors. In 2004, Al Ries quoted a statistic in his book called “The Origin of Brands”, that said 95% of the time managers get their predictions wrong irrespective of whether one is in India or China, 90 to 95 percent of products and services fail.

So the question is would you send your children to a school where 90% of the kids fail? Would you fly an airline that is not on time 90% off the time? No. Then what gives us managers the right to be wrong 90% of the time? Another similar observation was made in an article in the Harvard Business Review’s April 2011 edition.  It seemed to suggest that success comes not 5% of the time but perhaps 25% of the time, and real success comes only 3 percent of the time.

Management Not A Science

I am an engineer and finished my masters in 1990. Since then I was groomed for a management job, and I never went to a business or management school, but I did try and learn some management along the way. In 1990, the Toyota Production System (TPS) was very popular and fashionable, and I came back to work for Bajaj Auto. Before I could read and thoroughly understand the book, MIT (the Massachusetts Institute of Technology) produced Lean. When the US came out with Lean manufacturing I thought TPS is passé; I should learn about Lean now. So for a while, I read up on Lean while other theories were being floated like World Class Manufacturing, core competence, quality function and deployment, Six Sigma, etc. Just-In-Time became very big, at least, in India. It was very confusing, and it all seemed a sinister plot to keep me a perpetual student all my life.  The problem was that before I had learned something, I had to unlearn quickly and then learn something else.

If we Google the “first law of motion”, it will come up and even after 50 years it would remain the same. Similarly, if we Google the  “second law of entropy in chemistry” it has not changed in 100 years. But if we Google “first or second or third law of management” the screen will go blank because it doesn’t exist. Management is not a science. Unfortunately, management is hindsight. It is an anecdote. Management is luck by chance, and that is why we succeed only 5 percent of the time.

I repeat, management is not a science, but it is hindsight or an anecdote. It is luck by chance, and that is why the success rate is 5%. This can also be called disruption. This new theory of disruption states that one should unlearn everything and learn up on disruption. So, every person in the organization from chairman to watchman must learn disruption. I decided to define strategy in a simple way because one should never trust an idea that cannot be illustrated with a crayon.

This is our strategy at Bajaj Auto; I call this my soda can strategy, i.e., the strategy of familiarity where familiarity breeds contempt though I do not completely believe in this strategy. I believe in the strategy of differentiation – making everything except what the leader is making. I believe in this strategy because only novelty breeds desire and curiosity. There are three ways one can make things differently. Firstly, we can make our own Coke but make it different, i.e., make a Pepsi that is sweeter or Thumbs-Up that is stronger. We produced a brand called the Discover which was in the same space as our competitor but was different. Secondly, make something so different that it becomes the opposite. For instance, don’t make a Coke which is black, make a 7UP which is transparent; make the opposite of the leader. In the case of motorcycles, if something is high on mileage, make a powerful motorcycle, that is what we did with a Pulsar. Thirdly, make the product so different, that it’s almost incomparable in a space of its own. It’s a niche as everything starts from a niche. Often marketers hesitate to make such decisions because everybody wants to have volumes, and nobody wants to be in the niche. If you want to market volumes, market from a niche. This is the bedrock of our strategy which helps us to ‘Make of Importance in India’ in the last 12 years, and we have been successful in going across the world and doing it profitably. This makes us for the last five years, the most profitable auto company in the world, not only in India.

The power of strategy is how do you make something subjective as objective. The average human being cannot perceive a difference if it is under 10%. If the improvement is 10 to 20%, people begin to perceive it, but they only appreciate it of the leader. The prerogative of a leader is to make things better with a different strategy. This would not work for the challenger. It is not a strategy of customer acquisition but a strategy of customer satisfaction. A “Leader” needs a different strategy as compared to a “challenger”.

The strategy for the challenger starts when he makes a product which is completely different, creates a category within itself, develops its own customer base who gives pricing power, who doesn’t compare you with the leader, who doesn’t ask for discounts, and who doesn’t lead the advertising support, and finally make more money. Bajaj Auto was successful in doing this by the acquisition of a company called KTM, a motorcycle company based out of Austria. If you make it so different that it is niche, i.e., an off-road racing motorcycle then you are in a league of your own, like Harley Davidson in the US, or like Royal Enfield has done so remarkably well in India. So, this is how we took a subjective idea and made it objective. So to make successful in India, I would like to say, ignore the buzzwords, ignore the slogans, and ignore the press and the pundits, which means all the media and the advertising agencies. Believe in somebody who has done it, who has demonstrated it, such as the legendary. If ‘Make in India’ is approached logically whether it is to decide where to put infrastructure or where to move labor, we will successfully “Make of Importance in India.”

Next How emerging nations can position themselves in the knowledge economy 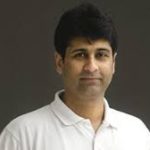 Rajiv Bajaj is the managing Director of Bajaj Auto since April 2005. His current priority is the application of the scientific principles of Homeopathy to the task of building a brand centred strategy at Bajaj Auto with the objective of achieving its vision of being one of the world’s leading motorcycle and small commercial vehicle manufacturers. 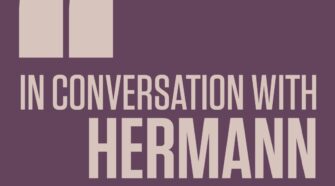