Innovation is not solely the preserve of desperately fashionable entrepreneurs in Silicon Valley. Sometimes it comes wearing a cardigan.

“Today, supercomputers are attracting a lot of attention as a tool for solving important challenges facing human society, such as environmental issues and the next generation of healthcare.”

“K Computer will make the future for Fujitsu, Japan and for human beings.”

The world’s biggest supercomputer is a big deal.  In 2012 we talked to the members of a Japanese team who are involved in developing a computer nicknamed K. The name was a play on the Japanese word ‘kei’ for the number 10 to the power of 16.  It is a big number and a big build with a $1 billion development budget for which 1,000 people are involved.  Development began in 2007 and ended in 2012 with K being celebrated as the fastest of the fastest.

We met managers and leaders from a Japanese company Fujitsu involved in this huge project.  It was striking how down-to-earth they were.  The Fujitsu team were not a classic Silicon Valley material. They were neither hip nor cool.  There were no jeans, not even chinos.   No casual wear; nothing casual at all.  Indeed, when we met the project manager he looked like a typical middle-aged Japanese corporate man wearing a suit with a cardigan to stave off the Tokyo winter chill.  Ordinary people involved in an extraordinary project.

We also talked to Aiichirou Inque, a gentle, affable yet intense man.  After 27 years with the company one could have forgiven him for an air of ennui. Instead, when we spoke he was a ball of creative energy, excited and under pressure in equal measure.  “At my previous company I couldn’t do the things I wanted to do.  I wanted to build something by myself, not just to use it, but to build it. For me that’s what it is all about.”

And now Inque was charged with developing the K Computer being built at Japan’s Institute of Physical and Chemical Research, known as Riken, near Osaka.

Developing the supercomputer is about more than an arms race. The term supercomputer was coined in the 1960s to describe a computer that is at the frontier of current computing capability. Today, supercomputers are attracting a lot of attention as a tool for solving important challenges facing human society, such as environmental issues and the next generation of healthcare.

Supercomputers are capable of quickly performing large-scale and advanced calculations that are difficult or impossible to solve with conventional computers.  For example, they are used in quantum physics, weather forecasting, and climate research. Supercomputers are used instead of experimentation for physical simulations such as testing airplanes in wind tunnels, and research into nuclear fusion. They are also used to compute the structures and properties of chemical compounds, biological macromolecules, polymers and crystals.

One reason why supercomputers have become so important is because of their role in computer simulations. Computer simulations, which use computers to reproduce various phenomena, have been called the “third pillar of science”, alongside theory and experimentation. Increasingly, the power of supercomputers allows researchers and designers to identify optimal solutions without the need for time-consuming trial and error.

Inque points to the Batista heart operation as an example of the new supercomputers life changing powers. The Batista procedure is an experimental open-heart surgery procedure that aimed to reverse the effects of remodeling in cases of end-stage dilated cardiomyopathy. Invented in 1994 by Brazilian surgeon Randas Batista, the operation involves removing a portion of viable tissue from the left ventricle to reduce its size.

Although several studies showed benefits from this procedure, studies at the Cleveland Clinic concluded that it was associated with a high failure rate. One use of the K computer that Fujitsu is exploring is the development of a heart simulator, which would allow surgeons to anticipate the likely effects of the Batista procedure to determine whether it would be beneficial to the patient and the likelihood of complications.

But this is only possible if Fujitsu’s engineers work closely with the doctors who are highly skilled in performing the operation. “The point where the computer engineer talks to the doctor is key,” says Inque. “That ability to work with customers and end-users is part of Fujitsu’s DNA.”The potential benefits for mankind are huge. But so are the challenges of building the world’s most powerful computer, as Inque

acknowledges. “The reality is that because the supercomputer is so large we will and are encountering things we haven’t experienced before or don’t really expect. That’s part of the challenge – and its also part of the excitement. We are really pushing the boundaries of what is possible with computing.”

Such a project is also highly inspirational for Fujitsu employees.

“I want the young engineers working on this project to be excited and to enjoy their work,” says Aiichirou Inque. “But, let’s be clear: the K Computer will make the future for Fujitsu, Japan and for human beings. It will give us the ability to look at the weather of the future and there are a huge number of healthcare uses. That’s what I mean about its power to change humanity. A computer is just a big box; what’s interesting is to see it as a tool to help mankind and society.”

Yet, Inque reins in any thought that Fujitsu is throwing every resource into a single project or that he is creating some commercial misfit.  “There is a balance. You don’t want to throw everything at it. You need to think of costs and customers. You don’t build the biggest computer simply for its own sake.”

The current market for supercomputers is estimated to be around $9 billion and Fujitsu hopes to control 10 per cent of that market by tapping in to growing demand in Europe, especially in Germany, France and the UK.  What makes this all the more exciting is the advent of Big Data. Collecting and making sense of large amounts of data requires big computing power. Big Data and supercomputers could be a marriage made in heaven.

In the end, though, there is more than money involved. As Inque explains: “first and foremost the computer needs to work and, second, it needs to be heavily used. That’s how its success should be judged. Does it make a difference to human life?”

Previous Managing Up Without Sucking Up

Next In Conversation with Stew Friedman 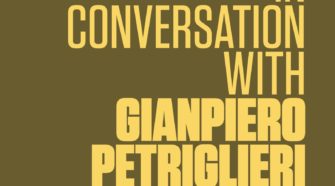