The concept of ‘Unity in Diversity’ outlined in our Constitution has lost meaning and relevance in today’s India.

“It is during tough times, when we have to make tough choices that we come face to face with who we truly are.”

“Imagine a country that was once known for its beauty and treasures, even called the ‘Golden Bird’ for its heritage and wealth, has been brought to utter ruin, first at the hands of colonialism, and ever since, at the hands of our very own people.”

You often hear people confer over India divided into two factions – ‘Do Bharat’ – but I always maintain that India has three parts; yesterday, today and tomorrow.

As a child, back in my village in Odisha, I saw my father and his generation struggle every day. We barely managed two meals a day for the entire family. There would be major calculations and second thoughts at every level, every decision, whether it was the marriage of my two sisters, or our education. I remember my father making a lot of tough choices, selling off land, my mother’s jewellery and what not, to make ends meet. But it is during tough times, when we have to make tough choices that we come face to face with who we truly are. And I like who we were back then.

There was a rawness about us, an unabashed goodness and vulnerability that I miss today. We were people of small means, but I believe we had the judgment to know the important things in life. I’m not sure I can say the same about our present. We knew how to value things and people, resources – water, food, land – the earth, our environment, relationships. Today, we seem to be going off in a different direction. Not just wandering, but ostensibly lost.

Joint families back then were a blessing. They might not have seemed like one, of course there were fights and altercations, but what it gave us was a sense of family, of belonging, a set of values instilled in us from day one. In fact, not just families, there was a sense of community among neighbours. Whether in our village or in small towns or even in small societies in the cities, there was a support system that helped us grow as individuals not in isolation, but together, as one. Now that is a country I can call my own – Unity in Diversity, isn’t that how our great leaders envisioned India post-independence?

When one talks of Indian values and heritage, I believe this is what they mean. But alas, today, we are so far away from it that it seems like a mythical and strange, quite like stories from Mahabharata or Ramayana would seem to our future generations. When I tell my nine-year-old son stories from my village as a kid, he doesn’t believe them. And you can’t blame him, because we have rid ourselves of even the faintest footprints of the past. That glorious India has disappeared within a span of the last 10-15 years, not even two decades.

Whatever I have managed to make of myself today, an independent filmmaker, social activist, entrepreneur, I have seen a lot of change in my immediate surroundings, and I can see for myself how my son cannot possibly relate to my childhood in this day and age. It becomes very conflicting for me to see everything we valued at the time, become redundant and obsolete like archiving old photographs in an album, rather than actually living that. I guess even I have come so far, that a part of me cannot recognize my roots anymore.

These changes are what make me wonder today, about what our country could become tomorrow. Of course, development is a natural process. But is that what you would call this? An unprecedented influx of new money and no value system to call our own, is this the idea behind ‘India Shining’ or ‘Bharat Nirmaan’? Who are Indians – who are we? More than two-third of the population that lives in abject poverty, compared with the 100-150 corporations that run this country? The ‘philanthropic’ bureaucrats and politicians, compared with the ‘altruistic’ urban elite artists and celebrities? It is this schizophrenic identity of India that continues to cause disintegration of our borders as well as our people. Are newer states and further fragmentation of our people the only answer we are left with? I doubt this is what our Constitution means when it says ‘Unity in Diversity’.

Till date, there exists a fierce struggle for every basic human need, whether food, water or shelter. Yet another need that has cropped up in recent times, and is sure to increase over the next years, is the lack of farmland. There is neither enough green cover, nor enough fertile land to do anything about it, in this race to industrialize and privatize all resources. This is going to soon lead to a nationwide food crisis, in addition to the existing water crisis, both man-made. We are simply paying for our exploitation all these years.

Imagine a country that was once known for its beauty and treasures, even called the ‘Golden Bird’ for its heritage and wealth, has been brought to utter ruin, first at the hands of colonialism, and ever since, at the hands of our very own people. And what we continue to do, without fail, is depend on westerners for all advice and counsel, instead of looking back at our own legacy. Look at our fashion, for example. We live in a country where every 100 kilometres, colour changes, landscape changes, people change, clothes change, but does any of that reflect in our fashion trends? It is a miserable state of affairs that we choose to look outward, towards the west once again, instead of inward for inspiration.

It is true that India has developed by leaps and bounds as far as communication is concerned. We have come a long way in a short span of time, but once again, the implementation of that technology is disastrous. Today, there are more mobile phones than people in India. Isn’t that an interesting fact about a country with close to 300 million people going without food? India, the hunger capital of the world, home to about one-third of the world’s hungry poor.

The world is laughing at us. Growing at a rate of 1.4 percent per year, India will soon beat China to become the country with the largest population in the world. But it is like somebody said – population is an asset. Look at how China has used it as a tool to create some of the largest manufacturing industries and production plants in existence, making the rest of the world completely dependent on their products. Look at some of the European countries – they are tired of giving retirement salary to its citizens. What India needs to realize is the power of its youth; a young population automatically means a more productive country, both intellectually and otherwise. What we need to concentrate on is giving them the right healthcare, the right education, and the right opportunities, and nothing can stop this country from flourishing.

And of course, as mentioned before, the right value system. Like former President of India, Dr. APJ Abdul Kalam always maintains, we have become nuclearized living in this nuclear family structure; each person has become nuclearized from their own selves. A very dark issue that is born out of this indifference is child labour, which I have researched and worked on extensively. Findings prove that India will never be able to get out of this stranglehold, not because of desperate circumstances or poverty, but solely due to habit, clubbed with indifference. One, there is a hangover of oppression in our veins, we as a nation are too used to being on either side of it, it has become something we cannot do without anymore. Two, there is a major lack of respect for any human life in India, especially the two ends of the spectrum – children and old people.

When we talk of our future, the dream of a new India, it is only our children who can make that dream come true. It is not about money or power or politics, but about going back to that value system that we once had and cherished from ancient times. As an Indian, what are we doing for our country?

Going further down India’s schizophrenic lanes, we are a country of extremes. The richest man constructs one of the tallest buildings in the country to reside in the same city that houses one of the largest slums in the world. Both Delhi and Mumbai have become two of the richest cities with increasingly fast property rates that at par with property rates in New York and Manhattan. All these statistics and facts have resulted in an India that is a living paradox for the world to watch and maybe take down notes on ‘how not to do things’.

It is the feudalistic system that we need to get rid of. Overcoming this great imbalance between the rich and the poor should be our first and foremost priority, and not the biggest brands like Starbucks, or the biggest chain like Walmart, or the biggest FDI like POSCO coming to the country. We need to realize the value of a person, a human life, and respect ourselves, be proud of our heritage, and not ape outsiders. Follow our own ancestors’ footsteps instead of others’. Else, we will soon be heading towards a meltdown/recession similar to the one experienced by the West, where we can see entire nations collapsing economically, through disasters, natural and man-made, in addition to constant wars outside and inside.

Next The Raj Sisodia Interview 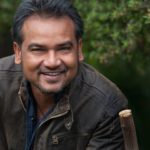 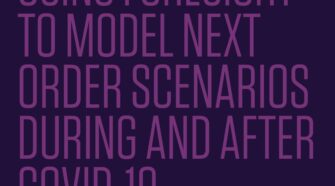