The author discusses Science and Technology based Innovation (STI) engagement in globalized society and Japan’s STI system and development.

“Japan’s ambition is to become the world’s most innovation-friendly country, based on its rich knowledge foundation built through fundamental research.”

Humanity faces a major challenge—whether we will be able to build a sustainable society in an era when the population is 10 billion. As pointed out in the IPCC Working Group reports, our hitherto fossil fuel-consuming economies are causing serious climate change. COP 21, held in Paris in December of last year, called for each country to review its energy policies and commit to its own targets. Japan has envisaged a realistic and balanced future energy supply-demand structure, and has adopted policies to move toward the best energy mix, with a solid emphasis on renewable energy.

Energy problems do not exist in a vacuum. There is a nexus of interrelated food, water and other issues. Furthermore, by the year 2050 some 70% of the world’s population is forecast to be living in cities, posing a variety of complex challenges to the sustainable development of society and people’s well-being—such as poverty, terrorism, infectious diseases, improvement of quality of life, and redistribution of wealth. Meanwhile, in individual countries a major issue is national competitiveness that is improving productivity in this dynamic environment.

Science and Technology based Innovation (STI) is recognized to contribute to secure a sustainable society and enhance economic competitiveness of individual countries. Global collaborations and sharing best practices in STI are clearly indispensable to this end because of the limited capacity and experiences contained within individual countries.

The recognition of the role of science in sustainable development of society in the 1999 Budapest Declaration is highly significant. In society today, the integration and utilization of knowledge facilitates social and economic development. Bringing science and society together are international organizations such as UNESCO and the OECD; international scientific organizations such as the International Council for Science; the Global Research Council (GRC) which brings together the world’s funding organizations; the Global Federation of Competitive Councils, a body which aims to foster competitiveness; and a variety of other organizations. In the GRC, each country’s funding organization shares data and information about best practices.

Japan’s ambition is to become the world’s most innovation-friendly country, based on its rich knowledge foundation built through fundamental research. Over the past 50 or more years, we have invested continuously in fundamental research and human resource development at the same time as fostering industrial development. Research on blue LEDs, which won the 2014 Nobel Prize in Physics, and research on a therapy against infections caused by parasites, which won the 2015 Nobel Prize for Physiology or Medicine, are good examples of the seamless development of innovative technological seeds resulting from fundamental research into social values through the persistent efforts of the individuals involved. In light of these experiences, the future looks bright for impactful STI.

In problem-solving R&D, in place of the conventional reductionist methodology, an integrated approach plays an important role in delivering new systems and services. Multidisciplinary R&D on fundamental technologies such as nanotechnology and materials, biotechnology, digital technology, mechatronics, and sensing technology are rapidly developing as the scientific and technological frontiers that will underpin innovation in the 21st century. Furthermore, these technologies will be integrated into new systems and services for energy, healthcare, manufacturing, disaster management, and others, creating social values. Therefore, research on system and service design methodologies and the training of personnel responsible for design are important themes in the reform of engineering departments at Japanese universities.

Attracting particular attention recently among cutting-edge fundamental technologies and applications are digital technologies such as the Internet of Things, Big Data, and Artificial Intelligence. Major transformations are taking place from the individual lifestyle level upward in manufacturing, transportation, education, healthcare, and social infrastructure, underpinned by this accelerating progress in digital technologies. It is recognized that society will develop with cyberspace and the physical world fully merged. The Center for R&D Strategy in Japan Science and Technology Agency (JST) has termed this state of society “Reality 2.0.” This sketches a scenario where new extremely nimble innovations will be possible, and as discussed in the next section on Future Manufacturing, we can look forward to the advent of new industries that are more diverse and responsive than ever before.

Meanwhile, it is necessary to have broad-ranging discussions regarding ethical, legal, and social issues, such as new employment patterns and the coexistence of humans and machines in this era. From the first stages of research, the development of new science and technology should be carried out with due consideration to society as a whole; discussions should take place from the viewpoint of citizens in cooperation with the humanities and social sciences, and potential benefits and conceivable risks compared.

Manufacturing is a promising area for incorporating the latest digital technology. Manufacturing industries contribute around 17% to Japan’s GDP. A temporary downtrend has eased somewhat, but the nature of the sector has already been transformed. Recent times have seen the growth of service-oriented manufacturing in particular, and the differences between the manufacturing and service industries are fast disappearing. The Internet of Things is being used to reform the lifecycle of products and maximize the service capabilities that the manufacturing industry offers. Further, new services are being developed that cross sectorial boundaries. This has led to the need for technology used in service design; “software-defined services” look likely to be effective in this regard.

In the relations between science and society, along with discussion of what to aim for, process optimization regarding how to achieve these aims is necessary. Consequently, STI system reform is an important issue. Below are recent representative case studies from Japan.

Starting last year, several initiatives to develop new research hubs have been launched in Japan to promote research on and the utilization of digital technology, based on national R&D organizations: the Artificial Intelligence Research Center at the National Institute of Advanced Industrial Science and Technology; and the AIP (Advanced Integrated Intelligence Platform Project) Center at RIKEN. The National Institute for Materials Science set up a materials informatics platform. These were launched with participation from universities and the industrial sector from the start. Meanwhile, activities in the Tsukuba Innovation Arena (TIA), with a primary focus on nanotechnology and materials, have entered their second phase. By adding the new research field of nano-biotechnology, TIA is building a more comprehensive R&D platform covering nanotechnology, innovative materials, and cutting-edge measurements.

The Centers of Innovation sponsored by the Ministry of Education, Culture, Sports, Science and Technology and JST have dispensed with the traditional thinking of moving from “seeds to needs.” Under the new backcasting approach, researchers think about how people and society will change over the next 10 years, and what the future shape of society should look like. Under the methodology, future specific needs give rise to the necessary seeds. Standout features of these R&D innovation centers are the strong commitment of industry to overall operations and the proactive initiatives of the universities in R&D and human resource development to create new systems and services through technological integration.

In Japan, the elderly (those aged 65 or over) account for 25% of the population. The ratio is forecast to reach 40% in 50 years. As the situation surrounding the low birth rate and the aging of society continues to intensify, critical issues for the country include bolstering STEM education so that it is effective in developing human resources skilled in science and mathematics; increasing the participation of women in the workforce; and fostering the development of young researchers. Specifically, the new curriculum guidelines and the 5th Science and Technology Basic Plan are signaling a change in direction, from what has been passive education toward the promotion of active learning that goes beyond the acquisition of knowledge and skills and emphasizes improving the quality and depth of education.

These days, the R&D activities of universities and corporations are cross-border. This is true across all segments, from fundamental research through engineering, design, and feasibility testing. Global connectivity is seen as an issue particularly important for Japan to focus on from the viewpoint of enhancing the quality of R&D, accelerating scientific and technological innovation, and training human resources. New approaches to the direction of research are being discussed as digital technology advances: open science and Science 2.0 based on open access to public research results, and citizen science, which involves the participation of the public. Global collaboration is essential to open up these channels, and remove barriers to their success.

In recent years, the global network of scientific and technical advisors has grown rapidly in many countries, with deepening discussion of common issues including science’s engagement in a globalized society and international cooperation, and there is a movement to formulate policy in individual countries within a framework of global harmonization. In Japan last year, Teruo Kishi, Professor Emeritus at the University of Tokyo, was appointed as Science and Technology Advisor to the Minister of Foreign Affairs. He works to strengthen cooperation with science and technology advisors in other countries and individuals involved in the field. One of his major challenges however is going to be realizing Inclusive Innovation, with the global community closely observing steps taken in this regard.

Previous In Conversation with Prasad Kaipa

Next 2015 GIS: Panel discussion on Physical infrastructures, Competitiveness and Innovation 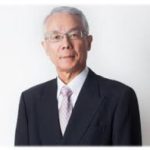 President of the Japan Science and Technology Agency
Mr Nakamura is also President of Tsukuba Global Innovation Agency, an IEEE fellow, a JSAP fellow, and an IEICE fellow. 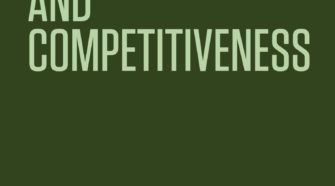