Whitney Johnson’s straightforward steps to help the squeamish build a successful relationship with their superiors – without feeling manipulative.

“It’s easy to slip into the mindset of your boss as a vending machine for your needs, giving you an opportunity to learn, to get promoted, to make a living, because we all tend to be self-focused.

“It is easy to understand how this sense of familiarity develops, given that we often spend more time with our co-workers than our actual family.

When I hear the phrase “managing up,” I automatically think of the seemingly spineless J. Pierrepont Finch who rises from window washer to president of Worldwide Wicket Company in How to Succeed In Business Without Really Trying.

Finch achieves this remarkable feat through a combination of lying, scheming and manipulating. He tells the head of HR that the CEO said to give him a job when he hadn’t. Then he supports a rival for a promotion, not to be selfless, but because it’s a dead-end job. And when he’s about to get fired, he refers to all his fellow employees as family, saving his skin.

If “managing up” also makes you think of “sucking up,” here are my straightforward steps to help the squeamish build a successful relationship with their superiors – without feeling manipulative.

Be very clear about what job you were hired to do – and do it. It seems self-evident, but as Pam Fox Rollin shares in her book 42 Rules for Your New Leadership Role, “Many flameouts can be traced to missteps during their first quarter. More importantly, for the 60-75% of leaders that survive into a second year (1/3 fail within the first year), these leaders’ effectiveness and trajectory are powerfully affected by choices made in the first year.” When you get hired, you are being hired to do a very specific job, even if your manager doesn’t know exactly what it is yet. When you are new, you will see lots of areas that could be improved upon outside of your purview. Make note of them, but don’t let them distract you. I have certainly made this mistake, suggesting to my boss that I solve all those pesky problems out there, rather than focusing on the ones right in front of me. The first step to managing up is to scope out the job you were hired to do – and then execute it.

Understand what job your boss was hired to do. In the kind of organisation you want to work for – not an Office-like farce — what got your boss to the next rung of power was properly understanding the job and meticulously performing.  She was, as a consequence, given an opportunity to do a more important job. It’s easy to slip into the mindset of your boss as a vending machine for your needs, giving you an opportunity to learn, to get promoted, to make a living, because we all tend to be self-focused.

Let’s revisit an experience I wrote about a few years ago. When I shared my career aspirations with my boss’s boss, he dismissed me. I now wonder what would have happened if I had taken my own advice, and rather than approaching him hat in hand, I had sussed out what problem he was trying to solve, and presented him with a credible solution, behaving as the senior manager I hoped to be. Perhaps the conversation would have gone differently. When my juniors present me with a solution, I may not agree, but if they have done their homework, it’s an opportunity for me to see how they think, and to further engage. The raison d’etre of organisational life is to get things done. So the second step to managing up is to know what problem your superior is trying to solve in order to create value, to become an indispensable solution.

Remember that the people you work with are not family. I can’t emphasise this one enough. Pop culture likes to suggest that our co-workers are family, as did J. Pierrepont Finch when he belted out The Brotherhood of Man to save his job. In most fictional media about the workplace, there is a familial type of relationship. It is easy to understand how this sense of familiarity develops, given that we often spend more time with our co-workers than our actual family.  This was historically reinforced by the patriarchal view of the workplace – you trade your life for a paycheque and benefits. But it’s difficult to manage up, acting the responsible adult that you are, when you’ve hired (no doubt, subconsciously) your boss to do the emotional job of being a parent or partner. If you want to be taken seriously, you have to solve problems and own your expertise. Avoid becoming too familiar – your boss is not your best friend.

When it comes to managing up, there is an underlying belief in an asymmetry of power, and you either manipulate your way around this, or resign yourself to the fact that the boss or the stakeholder on the other side of the table has the power and you don’t. Try turning this power struggle on its head and think of your boss as a client – as if you were working freelance. Provided there are no J. Pierrepont Finch politics at play, so long as you create value, you will have a job. If you don’t, you won’t. Power is the ability to get things done. Managing up helps you get the resources you need to get those things done. The classic definition of managing up is about developing a good working relationship with a superior. Better to simplify: managing up is solving problems that your stakeholders need solved.

Previous In Conversation with Gianpiero Petriglieri 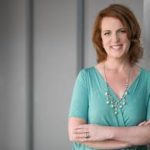 Whitney Johnson is a co-founder of Rose Park Advisors, and the author of Dare-Dream-Do: Remarkable Things Happen When You Dare to Dream (Bibliomotion, 2012) and Disrupt Yourself (Bibliomotion, 2015). She was shortlisted for the 2015 Thinkers50 Talent Award. 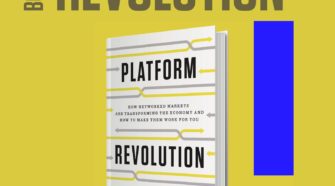