Several cocio-economic indicators suggest that India is far from a sweet spot in terms of global connectedness, which is an imperative for fast growth.

“The ratio of India’s exports to its GDP has tripled over the past two decades, but across a broader range of indicators, the depth of India’s global connectedness still ranks only 119th out of 140 countries.”

“If we integrate India internally, building trust among cultural groups and cutting state-level barriers to trade, then one India, united in its diversity, can surely thrive in global competition.”

I can think of no better place to begin a Thinkers50 India reflection on the Idea of India than with the late C. K. Prahalad’s comments about India to Thinkers50 co-founder Des Dearlove in 2009.  He said that, “Growing up in India is an extraordinary preparation for management,” and listed first among his reasons for that view, “India is a very diverse culture, in terms of languages, religions and income levels—so you start adjusting and coping with diversity at a very personal level as a child.”[i]  Other research backs up at least C.K.’s view about India’s diversity: among 160 countries, India ranks 5th on cultural and 17th on ethnic “fractionalization.”[ii]

The contrast between diversity, which most of us learned growing up to view as a strength, and fractionalization, which sounds rather nasty and comes up in research on civil conflicts among other topics, leads me to reflect on another curious and related contrast about India.  In a 2007 Pew survey, 93% of Indians agreed with the statement, “Our people are not perfect, but our culture is superior to others” and 92% agreed that “Our way of life needs to be protected against foreign influence.”  India had the dubious distinction of ranking first in the world on both questions.[iii]  If India’s culture, incorporating all of its diversity, is really as great as we proclaim, why don’t we feel confident enough in its merit to let it stand on its own without demanding protection against foreign influences?

Prahalad’s India, with diversity as a great strength, is presumably an India whose ability to assimilate new ideas should make it an open country, an India that should welcome competition, confident in its ability to hold its own and ultimately to earn its rightful place among the world’s best.  Yet, the battle over FDI in retail reflects the more fearful India that shows up on the Pew survey—an India marked more by fractionalization than what I like to think of as diversity.

My own research on India’s openness for the DHL Global Connectedness Index, which I prepare with my IESE Business School colleague Steven A. Altman, indicates that India is still a relatively closed country in many aspects.[iv]  The ratio of India’s exports to its GDP has tripled over the past two decades, but across a broader range of indicators, the depth of India’s global connectedness still ranks only 119th out of 140 countries.

The reasons for India’s dismal depth scores are also far from mysterious—one doesn’t need the extra creativity that diversity is supposed to produce to figure it out—just a little of “the ability to think clearly” which F.C. Kohli, one of the founders of India’s IT Services miracle as former vice-chairman of Tata Consultancy Services, affirmed that Indians “have in abundance.”[v]  Regarding trade, we don’t have to look farther than India’s third-from-last ranking for Market Access on the World Economic Forum’s 2012 Enabling Trade Index.  And for FDI, India ranks in the bottom 10% of countries the 50 analyzed by the OECD in terms of openness to FDI.

One could go on to cite infrastructure gaps, ease of doing business and many other indicators, but I will add just one more ranking because, having started with comments about India’s culture, it always provokes argument about whether it is really a cultural or an institutional variable: corruption.  India ranks 94th on Transparency International’s Corruption Perception Index.  Since India’s rank isn’t too far away from Mexico’s, it’s worth noting that according to one study, an increase in corruption from the level of Singapore to that of Mexico has the same negative effect on inward FDI as raising the tax rate by over fifty percentage points![vi]

Breaking the back of corruption in India will require tackling it from both policy and cultural perspectives.  Government should take (and enforce) bold steps, but as long as young Indian business people are told by their mentors, as many are today, that “I don’t like it but the reality of business is that you have to be willing to break at least a few rules along the way if you want to succeed,” little will change.  Anyone with influence in India—entertainers, executives, politicians, religious leaders, and—if I may—even academics, should ask themselves whether the examples they are setting are contributing to an India characterized by more trust or less.

To circle back to where I started, the difference between diversity and fractionalization and between open confidence and closed fear has a great deal to do with trust.  India ranks 44th out of 50 countries on what I call the “distance sensitivity of trust,” which I measure according to the ratio of trust in people in your own neighborhood versus trust in people of another nationality using data from the World Values Survey.  Human progress, as I elaborate in my 2007 book, World 3.0: Global Prosperity and How to Achieve it, has been spurred over the millennia by people expanding their circles of trust to make them less sensitive to distance, national borders, religious differences, and so on—an idea that dates back at least to the Greek philosopher Hierocles. 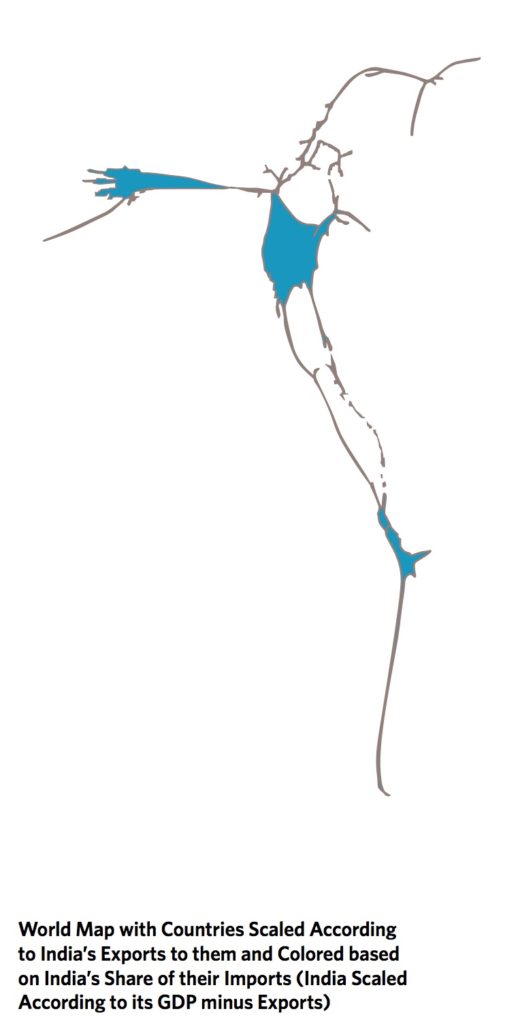 I believe India does have tremendous cultural riches and probably more untapped business potential than in any other single country in the world.  But until we open up with confidence to each other and to the world, we will continue to fall too far short of our potential.  If we integrate India internally, building trust among cultural groups and cutting state-level barriers to trade, then one India, united in its diversity, can surely thrive in global competition.  If we remain fractionalized and fearful of each other, we have no one to blame but ourselves for our continued stagnation. 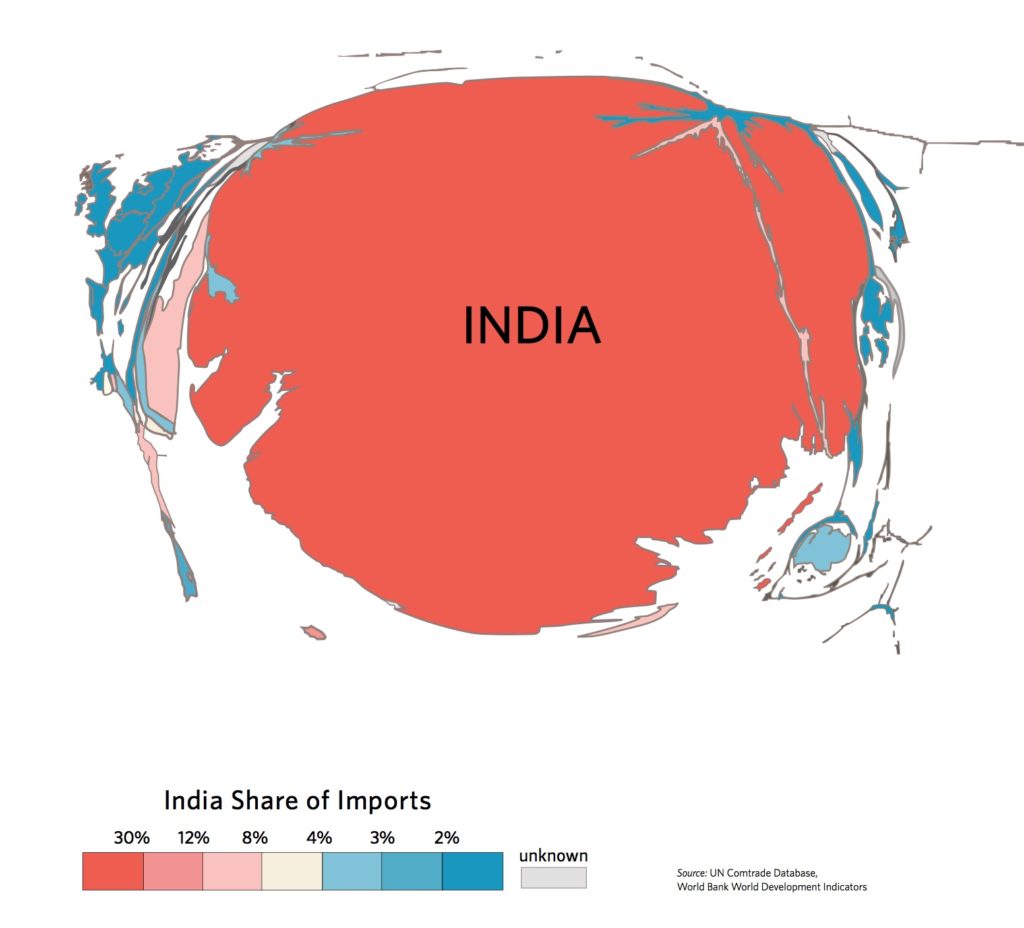 [i] Des Dearlove (Spring 2009). “On the verge of something extraordinary”. Business Strategy Review (London Business School): 17–20

[v] From Kohli’s 1975 speech to the Computer Society of India.  He said, “Many years ago, there was an industrial revolution; we missed it for reasons beyond our control. Today there is a new revolution – a revolution in information technology, which requires neither mechanical bias nor mechanical temperament. Primarily it requires the ability to think clearly. This we have in abundance. We have the opportunity to participate in this revolution on an equal basis; we have an opportunity, even, to assume leadership in this revolution. If we miss this opportunity, those who follow us will not forgive us for our tardiness and negligence.” 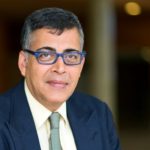 The author is the Anselmo Rubiralta Professor of Global Strategy at IESE Business School. He is author of the book World 3.0: Global Prosperity and How to Achieve it. Between 1983 and 2008, he was on the faculty at the Harvard Business School where, in 1991, he became the youngest person in the school's history to be appointed a full professor.

Working Fearlessly in the Face of Wicked Problems 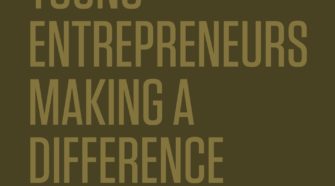