Startups are leveraging large ecosystems to disrupt long-standing incumbents. They have been able to do so, systemically, by morphing from the pipe model to the platform model.

“Both consumers and producers benefit from a new form of efficiency on platforms, especially in markets that have been traditionally intermediated by non-scalable, inefficient agents.”

Alibaba pulled off a spectacular IPO in September last year and continues to serve as the backbone for commerce in China. Once dismissed by the hotel industry, Airbnb has rapidly grown to enable more bookings for accommodation than large global hotel chains, and is valued in excess of $10 billion. Meanwhile, Elance-oDesk is evolving from a global freelancer marketplace to an infrastructure that lets anyone run an entire organization on the cloud. Nokia lost 90% of its market value in less than a decade, even as Apple grew to be the world’s most valuable company during the same period.  And Amazon continues to strengthen its stranglehold on the publishing market, much to the chagrin of traditional book publishers.

We often think of these as examples of the digital disrupting the physical, the offline trumping the online. But there’s a much larger shift in business models afoot, that is transforming the way business and markets are organized.

From Pipes to Platforms

We’ve been living in a world where value creation and distribution flowed linearly. Firms would assemble and deliver products and services to a market of consumers. Producers and consumers held very distinct roles. Value was created upstream and delivered downstream, much like water flowing through a pipe. Our factories work like pipes, running supply chains to assemble products and send them out via distribution channels. Traditional media has worked like a pipe spewing content to an audience.

Increasingly, market upstarts are challenging this linear flow of value. Over the last two decades, we’ve seen entire industries being transformed as startups grow rapidly, within a few years, to replace incumbents. We are in the midst of a tectonic shift in business design, powered by the internet and a host of technologies that help us leverage this connectivity.

Business leaders, today, are building platforms that enable diverse participants to connect and interact with each other. A host of technologies ranging from cheaper publishing tools and mobile connectivity to wearables and 3D printers are democratizing access to the tools of production. Anyone can be a producer. Networked platforms aid the creation of large open ecosystems, by connecting these new producers to consumers.

Facebook, Amazon, Apple, Uber, Airbnb, YouTube and Alibaba have all built massive multi-billion dollar global businesses by building networked platforms that leverage an ecosystem of external participants to create value. It does so in three ways. The platform creates pull to attract producers and consumers.  It provides a plug-and-play infrastructure that enables them to connect and interact with each other. Finally, it leverages data to connect the most relevant producers and their products or services with consumers.

The disruption of industries over the past two decades yields three narratives repeatedly played out across industries.

The first wave of internet-enabled disruption saw an efficient pipe disrupting an inefficient one. Most of the applications of the world wide web during the 1990s involved the creation of a highly efficient pipe business. Business still flowed linearly, but it benefited from near-zero marginal costs of distribution, which allowed them to target and serve large markets with lower investment. As a result, newspapers were rapidly disrupted because of the internet’s ability to deliver news globally for free. Amazon’s initial rise as an ecommerce store eventually led to Borders’ fall, as the latter failed to compete with the better distribution economics of Amazon. Netflix followed a similar playbook to beat Blockbuster. These companies relied on the internet’s superior distribution economics and leveraged data to serve their customers more efficiently. By building an efficient pipe with better scale, Amazon, Netflix and online news companies successfully disrupted their traditional offline counterparts.

Over the last decade, we have seen the rise of a second wave of disruption. Networked platforms have redesigned value creation. Organization boundaries are being redefined as small companies leverage external ecosystems, instead of employees, to create value. Networked platforms scale rapidly in their ability to create value and coalesce an open ecosystem, as evidenced by the rapid rise of Airbnb, Uber, Twitter and other platforms over the last decade. Minimal marginal costs of production and distribution and network effects powered by positive feedback are two key factors that have enabled this rapid scaling.

Apple and Android leveraged an ecosystem of developers on their app stores, to disrupt Nokia and Blackberry, that continued to work on a pipe model, sourcing and vetting the apps that were pre-loaded into handsets. Airbnb has built an alternate global market for travelers accommodation without investing in building or leasing a single room. This has led to its rapid rise as a threat to traditional hotels, which are plagued by higher marginal costs of expansion and servicing, and do not benefit from network effects. Amazon’s marketplace scales with the warehouse distributed across its partner merchants. Traditional incumbents like Target and WalMart find it difficult to adequately compete against this. Carpooling and ridesharing platforms, like BlaBlaCar, allow consumers to share rides with each other for a small fee. These platforms are posing significant threats, not just to public transportation, but also to the car manufacturing industry.

Disruption re-intermediates markets and enables better economics for all market participants. Networked platforms often rework the economics of participation such that consumers or producers, or both, benefit from a new form of efficiency.

Apple’s developer ecosystem offers better financial terms to a developer as compared to Nokia and AT&T’s traditional terms. Amazon’s Kindle Publishing platform allows authors to retain 70% of the royalties, a huge improvement over traditional publishing terms. Both consumers and producers benefit from a new form of efficiency on platforms, especially in markets that have been traditionally intermediated by non-scalable, inefficient agents. Networked platforms re-intermediate such markets in a more scalable and efficient manner, relying on scalable algorithms and social feedback.

Platforms also uncover new sources of supply. Wikipedia created a new base of volunteers interested in organizing the world’s knowledge. Airbnb uncovers a new source of accommodation by allowing anyone to run a B&B. YouTube allows anyone to run a media house and Ebay allows anyone to run a store. Platforms do not merely reorganize value the way traditional intermediaries would. By allowing fair market access and relying on democratized tools of production, platforms unlock new sources of value. The proliferation of production technologies like 3D printing is likely to see platforms changing the world of manufacturing in the days ahead.

Finally, platforms bring efficiency to unorganized markets. RedBus, a platform in India, aggregates the unorganized market of bus operators onto a single platform leading to lower search costs for consumers. OpenTable aggregates restaurants, with information on real-time availability, in the US. Leveraging social feedback, these platforms also create a layer of reputation for producers, lowering the search costs for consumers and aiding efficient decision-making.

Finally, we are now seeing a third wave of disruption. Traditional incumbents are waking up to disruption and leveraging the same principles to scale like platform startups.

Pipes have traditionally scaled in one of two ways. They would either integrate vertically to own more of the flow through the pipe or they would pursue horizontal integration and constantly widen the pipe to push more value through it. Many media as well as manufacturing companies have relied on vertical integration while some of the biggest FMCG players today have mastered horizontal integration.

Apple followed a different mechanism of integration. Apple’s products and services are integrated to each other over the cloud, using data. A new form of scale makes ownership of multiple Apple products more useful, because of their ability to interact with each other. Nike’s FuelBand, connected shoes and mobile apps also constantly interact with each other. Across its products and services, Nike is increasingly building out an ecosystem of users who engage each other and benefit from network effects. In a different industry, GE is integrating its machines using – what it calls – the industrial internet to ensure that machines interact with each other, learn from each other and provide better and more reliable service. Across the world, pipes are trying to disrupt themselves by thinking like platforms.

In a networked world, we are likely to see more industries getting disrupted. Industries that are information-intensive are most likely to get disrupted. Banking, education and healthcare are highly information-intensive but have withstood disruption thus far because of favorable regulation, and because the costs of participating in the wrong interaction are often too high. However, with the rise of platforms like Lending Club, Udemy and Jawbone, we are seeing early signs of disruption in these industries as well.

Previous Be a ‘giver’ in business, instead of a ‘taker’

Next In conversation with Raghavendra Rau 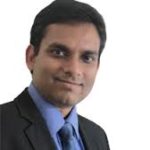 Sangeet Paul Choudary is the founder and CEO of Platform Thinking Labs which specializes in platform business models and networks and businesses. He is currently also an industry fellow with The Center for Global Enterprise and entrepreneur in residence at INSEAD.

The Internet of Things: The Indian Context 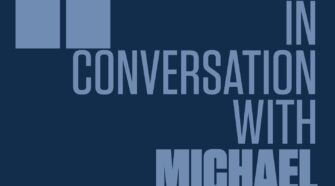