Sanjiv Mehta, CEO and Managing Director, Hindustan Unilever Limited at the Porter Prize ceremony on the role of corporates in social progress and nation building.

“It is time for business to be givers to and not takers from the system. There is huge opportunity for businesses that embrace this new model—a model of responsible capitalism.”

“In 2010, Unilever launched the “Unilever sustainable living plan”. This plan has a vision of doubling growth while reducing our environmental impact, and positively improving our societal impact.”

I am going to talk about the role of corporates in social progress and nation building. This in many ways is close to what Porter had envisaged in his concept of creating shared value, where successful business corporations will work towards societal improvement with a focus equal to the focus on economic value creation.

There are many similar principles on which Unilever was founded. The story begins in Victorian England in the late 19th century when one of the founders William Hasket Lever set out to reduce the drudgery of washing with a bar of humble soap. He set out to create not only a great business which has stood the test of time but a company with a very strong social mission. He voiced it through very eloquent words, saying, “I believe nothing can be greater than a business however small it may be that is governed by consciousness, and nothing can be meaner or more petty than a business however large governed without brotherhood and honesty.

Closer home in India, Jamshed Ji Tata set up the Tata business on strong foundation of ethics and with a spirit of contributing to society. His vision of constructive change led Mr. Tata to embark on a journey of growth that in many ways paved the way for industrialization in our country.

The fact is capitalism has undoubtedly brought about unprecedented growth and prosperity in the world. I firmly believe that it is the best way to allocate resources. However, many businesses perpetuated a flawed and a dysfunctional economic system fuelled by short term-ism leading to disparity between rich and poor, a disregard of natural capital which increasingly pits people against the planet. This inequitable and unsustainable growth has led to a situation of an unprecedented disequilibrium.

Just look at a situation where a billion poor people in the world account for the 1% consumption of the world and the top 1 billion people account for 70% of the total consumption in the world. As per an Oxfam report, 85% of the richest people on the planet have accumulated wealth which is equivalent to the wealth of the bottom three and a half billion people. Just look at the 85% people versus 3.5 billion people. These numbers are stark and very worrisome. We have lost sight of the simple principle that a successful business has to be a responsible business.

Business is today at a cross roads where the trust and business ethics of its leaders is at its lowest ebb. According to Edelement business survey only 58% of the people trust business to do what is right and more worrying is that less than 20% believe that the leaders can be entrusted to tell the truth and make difficult decisions. Today long term growth of the business is at risk. We are consuming resources at a rate of 1.5 times of the earth’s ability to replenish.

If the developing and emerging world were to consume at a rate equivalent to the developed world, it would be tantamount to consuming resources at 3.5 times world ability to replenish. But at the same time we cannot deny billions of people everyday benefits of nutrition, hygiene, and the improved quality of life. There is nothing that we could do or should do to limit the aspirations for the large mass of people who are coming out of the poverty trap and getting into the consumption cycle. With 1 billion people going to bed hungry every day, with 2.5 billion people not having access to safe drinking water or sanitation, 2 million children under 5 dying every year due to preventable diseases, our work is cut out.

The vision has to be to create a future which improves the quality of life without increasing the environmental impact. It is time for business to be givers to and not takers from the system. There is huge opportunity for businesses that embrace this new model—a model of responsible capitalism. But it needs a very different approach and goes well beyond what we popularly call CSR. It’s about a license to lead, a business model where business sees itself as a part of society not separate from it and the needs of citizens and community carry the same weight as those of the shareholders.

Example of this approach is a program of empowering rural women which we call Shakti, which is a Sanskrit word meaning power or empowerment. Way back in 2000 we realized that in many parts of rural India which were not easily accessible, large number of people did not have access to basic consumer products like toilet soaps, fabric detergents and tea. However there was some good work done by some advanced NGOs in organizing these women into self help groups. Banks were providing micro credit to help them tide over their day to day needs. But there was a missing link which was they did not have income generation opportunities.

That’s where the Shakti program comes in, by building on self help groups, by building on micro lending facility, we help create women entrepreneurs who would distribute and market our products in villages which were not accessible by traditional distribution means. We call these micro entrepreneurs Shakti Ammas—all at once we broke the vicious cycle of poverty and created a virtuous cycle of growth. Today our Shakti Ammas are self reliant, empowered and have an important role to play in the community.

The program that began in one village in AP today encompasses 165000 villages and we have provided income generation opportunities and created micro entrepreneurs out of 65000 women and 50,000 shaktimans—the male members of the Shakti households. In 2010, Unilever launched the “Unilever sustainable living plan”. This plan has a vision of doubling growth while reducing our environmental impact, and positively improving our societal impact. It had 3 big goals/pillars. One was to improve health and well being of billion people. The second was to half the environmental impact of our products across the lifecycle while doubling business. The third was to source 100% of our agriculture produce from sustainable sources and in the process create livelihoods for 000’s.

These goals are underpinned by time bound targets. We are every day seeing the benefits of USLP in India and abroad. It has helped us to save costs, reduce the risk and drive innovation and growth. The USLP in many ways strengthens HUL’s business foundations of doing well by doing good. Since our inception in 1933 we have lived by a single belief—what is good for India is good for HUL. This belief continues and will continue to be a guiding principle in everything that we do now and in the future. Nearly 16% of the world population lives in India but we have only 4 % of the world water and as an FMCG whether it’s the ring in the cup of tea , taking a shower, brushing teeth, washing clothes, every interaction of the consumer with our brands entails consumption of water. So, we thought of what needs to be done to address this problem. We set up the HUL foundation in 2015 and by working both on the demand side and the supply side we would be able to conserve 100 billion liters of water. Indeed the biggest force that would be a factor in our brand leaving a positive social impact.

As India’s largest FMCG company we have the privilege to be part of the lives of millions of Indians. 800 million Indians use one or more of our brands. It is a great opportunity for us to make meaningful difference to their lives. We believe every brand should serve a purpose in the life of a person who buys it. This belief is on the forefront of how we build purpose driven brands and continue to leverage them to address the social problem. The hand washing program conducted by lifebuoy in India is a great example. In India, a child dies of diarrhea and pneumonia every 15 seconds which is 2 million deaths. In India over 6 lakh children die over the age of 5 each year. The simple act of washing hands with soap can save millions of lives. And this was the mission with which lifebuoy embarked on its social program. We have reached out to 14 million children across the length and breadth of the country.

Last year we did an experiment in a small village in a remote part of MP. By inculcating the habit of washing hands with soap we were able to reduce the incidence of diarrhea by 85%. Each of these initiatives are tangible proof that business can indeed be a force for good however ultimately the test whether we can develop a more responsible form of capitalism will rest on our leadership. We need leaders who not only will build the organizational capabilities to win in the market place but also instill the values to build a sustainable and responsible business model. These are the leaders who would recognize the non negotiable in business and focus on building organizational character which is absolutely essential for success and survival.

The need for responsible capitalism is not new. People like William Lever and Jamshedji Tata did it in their own individual ways. It is absolutely clear that the current system would have to change. The ways in which we generate and distribute wealth will have to change. The way we accommodate growth and use our resources will have to change. We are at a tipping point where the cost of an action started to accede the cost of inaction. The need to act now is not just a moral obligation. There is also an increasingly clear business imperative. More than ever we have to be lead than rejected.

It is time we renew our social contract but more importantly shape the social contract moving form a value based transaction to a value based partnership. So that we are not only able to grow the business in the long term but also able to meet the needs and aspirations of the communities that we serve. This will help business regain the social trust and also contribute to nation building. I would like to end with a quote from Victor Frank’s book on Holocaust survivors Man’s Search for Meaning. He said, “The Statue of Liberty on East Coast should be supplemented by Statue of Responsibility on the West Coast.” 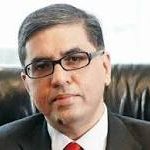 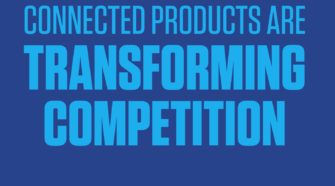