Visionary Thinking in Times of Crisis

Since there is no quick fix path to high sustainable growth, the focus clearly has to be on institution-building.

The terms “economics” and “governance” are mutually reinforcing. The reason is that it is not possible to have good governance without sound economics in place while it is economics which becomes the key underpinning factor for ensuring that a country is governed well. Since there is no quick fix path to high sustainable growth, the focus clearly has to be on institution-building. An economy simply cannot afford to have poverty alleviation or equitable growth without having to institutionalize the growth process of creating productive jobs to bring in larger benefits to the society. Therefore, it becomes imperative for India to keep focus, which can now be seen clearly in the recent years that have gone by where the focus has been to keep away from the temptation of bringing in quick growth of 8% or 9%. Instead, stress has been laid on creating sound infrastructure for growth impetus and to get embedded in the system inclusively.

The first and the foremost step towards what is known as institution building in the past few years was accomplished with setting up of India’s growth path through a new institution NITI Aayog replacing the erstwhile Planning Commission in 2015. To move ahead in times of a highly volatile fast-paced global economy, India must keep her pace and make sure that we respond to our own domestic needs and contingencies along with what we can do with the global economy. Hence, more such efforts will be needed to do away with the past ideologies and move towards progressive institutions.

At a time when India was getting into the danger zone of being perceived as a high inflation economy, the setting up of the Monetary Policy Committee (MPC) in 2016 brought about a major development in the area of monetary policymaking in the country. Struggling with nearly 7%-9% inflation for a few years, it became important for India to be seen as a country that is sincere about its inflation management. So, the institutionalization of the whole process of monetary policymaking which culminated in the form of an MPC has undoubtedly played a major role in anchoring inflation expectations in our economy to a large extent. The country is also looking at sectoral institutions that are getting built over time, for example, the Real Estate (Regulation and Development) Act (RERA).

In respect to the focus shifting from macro to micro, it can be seen that India is now starting to allow structural reforms such as the Goods and Services Tax (GST) to take the centre stage in the whole new fiscal scenario.  The passing of the GST bill after close to a decade-long discussion and debates on its implementation has been in itself one of the biggest reforms in the post-liberalization era that has provided with multiple benefits. Of course, short-term disruptions are present in all likelihood but the basic idea and the emphasis have been to ensure a way for sustainable growth where our people, in general, have greater confidence and faith in our institutions and the systems.

While speaking about India’s potential to make tremendous progress in the years coming ahead, one cannot shy away from putting equal attention on how we are going to make our workforce employable. People by themselves are not an asset unless they are made employable. The need is to impart skills and that is where the focus should be at large- as to how to go about “Skilling India”. The focus in our fast-paced changing world also has to be on how to re-skill our existing workers.  India has long been showcasing its natural inherent ability in software expertise globally, but to adequately harness the same on the home ground, it is crucial to ride on both digitalization and digitization for an inclusive growth. The way forward then is to how to use technology in different processes so that every citizen of this country is brought in the path of growth. Therefore, initiatives like Skill India and Digital India present all of us with an opportunity to unleash the true potential of our economy in today’s time.

India is amongst the very few economies in the world that enjoys the combination of both economics and political stability in general. The first impulse that comes from a large set of global investors is that India’s economy is one of the most attractive destinations because of this combination. So, quite impressively the focus has been on building a new India. It is about the change and the confidence that has been brought into our country in recent years and will continue if we keep on moving forward taking everybody along.

The four ideas that are helping the current government in bringing change are; one, a proactive approach to seek economic and investment participation at the global level. Second, is the focus on consensus in almost every key economic reform. Third, is the concept of competitive federalism amongst our states and lastly, a sound credit culture in the economy. Although we can see some of the major changes happening around because of these ideas, there is still a long way to go in reforming certain important areas like land and labor. There is also a dire need to usher in urbanization without crowding our cities. This calls for taking productive jobs to the rural economy so as to create what are known as Rurban spaces in terms of bringing some of the best benefits of an urban society.

A new India is thus getting built and the focus must be to nurture our strong pillars so that within a three to five-year time zone, India looks at an 8%-9% growth figure. This evidently requires the global rate to grow at 5% on a sustained basis but India presently has enough domestic levers and impulses to be able to realize a growth rate of more than 8% if it gets all the programs and designs in the right place.

Previous In Conversation with Michael Porter 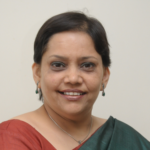 After the Virus: How COVID-19 is Changing the Future of Your Work 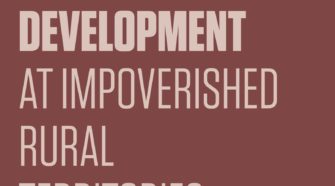