Dr. Bibek Debroy shares his views on states of India, their ranking considerations and the role of government at the National Competitiveness Forum.

It is amiable to rank various states but to try and deduce policy changes out of those rankings is probably not so simple as it might seem.

We are still in the process of decentralizing this country in terms of decision-making and not just in fiscal terms.

Almost 95% of India’s national income originates in the states depending on the occurrences in any year. When one is talking about India’s competitiveness, the question is also about the competitiveness of her states. That is why we have studies on India’s competitiveness vis-à-vis other countries as well as studies on the competitiveness of Indian states vis-à-vis one another with most of them dating back to the end of the 1990s. Talking about the reforms process of the 1990s, there have been various definitions over time. Much of today’s reforms pertain not to the external sector and the product markets but to the factor markets i.e., land, labor and natural resources. It is important to note that most of these factor markets as per the Seven Schedule to the Constitution are either in the state list or in the concurrent list. Quite often, one is stuck with the problem of objective data particularly at the sub-state level, for instance, when trying to monitor India’s progress towards the MDGs or the SDGs. Thus, whatever be the set of indicators, there is always a paucity of objective data when the states are to be ranked. Alternatively, data can be gathered through responses to subjective questionnaires but in either of these cases, there are problems particularly in a country like India where the employer-employee relationship does not characterize more than 50 million of the workforce.

Another issue is that we are a country where many enterprises are Micro, Small and Medium Enterprises (MSMEs) and 95% of them are not registered under any form of legal identity, not to forget the struggle to obtain decent sample sizes and sampling designs; the problems are only manifold. Nevertheless, looking at the various studies conducted to determine the investment attractiveness of states, the front-running themes included are the physical infrastructure, transparency about the rules and the regulations, the speed of clearances and the complicated tax regimes, amongst others. There is also a cluster of labor-related issues and issues connected with law and order.

The picture that these studies generally tend to show is that except at the margin, fiscal incentives do not matter. A simple question here is that since the role of the states has become only more important since 1991, how has the whole situation changed since then? Has there been any convergence across the states? Or has there been a divergence? The answers to these questions perhaps depend on the kind of indicator that is being used and on whether one is using the base level or the increments. One of the key lessons since the 1990s has been that some of the historically backward states, if not in the decade of the 1990s itself, have exhibited fairly high rates of growth with the beginning of the decade of the 2000s.

The interesting fact here is that despite high rates of growth some of the states tend to be relatively backward even today just because of their initially low base levels. So, states like Bihar or Madhya Pradesh or Chhattisgarh might have had sufficiently high rates of growth but then these states in terms of per capita income will still be considerably lower than a state like Punjab. Further, there are also certain legitimate legacy issues related to the physical and social infrastructure that some states generally complain about.

Even in taking into consideration these things, an important question to ask is: Where does this lead us? Clearly, these studies cannot be only positive. They must also be normative to be able to lead policy changes. The problem is that it is not always easy to pin down responsibility. If one today finds out that the roads are in bad shape, it is necessary to first ask about which category – Are they the National Highways or the district roads or the rural roads?

The point made here is that it is amiable to rank various states but to try and deduce policy changes out of those rankings is probably not so simple as it might seem. Competition among states is, of course, desirable but when we rank states, three caveats must be kept in mind. First, there is a value judgment which is present in such rankings. Second, there are legacy issues to be dealt with. Finally, much of all this is a direct adaptation of frameworks from other countries in the world but compared to those other countries the role of the government here in India remains far more important and of informal nature or what is known as the rural nature.

I believe that every citizen in India must be entitled to a certain basic level of goods and services regardless of where he or she happens to be located. Once that minimum threshold has been ensured, we can debate the role of the government. The responsibility, however, depends on multiple layers of government consisting of the union government, the state government and the local bodies. We are still in the process of decentralizing this country in terms of decision-making and not just in fiscal terms. For many years, it has been argued that India is excessively over-centralized. Perhaps yes, because of the colonial reasons and even post 1947, due to the influence of the planning process. It is only now that we begin to see the process of decentralization not just fiscally but otherwise.

Next Three Years of Governance

In Conversation with Whitney Johnson 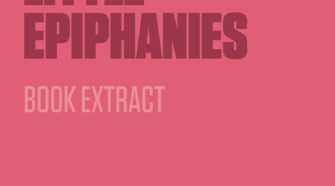