What if the economy is not a machine? What if it is an evolving ecosystem which responds almost as organically as a biological system will to all the mutations and shocks? The shocks here in this sense can be technological shocks, geopolitical shocks, domestic shocks, politics, etc.

When talking about economics, governance or policy-making, it is important to think about the conceptual framework that is being used. One such conceptual framework that underlies Neoclassical economics, Keynesian economics, Monetarist economics and also Socialist Planning, is the idea that an economy is a machine, a machine which is gigantic. Perhaps this is the reason why we hear Newtonian mechanics and hydraulics-based terms like equilibrium, liquidity, fiscal and monetary levers and so on in economics.

The underlying thought here is that the economy is like a Victorian steam engine that runs along some fixed rails and much of policymaking is about taking a decision as to how much coal is to be shoveled into the engine when it slows down or to decide how hard it can be to pull the brake when it speeds up too much. Therefore, very often it is about designing policies or solutions and then implementing those in practice as meticulously as possible. However, what if the economy is not a machine? What if it is an evolving ecosystem which responds almost as organically as a biological system will to all the mutations and shocks? The shocks here in this sense can be technological shocks, geopolitical shocks, domestic shocks, politics, etc. What could then be the most logical way to think about economic policymaking?

To understand, let us consider an example. If you have a dog, then on taking your dog to the park what you will normally do is throw a Frisbee so that your dog catches it. Now, what happens if you are an economist? What precisely will you do in this situation? Most likely as an economist you will visit the park first to measure the wind speed. The next step would go into doing some research about the breed of the dog and then looking at the design of the Frisbee used. After performing a couple of iterations, this general equilibrium model will provide you with a forecast. As a policymaker, you will take that forecast to the Frisbee Policy Committee meeting once in every two months which will deliberate about where the Frisbee is going to land and at the end will issue a forward guidance to the effect of it. At this point, the economist is expected to take all this information to drag the dog to the mark where the Frisbee is supposed to land and will attempt to tie the dog into that place. The economist will then walk back and throw the Frisbee to see the results. Being an everyday complex system, it is in all probabilities likely to have a gust of breeze or a small scratch on the surface of the Frisbee causing it to swerve. There may even be a small deviation in the angle at which the Frisbee gets thrown in the first place. So, all of these factors or may be a combination of them will cause the Frisbee to fall somewhat different from where the model originally forecasted it to be. Since the dog is stuck and tied, the result would be different from what the economist expects from the model used.

The usual approach by the economist now would be to again form a committee that will go into preparing a report with graphs and charts explaining why the dog failed to catch the Frisbee. Meanwhile, what we can see is that normal people get their dogs to catch the Frisbee! A natural question now is to think that what and how this takes place? The answer is that the dog catches the Frisbee based on an entire cycle of flexibility and feedback loops. People indicate broadly to the dog the body language which is nothing but the general direction in which they will throw the Frisbee and then throw the Frisbee in that direction. The dog while looking at the Frisbee runs after it and when it begins to come down, the dog looks at it again to adjust itself flexibly. Finally, as the Frisbee starts to come down towards the ground, the dog again adjusts to it, looks at it and then jumps towards it to grab it. Therefore, the solution is to not have general equilibrium models that try to forecast as to where on earth the Frisbee is going to land!

Before going into the question of how to get this thinking applied in economics, we must first go through another field of governance and policy-making, which is urban governance and design. If anybody asks an average Indian to name the most well-designed city in India, the answer is most likely to be Chandigarh and if asked about the best-designed city in this world, many would agree on Singapore. This revelation shows that Chandigarh is a national champion and if worked upon a little harder in terms of its design, etc., it can end up securing a place like Singapore in the world. However, in practice, there are exactly opposite ways of approaching the urban design issue.

While India was on the path of building a bunch of cities all the way back in the 1950s, the most expensive and a well-known city which emerged over time was Chandigarh. Like all good machine designers, the designer of this city presented us with a master plan which could be considered as the plan for a perfect city having broad and straight roads and with a few designed buildings. The idea, as with any other planning-based system, was that if the plan is good and is implemented meticulously then we would end up with one great city.

On the other hand, when Singapore became independent in 1965, it was a very poor city with areas full of slums and communal riots all the time. There were no natural resources and in fact, even today, the country imports a significant amount of its water supply.  Overall, it lacked the major economic prospects, which were so bad that it was indeed thrown out of the Malaysian Federation.  The Prime Minister at that time began to get Singapore to become a major container port with all the abandoned naval ports that the British had left behind. The PM also began to invest in low-end manufacturing. However, by the 1970s, this model had become so successful that it was already becoming too expensive a place to do this kind of low-end manufacturing. The result was an upgradation into becoming an electronics manufacturing hub. By the late 1990s, even this had become expensive for Singapore to support and sustain. The country then moved on to become a major financial hub and more recently transformed into an education and an entertainment hub. Probably none of us thought in the 1970s that a country so poor to start with would go on to become a world-class example of prosperity. So, what happened to Singapore in between all these years? The answer to this question is again the cycle of feedback loops and adjustment. While Singapore managed to adjust its value chain over the period of time to become one of the most successful cities in the world, Chandigarh kept its loyalty to the master plan that it started with, to remain and become what it is today.

The most recent reform by the current government to overhaul the indirect tax system of our country i.e., the Goods and Services Tax (GST) when first introduced was deemed by many to not to be implemented in July 2017 because of the unintended consequences that it may have on the whole economy. However, keeping in mind the cycle of flexibility and feedback, the government implemented the reform in July 2017 itself, fully aware of the fact that not all the systems had been put in place till then. Here, fast-moving groups were created to take all the feedback and make adjustments accordingly. The move clearly was to do it deliberately because it came to be understood that no matter how great the model can be, it is never going to tell the unintended consequences of an activity. So, it is now that we see this kind of feedback loop and flexibility-based thinking to have begun making policy in today’s time. There can be several other areas and sectors where this approach must be adopted and appreciated.

There is an ongoing process which takes place continuously because of the system that is evolving and adapting. The metanarrative i.e., the meta conceptual framework is not of the economy as a machine but as an evolving ecosystem. Consequently, it is not about moving from one equilibrium to another because there tends to be no equilibrium here in the first place.

Previous In Conversation with Michael Porter

Next The Unsung Heroes 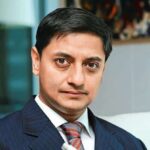 Sanjeev Sanyal is an Indian economist, writer, environmentalist, and urban theorist. Currently he is the Principal Economic Adviser in the Ministry of Finance, Government of India. He was Deutsche Bank's Global Strategist and a Managing Director till 2015 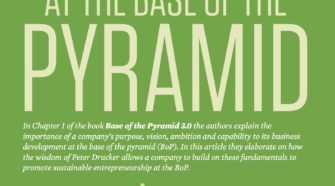