To celebrate Henry Mintzberg receiving the Thinkers50 Lifetime Achievement Award we take a look at his first classic book: The Nature of Managerial Work.

“Instead of spending time contemplating the long-term, Mintzberg found that managers were slaves to the moment, moving from task to task with every move dogged by another diversion, another call.”

“All managerial work encompasses these roles, but the prominence of each role varies in different managerial jobs,’ writes Mintzberg.”

What managers actually do, how they do it and why, are fundamental questions.   There are a number of generally accepted answers.  Managers have a vision of themselves — which they largely persist in believing and propagating — that they sit in solitude contemplating the great strategic issues of the day; that they make time to reach the best decisions and that their meetings are high-powered, concentrating on the meta-narrative rather than the nitty-gritty.

The reality largely went unexplored until Henry Mintzberg’s The Nature of Managerial Work published in 1973. Instead of accepting pat answers to perennial questions, Mintzberg went in search of the reality.   He simply observed what a number of managers actually did.     The resulting book blew away the managerial mystique.

Instead of spending time contemplating the long-term, Mintzberg found that managers were slaves to the moment, moving from task to task with every move dogged by another diversion, another call.   The median time spent on any one issue was a mere nine minutes.   In The Nature of Managerial Work, Mintzberg identifies the characteristics of the manager at work:

From these observations, Mintzberg identified the manager’s ‘work roles’ as:

Figurehead: representing the organization/unit to outsiders

Disseminator: of information to subordinates

Spokesman: transmission of information to outsiders

Entrepreneur: initiator and designer of change

Resource allocator: deciding who gets what and who will do what

‘All managerial work encompasses these roles, but the prominence of each role varies in different managerial jobs,’ writes Mintzberg.

Says Gary Hamel: “Five reasons I like Henry Mintzberg: He is a world class iconoclast.  He loves the messy world of real companies (see The Nature of Managerial Work).  He is a master storyteller.   He is conceptual and pragmatic.  He doesn’t believe in easy answers.”

Strangely, The Nature of Managerial Work has produced few worthwhile imitators.   Researchers appear content to rely on neat case studies filled with retrospective wisdom and which are outdated as soon as they are written; or general interviews in which managers pontificate generally without being tied down to particulars.  The actual work of managing enterprises often goes unnoticed behind the fashion and hyperbole.  Pity

Previous The Circular Economy: An Opportunity for Renewal, Growth, and Stability

Next Change comes from within 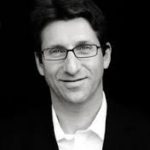 The author is one of the founders of the Thinkers50. He is co founder of the media content, concepts and consulting firm Suntop Media. He writes on business issues for magazines and newspapers throughout the world, including The Times, American Management Review and is a contributing editor to the US magazine Strategy+Business. 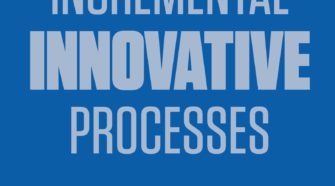