“The capability to generate and apply insights and qualitative judgments to innovation is a key competitive advantage.”

What marks the great business leaders apart is not their capacity for hard work. Virtually all work insanely long hours.  Nor is it their intelligence.  Most CEOs are smart people. Nor is it good fortune.  In life and business luck tends to even out over a life or a career.

No, what separates the great from the merely good is the ability to make judgements.  Great leaders have the capacity to speedily and decisively reach conclusions and act upon them.

Think of Steve Jobs.  When he returned to Apple it was a mess.  The emphasis had been on developing more and more products.  Apple was selling printers in partnership with Hewlett Packard and making next to no money on them.  Focus had been lost and managers were increasingly addicted to elaborate Power Point presentations.  Jobs cut the numbers of models and products.  He drew a simple two-by-two diagram and said the company needed a product in each quadrant.  He banned PowerPoint.  When he discovered the realities of the partnership with HP, Jobs left the meeting and called the head of HP to cancel the arrangement.

Steve Jobs was highly resistant to quantitative research.  Apple was built on insights rather than analytics.

The capability to generate and apply insights and qualitative judgments to innovation is a key competitive advantage — or, at least, should be.

The trouble is that most companies use a number-driven approach to innovation. Companies invest heavily in developing analytical skills.  In recent years, investments have poured into analytics and big data to increase organizational analytical power. Innovation processes have been re-engineered, or over-engineered, with stage-gate processes equipped with financial evaluation tools to support

the go/no go decisions and the release of resources at each stage. In their search for numbers, analysts look for benchmarks, from which they can extrapolate impressive-looking business cases and forecasts. Before you know it, the decision has been taken and the company committed to a me-too innovation.

The result is that qualitative perceptions don’t get an airing. Strategy and innovation should not be a mere exercise of analytical power, but a qualitative process in which the analysis serves insights born out of individual observation and reflection, rather than the other way round.

Why do business leaders struggle so much in incorporating qualitative judgment into their innovation decisions? Our research uncovered two main causes.

First, is what can be called Schumpeter’s bias, after the famous economist Joseph Schumpeter theory of creative destruction. We all pay lip service to Schumpeter’s vision of the lone and creative entrepreneur. This image is so entrenched that people unconsciously tend to believe that the magic of an insight is not replicable. Many business leaders believe that we depend on “individual” genetic talent. But scientific evidence of the last 30 years proves just the opposite.

A famous study on identical twins aged between 15 and 22 years found that while 80 per cent of IQ differences were attributable to genetics, only around 30 per cent of the performance on creativity tests could be explained that way. Many of the traits we assume to be genetically determined are in fact the product of one’s environment. That’s a tremendously significant finding in support of the idea that we can work on learning and improving our creativity.

Of course, not every child will be a Leonardo da Vinci, nor will every young manager be a Steve Jobs. But people who point to that fact are missing the one really important truth about creativity: there’s two types of creativity. Creativity as in genius (the big C) and creativity as in attitude, thinking ability and mindset (the little c). We tend to muddle these two quite different sorts of creativity.

For example, if you dig into the back-story of Apple, you’ll soon realize that it wasn’t all about Steve Jobs. He was actually wrong a lot of the times. If it had been entirely up to him, Apple would have never opened the App Store. What made Apple great was the combination of Jobs’ genius with the little c of the people he worked with and who weren’t afraid to express their own ideas. Jobs understood that as well — not, perhaps, in his first spell at the company, but certainly in his second. When asked what he thought was his most important creation, rather than mentioning the iPod or iPhone, Jobs said it was Apple, the company. He claimed that “making an enduring company was both harder and more important than making a great product.”

The second element at work is discomfort with qualitative judgments. Measuring is comforting. Companies, mostly large ones, need to maintain some kind of control over processes, and playing the management-by-numbers-game makes decision makers feel more confident. Moreover, the act of measurement is generally seen as a guarantee of unbiased results. Enraptured by the Holy Grail of quantitative analysis, business leaders are so obsessed by numbers that they rarely question their guidance. Preoccupied with issues such as predictability and control, they have become increasingly suspicious of qualitative perceptions.

However comforting it might be to stick with what you can measure, leadership isn’t about feeling comfortable. It’s about catching opportunities as they occur, even when the numbers suggest otherwise.

Consider the story of Nespresso by Nestlè, which has become Europe’s leading brand of premium-portioned coffee. Nespresso machines brew espresso from coffee aluminum capsules, a type of pre-apportioned single-use container of various high-quality coffees and flavourings. The Nespresso brand took off when it stopped targeting offices and started marketing itself to households. Behavioural evidence on how households would respond to the new concept was poor and suggested that consumers’ intentions to purchase did not meet quantitative threshold requirements set by market research protocol at Nestlè. Jean-Paul Gaillard, a young marketing head of Nespresso at the time, believed strongly in the product and thanks to his skillful interpretation of the data convinced the company to take the risk. If he had only listened to quantitative research, the concept would have never got off the ground.

Analysis is useful.  No question. But, the reality is that judgement is the driving power behind innovation.

Next The Roofless Room 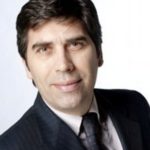 Alessandro Di Fiore is the founder and CEO of the European Centre for Strategic Innovation (www.ecsi-consulting.com) and chairman of Harvard Business Review Italia. He was included in the Thinkers50 Radar in 2016. 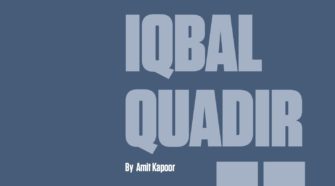