In an interaction between Amit Kapoor and Roger Martin, Dean of the Rotman School of Management, the latter shares his view on the India story and why he believes it is far from over. Mr Martin also serves on the Boards of Thomson Reuters Corporation and Research in Motion and is chair of Tennis Canada.

“There was almost no projection of India out into the world 20 years back. Now, India has projected itself into the world whether it is TCS, ICICI, Infosys or Wipro.”

“I think it is dangerous to allow a country to buy your companies when you can’t buy theirs.”

What do you think about India’s competitiveness?
I find it very exciting that India has woken up to the fact that it can be a consequential country in the world. Initially, the focus was people and the idea of economic upheaval was on the sidelines. At present, it has a bunch of companies that play successfully in the global economy. It is this mindset change, which is exciting to see.

Are we over-emphasizing the idea of India? India is just 2.5% of the global GDP. Where do you see India?
I think in the modern world, it really matters the degree to which we can create something that not only citizens want, but also to evaluate how we are able to project that into the world. There was almost no projection of India out into the world 20 years back. Now, India has projected itself into the world whether it is TCS, ICICI, Infosys or Wipro. I don’t think that the sole criterion for judgment should be a country GDP vis-a-vis world GDP. One needs to look at the progress that India has made in the past. Canada is just 3 % of the world GDP and does contribute to the global economy in various fields with companies like Bombardier, Four Seasons and McCain.

You have given a very interesting example of McCain Foods, which is a very product centric company, but in India we haven’t really seen the emergence of products. What’s your view on the reasons for this?
As the world is increasingly becoming a service oriented economy, India is being very modern as it is trading more in services than in products. Jobs in manufacturing are going down. China’s share of manufacturing as a percentage of manufacturing is going down even though they are the manufacturing hub of the world. I do not think that it is a negative for India that it is figuring out how to have international trade in services.

As India is primarily a factor driven economy and there is labour arbitrage. How could India and other emerging economies move up in the future?
The key factors of production, which are selling internationally, are human resources like skilled engineers that are getting expensive. Their costs are inflating and it hampers India’s ability to play the labour arbitrage game. On the flip side, it provides the incentive to do something else, like what Japan did when faced with a similar situation. Japan today cannot play the labour arbitrage game that they played 50 years ago. Because their wages are as high as American wages so they have to compete on a more sophisticated basis. Upgradation and economic change is as much a stick-based as a carrot-based game. And I assume that is going to happen with India, as its human resources get more expensive.

What do you think are the few steps that the governments need to take to come out of global economic slowdown?
Japan grew at astonishing rates in the past. So it is not new that India and China are not going to return to a 10 % GDP per capita growth and it is partially because when a country grows fast its labour arbitrage opportunity gets smaller and that makes it harder to grow that fast consistently. If I would be the Indian government, I would be planning to grow more like 5% than 10% and going forward trying to spur it to get to it to 8%. 10% is just unbelievably fast economic growth, something that rarely happens in the course of human endeavors and I don’t think one would wishfully want to bet on that. 5% growth is fantastic.

5 % growth seems very scary in case of India as we would not be creating enough jobs. Wouldn’t you say that 5 % is acceptable for larger economies with smaller bases?
Certainly, this way India would pull more people out of poverty faster. Trying to artificially grow economies faster than they can grow does not get more people out of poverty. It creates cycles of boom and bust and people who suffer most in downturns are poor people. The best way for India and India’s poor is to be on a stable growth path that does not have a lot of ups and downs and overheating in the economy. I do think, that there is always a macro tradeoff that all the countries governance bodies have to make, which is how much of the resources are we going to spend on consuming current prosperity versus investing in future prosperity. And in North America governments have tilted considerably in favour of consuming more of current prosperity rather than investing in future prosperity and that is what India should really be careful about.

Going deeper into the idea of India and India’s competitiveness, do you look at India as a whole or should one look at the sub-national level, say provincial level as we move on in the future?
I think you have to look at both because India has a central government and has one currency, that is one perspective to look at; but it is regions, which are dominating the world economy. So that is another perspective. India is a classic case of both perspectives.

How do you get the right balance of perspectives?
You can only try to be always aware of the need of balance and recognize when you are getting out of balance. There is no mechanism that I have seen which allows you to stay in balance.

There has been a lot of talk about India versus China. Where do you think the difference lies and what is the future of the country?
The really big difference is infrastructure. China is investing in the physical infrastructure and building fantastic infrastructure. Their highways, trains and airports are better than American highways, trains and airports. In India the infrastructure seems largely in disarray though the airports are in order now. There is also a gigantic difference between the two in language skills. It makes it easier for companies from the west to do business in India, which is a substantial English speaking country. India is more chaotic than China and Chinese have got this kind of state capitalism. Sadly, both India and China have one thing in common which is world-class corruption capability. That is the real frustration to companies trying to do plain ordinary business.

Could you give an insight as to how corruption reduces a country’s competitiveness? Why is it important to really rein it in?
It is a case of classic rent-seeking behavior. There are people who are positioned at various points in the economic chain who engage in rent-seeking. Dollars are being spent by companies to pay people off for activities that have no value whatsoever for consumers. Companies are paying for the right-to-offer. It is just a drain on the creation of consumer value and that is a sad thing.

When we talk about corruption it is often thought that governments are always wrong, do you think and see corporates doing this as well?
When I say corruption, it is not only government and its rent-seeking behavior by various people. Freer markets provided a sort of an antiseptic to corruption. I do think it helps corruption if markets are trained in some manner. It is a fact that corruption is high in various places around the world where there are constrained markets.

When you say constrained markets what you mean is overregulated markets. So what we need to work on is freer markets and capability to make products and services?
Yes. although given North American experience, free markets have some connotations, which people do not necessarily like. The financial crisis came because of freer markets and looser regulation. But I think we can solve this by having a clever and precise regulation. I think regulation is good but regulators need to regulate using the lightest touch. Figuring out the lightest touch possible to accomplishing the goal is the key.

India is having a huge debate on what sectors to open to FDI like FDI in retail, etc. Are you professing that India should look at more open markets?
Yes. Though with regards to FDI, I am a great critique of the current theories of how you monitor and regulate FDI. In merchandise and service trade the underlying philosophy is reciprocity. That’s the nature of trade agreements. And in FDI the conceptual underpinning of the regulation is that there is no need for reciprocity, it is just net benefits. If we have net benefits as our criteria every economic system would fail. In various GATT rounds we lower our tariffs, all of us, some of those tariff reductions would produce net detriments but if you look across all sectors it would provide a net benefit. This whole thing where you are looking one-by-one and asking whether there is net benefit or not is I think absolutely flawed. If this happened the country that would be maddest is China because they think they can buy anybody else’s company but they will not allow a single one of their companies to be bought. They are not showing any reciprocity in foreign direct investment and they are basically buying stuff up. I think it is dangerous to allow a country to buy your companies when you can’t buy theirs.

How do you think the government in a place like India should actually look at this opportunity of creating systems, which is going to be beneficial to corporates?
I think in my country as in any other, government does not get close enough to companies to really understand how it can be really helpful to companies. Part of the problem is they are fearful they will work in their own self-interest and not in the interest of the country. In not having robust dialogue with individual companies it is hard for the government to really understand what these companies need.

Previous My Brand of Challenges

Next Why India Must be Audacious 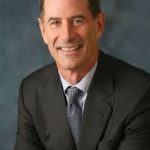 Professor Roger Martin is a writer, strategy advisor and the former Dean and current Institute Director of the Martin Prosperity Institute at the Rotman School of Management at the University of Toronto in Canada. He is also the Premier’s Chair in Productivity & Competitiveness. From 1998 to 2013, he served as Dean. In 2013, he was named global Dean of the Year by the leading business school website, Poets & Quants. 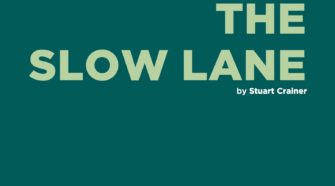