Scaling Up: Why A Few Make It and The Rest Don’t, in Good Times and Bad

One of the most important factors responsible for the huge black economy that we have in India is the way we fund our politicians, political parties, and elections.

However well India improves on her administration and the processes, the country will not be able to succeed until and unless some of the basic structural problems that have contributed to a large proportion of its economy get resolved.

There is a thin dividing line between what accountants and lawyers call good tax planning and what it actually is. It is nothing but a clever way of saying the term tax avoidance. This dividing line is between tax planning or more appropriately the legal forms of tax avoidance which are clearly the illegal ways of evading taxes. The process through which illegal money is converted into legal money (also known as money laundering) is termed as round-tripping.

Since the early 1990s when the Indian economy was opened up until very recently, close to 40 % of all the foreign money that came into India was routed through a small clutch of islands in the Indian Ocean called Mauritius. The reason for money moving this way was that these islands offered certain tax benefits and across the world, there are 90 such destinations which are also called as tax havens. So, this was one of the methods to save taxes that also helped people convert black money. However, over the years the countries which were supportive of tax savings suddenly realized that things were not looking good. As a result, a new initiative called Base Erosion and Profit Shifting was started. The idea was to have a set of norms to provide of a guard against these forms of tax savings. There were some generally accepted rules for tax evasion that were sought to bring in including the automatic sharing of information, and gradually things started moving forward.

In India, one of the key initiatives of the current government has been the beginning of the gradual closure of the Mauritius route and also the use of certain kind of overseas derivative instruments called as P-notes or participatory notes which have been widely misused historically. For instance, company A was controlled by company B and company B was further controlled by company C but our regulatory authorities like the SEBI or the RBI either did not have the capability or chose to turn a blind eye to the question of who controlled company C?  The answer was a D Company. So, it was a route that was deliberately kept open previously and now it has been gradually closed like the Mauritius route or the Singapore route and the transition has been smooth. Though change is beginning to happen, there are still some routes that have been kept wide open and continue to remain so. This is because looking at the registrations of the foreign portfolio investors and the foreign institutional investors, it can be seen that many of them are shifting base to other jurisdictions including the Netherlands because they want to continue the process of tax savings.

Viewing all of this as a part of a bigger philosophy, the question is whether the kind of development that we have seen including the emphasis on growth at all costs ignoring the distributional aspects is justified or not. Indeed, economists have noted within nation states and across nation states that there has been a sharp rise in economic inequality. Then is this good enough for the future of our country? Is it not adding to social tension? The fact that some of these routes remained deliberately open for those having power and authority to become richer is nothing but a sad account of our growth story.

One of the most important factors responsible for the huge black economy that we have in India is the way we fund our politicians, political parties, and elections. Despite all the claims that we are moving towards a more transparent system, our system of political funding remains extremely opaque and is a big contributor to the kind of black economy and corruption that we currently witness in our country.  The Mauritius route has of course been a very important part of this. Therefore, it is important to look at how the India-Mauritius double taxation avoidance treaty has been misused in the wider global context of illicit financial flows. There is a need to understand how these deals are structured and multi-layered. Digging deeper, one may find that the complexity which is shown is deliberate, in order to make it much more difficult to lift the corporate veil and at the same time preventing from looking ahead and making our systems more transparent.

Much has been said about the need to curb the black economy over the last few years. However, the need of the hour is to look at this problem as a case study which India should have done long ago, regarding how we can plan on going ahead. There are initiatives that have just begun to do so but we still have a long way to complete this process. The black money which was supposed to come back from Switzerland will never come and the Prime Minister himself has acknowledged that.  The reason it could never come back is that it was not there.  It may have been there at one point in time but over the years it got laundered.  Therefore, however well India improves on her administration and the processes, the country will not be able to succeed until and unless some of the basic structural problems that have contributed to a large proportion of its economy get resolved. This is because despite the fact that this government has been taking some incredible policy decisions, the bad news remains that not enough jobs are being created. The twin balance sheet problem, the non-performing assets of the banking system and so on continue to stare us in our face. We need to create more jobs and self-employment must pick up but India has not witnessed job creation over the last three years and the continually rising inequality is not helping us become the next big thing in this world either.  Hence, until and unless we address all these issues squarely in the face, all we will be doing is deluding ourselves of our ability to hold our heads high in the committee of nations. 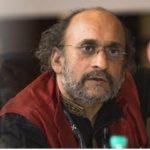 The author is an independent journalist and an educator. His work experience, spanning over 36 years, cuts across different media, including, print, radio, television and documentary cinema. His main areas of interest are the working of the political economy and the media in India and the world, on which he has authored/co-authored books and directed/produced documentary films. 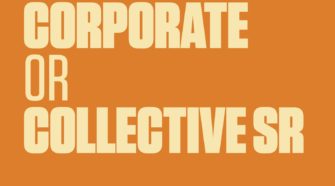