In Conversation with Henry Mintzberg

It is important for us to be continuously in a state of flux on a journey towards a better tomorrow.

On partnership among different stakeholders and the federal system, the approach has been to change the paradigm of working together and in the spirit of helping the people of India to look for a better and brighter tomorrow.

The belief has been to learn from the best practices worldwide.

It has been 200 years since David Ricardo first talked about his theory of comparative advantages of nations and as of today, the world has come to be presented with a viable model by Professor Porter, which is cogent and fine-tuned in nature. This is a model on which industries and nations can progress, plan their future and have a compassionate bent of mind. In particular, an idea that is by far the most coherent in its impact in this model is the best and the most effective use of corporate social responsibility, which is not only about 2% or 3% of company profits but something related to the very business itself.

Since the time of coming to power, the present government at the center has introduced the concept of cooperative and collaborative federalism amongst various states, which resonates very well with the objectives and the approach of this model. To work towards a national agenda, the government has been embarking on a continuous path in a polity marred by several ideologies where it is not one political party but a multitude of parties in coalition in many states working with different thoughts and processes. One of the many examples is the Goods and Services Tax reform where the Prime Minister has brought in together all different viewpoints on one page converging into a single capitalist viewpoint. Maintaining its focus on business principles, the government has been and will be oriented towards creating a long-term framework for our country to develop as well as grow faster than any other country in this world. We believe that the end objective can never be met unless growth is sustainable and steered by compassion towards the lesser privileged sections of the society. We must also appreciate the fact that even if things are better today than they were some years ago, they are not the best. This is primarily because the day one starts thinking that things are in good shape, all the innovations and further improvements to the working of the government come to an end. Hence it is important for us to be continuously in a state of flux, on a journey towards a better tomorrow.

In regards to the objective and the style of the present government, the agenda has been to set very aggressive goals thereby leading each one of us to act upon very aggressive pro-reform measures. This was a time when despondency started to develop about India and investments were not taking shape, so the present government started to take on a bold and decisive leadership to bring in a new way of thinking. It has now been realized and recognized that being pro-business does not translate into being anti-poor. In fact, it is a combination of good business practices that can ultimately help India get out of the poverty trap that it faces.

Few of the many examples that are delivering on our government’s goal are in order. There was a time when there were only 358 kilometers of digital fiber optic in the country, which became a push for all of us to get internet to every nook and corner of our country. Today in less than three years, the reach has expanded to 200,000 kilometers. Further, looking at energy efficiency and the game-changing potential that it had, the government unleashed the shift to LED lighting and to make India 100% LED in a span of five years. Achieving 50% of its target in the first two years, it is expected that by 2019-2020 the country would be saving $6.5 billion in consumer electricity bills annually along with 80 million tons of carbon dioxide that would be reduced every year. This also translates into saving annually 112 billion units of electricity. Similarly, with respect to the electrification of our country, we had close to 18,500 villages having no access to electricity even after seven decades of independence. This is excluding those 250 million households out of which almost 45 million households were not yet connected to electricity at all. This government, while echoing on the belief that everyone must be a part of prosperity that the nation enjoys as a whole, has tried to take this up on a mission mode and ensure that every village in India is blessed with electricity. While the target has been kept as 2022, we are hopeful to see significant results in the next two and a half years itself.

With a great deal of focus on tech knowledge, the country is also counting on changing the way they can look at the electricity infrastructure by switching over to smart meters. A growing larger push on renewable energy is another example of the government’s sensitivity to the challenge of climate change internationally.

With respect to red tapism, the bureaucracy has begun to look at things differently by changing the paradigm of working while going forward. These and many other examples are reflective of the working that is focused on the management principles of transparency and outcomes coupled with time-bound execution. Similarly, on the partnership among different stakeholders and the federal system, the approach has been to change the paradigm of working together and to work in the spirit of helping the people of India to look for a better and brighter tomorrow. The aim hence is to create a foundation and a framework of good governance that will outlast the present or any government and will help India to grow sustainably for the decades to come.

It is only a journey and the three years have been no less than a saga of creating one of the most dynamic and forward-looking governance infrastructures that India has seen over many years. The belief has been to learn from the best practices worldwide. We believe that the new theory of cooperation, competition, and compassion will help India reach the next level of development in a far more organized and structured manner. Our country is undoubtedly on the cusp of a transformational journey which is going to lead to a better quality of life for the billion plus people in India.

Previous States of India, their ranking considerations and the role of government.

Next Priorities for the Future 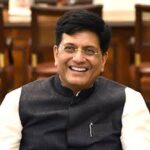 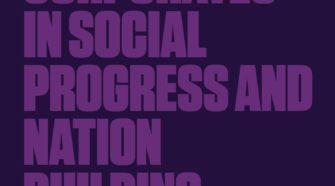