“Along with China and the United States, India is the only country in the world that has the size and the structural foundations to become a superpower and to stay that way for the next two thousand years and beyond.”

At its India Summit in 2010, the World Economic Forum invited me to join a televised debate on “What kind of a superpower will India be.” The other esteemed panelists included BBC’s Nick Gowing and several prominent Indians – from the industry, the government, and the NGO sector. Featuring a bunch of argumentative Indians, the debate was, not surprisingly, quite lively. To me, however, a shocking surprise was that several of my Indian colleagues questioned rather openly as to why India should aim to be a superpower at all. Since then, I have had this question posed to me on at least five other occasions by prominent Indians belonging to either the government or the NGO sector. Talk of low ambitions!

Other than sheer random luck (you dig for water and out comes black gold), no individual, organization, or country has ever gotten anywhere without dreaming of touching the sky. Ambition fuels daring. It also fuels action. If all you aim for is to become a little bit better off than yesterday, almost anything might work – including going to sleep on your job as our current political leaders appear to have done in recent years.

India had the good fortune to be “born” as one of the greatest countries on earth. It maintained that status for more than two thousand years. The last two centuries, however, have transformed the giant into a pigmy. Instead for accounting for about 25 percent of the world’s GDP (which India did until the early 19th century), our contribution now is a little over 2 percent. Given the country’s inherent strengths, it does not have to stay that way. Along with China and the United States, India is the only country in the world that has the size and the structural foundations to become a superpower and to stay that way for the next two thousand years and beyond. However, as the current crisis amply illustrates, we will have to strive and work hard for it. Greatness is unlikely to be thrust upon us.

India enjoys five major strengths – a blessing that none of the other BRIC nations (not even China) share. These are the foundations on which we need to build the castles of tomorrow.

First, India has a stable democracy that has withstood the test of extreme diversity, several wars, and economic turmoil. Sometime in the next decade or two (perhaps sooner), China will be forced to confront a transition to democracy. Given China’s level of economic development, urbanization, literacy and digital connectedness, this is inevitable. What remains unclear is whether the transition will be peaceful or traumatic. In that sense, politically, India is already future-ready. It is also encouraging that, although coalition politics is here to stay for the foreseeable future, two major parties – on opposite sides of the center – have emerged as the torchbearers for the citizens’ differing ideologies. Importantly too, state governments are now beginning to compete with each other for better governance and economic development.

Second, along with the US and China, India has built one of the strongest higher education systems in the world. Graduates of India’s top colleges and graduate schools contribute mightily to the country’s pool of leadership talent. In addition, by rising to the CEO position in several of the world’s largest corporations, many of them also help make the case for India in corporate boardrooms and the financial community globally.

Third, like the US and Europe but unlike China, India has a very strong private sector and a large pool of extremely well-managed multi-billion dollar companies. These companies are as good as or better than their Western peers in the quality of leadership and management. India is also home to a growing pool of technology entrepreneurs. One should add, however, that the size of annual venture capital investment in India remains a fraction of that in the US or China.

Fourth, reflecting its Asian heritage, India enjoys one of the highest rates of savings in the world. This is particularly noteworthy given that India is still one of the poorest nations in Asia; thus, a large chunk of the country’s population is forced to spend almost the entire bulk of their meager earnings on bare necessities such as food and shelter.

Fifth, India enjoys strong backing from some very powerful allies – notably the US, Japan, and Europe. All of these powers accept the reality of China’s ascendance. They also realize that China is more likely to adopt an assertive non-compromising “China First” role in international affairs. Thus, unless a friendly India rises up to become an economic (and thereby geopolitical) power to rival China, the global baton will eventually pass from the US as the world’s sole superpower to China in this role. The rich countries appear to have concluded that it is in their own strategic interests to help India’s economic rise. Why else would George W. Bush go out of his way to ensure passage of the US-India Civil Nuclear Agreement? Why else would Japan be so eager to help India build the Delhi-Mumbai Industrial Corridor?

At the core, India’s problems appear to be rooted in a seeming lack of realization by the country’s leaders that “what got you here won’t get you there.” In real terms, India’s GDP in 2010 was twice as large as in 2000 and almost four times as large as in 1990. When the economy was smaller and had suffered from low growth for several decades, it was relatively easy to kick-start higher growth by picking the low hanging fruit. In the case of India in 1990, this meant the removal of many mindless handcuffs that had kept companies and entrepreneurs shackled.

Given today’s much larger economy, the government’s role needs to become that of a proactive enabler. The infrastructure of 2000 is totally inadequate for the current size of India’s economy. No large country has ever relied largely on the private sector to finance or build the country’s infrastructure. Look at the US in the 1950s and 1960s and China over the last two decades. Yet, instead of focusing on infrastructure as Job 1, India’s leaders have chosen to focus on giving handouts as the government’s primary mission. Boost demanding without removing supply-side constraints begets higher inflation. That leads the central bank to jack up interest rates which in turn deters companies from making investments – a classic vicious cycle.

A second important respect in which today’s India is dramatically different from that in 1990 (or even 2000) is the level of the country’s global integration. The honorable prime minister and finance minister keep saying that investors and citizens should focus on India’s internal strengths rather than on actions by the Federal Reserve in the US, a far-away land 10,000 miles away. This is nonsensical. In 2012, India’s total trade in goods and services as ratio of GDP came to 55.3% vs. 26.5% in 2000 and a paltry 15.2% in 1990. It would have been utterly impossible for India to achieve the 7.6% average annual growth in GDP that it did during 2000-2010 without access to global capital, global resources, global technology and global markets. Rather than pretending that global integration is a side-show, the country’s leaders need to focus on how to help India leverage global integration for advantage instead of heightened vulnerability.

Another major impediment to India’s growth is the persistence of a colonial hangover and continuing distrust of foreign multinationals. Yes, British colonization of India was reprehensible in every imaginable way. Worse, the imperial rule grew out of initial encroachments by The East India Company, a foreign multinational. We must never forget this nasty period in the country’s history. At the same time, we gain nothing by mortgaging the country’s future to its past. The days of MNCs being able to behave like The East India Company are long gone. Today’s MNCs bring not just capital but “smart” capital i.e., capital backed up with technology, managerial know-how and global networks. Bulk of the value that they create is absorbed by the host country. This is the pragmatic reason why, aggregated across the economy (rather than sector by sector), even the Communist Party of China has been friendlier to foreign MNCs than India’s leaders. As Deng Xiao Ping famously said, “It doesn’t matter whether the cat is black or white. As long as it catches mice, it’s a good cat.”

Could This Be India’s Golden Moment?

The next ten years have the potential to be India’s golden moment. China is slowing down rapidly. While official numbers may indicate a 7.5% growth rate in GDP for 2013, many economists believe that the actual figure may be closer to 6-6.5%. According to World Bank estimates, China’s likely growth rate for the next ten years will be around 6% – at best. Should India get its house in order, it could easily be the world’s fastest growing economy for the next 20 years.

My own discussions with senior executives in several of the world’s largest corporations suggest that MNCs are sitting on billions of dollars of investable cash and are wary of putting all of their eggs in just one or two baskets even if those are big baskets such as the US and China. India is the only other large economy with the ability to soak in several hundred billion dollars of the world’s capital. As the CEO of a Fortune 50 multinational said to me, “We are ready to invest. Is India ready to welcome us?”

The immediate task for the government is to stabilize the rupee. As proposed by IHS Asia, the incoming RBI governor could do this quickly through a combination of two measures – a $30 billion swap line with the US Federal Reserve and the issuance of NRI bonds.

Beyond the immediate stabilization measures, the government needs to focus on removing bottlenecks to investment by India’s own companies. The finance minister has been making the rounds of the world’s economic centers to drum up FDI. This is sheer waste of time. Foreign investors pay far greater attention to the decisions and actions of India’s own companies than they do to ministers’ assurances. Why would foreign companies ramp up investment in India when India’s own companies are ramping down? The starting point has to be the removal of domestic bottlenecks faced by Indian companies, especially those focused on infrastructure. As these bottlenecks begin to dissipate, the domestic stock market will start perking up. Combined with a stabilization of the rupee, that in turn with trigger inflows of both FII and FDI capital. With the right set of policies, the current vicious cycle can be transformed into a virtuous one.

Will India’s leaders be up to the task? I remain optimistic. India has a history of not waking up until forced to do so by a serious crisis. Like 1991, now could again be one of those golden moments.

Next In Conversation with Jordan Kassalow 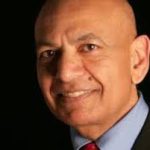 Dr. Anil K. Gupta is the Michael D. Dingman Chair in Strategy, Globalization and Entrepreneurship and Distinguished Scholar-Teacher at the Smith School of Business, The University of Maryland at College Park. Anil also serves as chairman, The China India Institute, a Washington DC-based research and consulting organization. 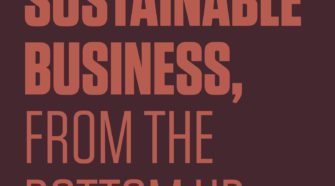