LETTER TO THE CEO

“In this metaphor, each fish is an autonomous being that congregates in schools to improve their chances of finding food and fending off predators.”

“In just about every kind of business, digitization is having a strong effect, and it’s going to intensify as computers get increasingly powerful.”

You’re probably hearing a lot about convergence these days:

Still, convergence tends to be like the weather: everybody talks about it but nobody knows what to do about it.  Our conventional strategies assume stable industries and economics.  We’re stuck in old mindsets while business is being transformed.  We’ve imagined our companies as portfolios of businesses working within defined boundaries. It’s time for new metaphors, and my favorite is a school of fish swimming in an ocean without borders that separate the waters.

In this metaphor, each fish is an autonomous being that congregates in schools to improve their chances of finding food and fending off predators.  The fish constantly watches their fellows to know what to do, based on a few simple rules such as follow the majority or move toward the successful (fatter) fish.  The scouting fish on the edges are looking for threats and opportunities, and they’ll often veer off in response.  At times the school needs to scatter apart, but the school soon reforms when the danger passes.  A migrating school gradually shifts direction as the scouts discover new leads and attract others to follow in their boundary-less world

Think of any sizeable company as a school, with each fish representing a line of business (LOB).  Because of convergence, each LOB is free to swim in many directions.  But if they cooperate and loosely influence each other, they generate collective motion that enables most of them to survive and prosper.  Their flexibility and autonomy generates a kind of swarm intelligence that better responds to collapsing boundaries between physical-digital goods, industries, and even functions.

Here’s what the school of fish metaphor means in business terms:

How far you take this advice will depend on how far along you see convergence happening in your industry.  But don’t assume you’ll have much time to move once you see the shifts.  In just about every kind of business, digitization is having a strong effect, and it’s going to intensify as computers get increasingly powerful.

Convergence is turning every business into a school of fish, wandering in a vast sea of possibilities with predators at every turn.

Next Leading Thinkers in Economics and Governance for 2017 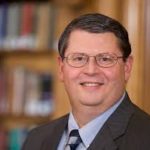 Richard D’Aveni (www.radstrat.com) is Bakala Professor of Strategy at the Tuck School of Business at Dartmouth College. He reinvented the language of strategy with the bestseller Hypercompetition. His other books include Strategic Supremacy, Beating the Commodity Trap and Strategic Capitalism. He was shortlisted for the 2017 Thinkers50/Brightline Initiative Strategy Award.

This site uses Akismet to reduce spam. Learn how your comment data is processed. 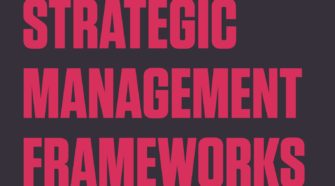