Ms. Ilse Gayl, Chair Woman of One Rain and the CEO of Swift Tram

“The best cities are also happy and to make cities happy one has to focus down to the neighborhood level.”

“How we behave, is tied to the systems that we are interacting with and not only should we be investing in our interface with them but also in their interface with each other.”

Rainer Speh: I would let you know how we combine the investment, cost reduction, and value creation by introducing to you the model that we are using at Siemens for smart cities and communities. We have matured industries for electricity, gas, water, but also for transportation concerning rail and road, concerning buildings, smart buildings. We have gained a very high degree of completeness and high functionality. These verticals can be distinguished between infrastructures as the utilities where we can have electricity combined with water, gas, cooling, and heating.  We could have transportation where we have rail and road, and others. We could have buildings but we have the security part, as well as the operational part and we can have lot of others like government or e-government whatever is necessary and this layer is needed to optimize operation. A proper infrastructure in the city like public transport systems, roads, hospitals, kindergartens whatever is needed to make a city lovable and livable. The database will address the different stakeholders in the city where we have the people. We have to re-address the administration and talk about the environment. There are a lot of opportunities for cost reduction which is the first layer and value creation will be the main task for the second layer.

Kwanza Hall: The best cities are also happy and to make cities happy one has to focus down to the neighborhood level. Atlanta is a living laboratory, where all types of local experiments related to the big idea of smart cities and smart governance can be applied in a pilot or innovative setting that gives room for test case that are small enough that you can manage them but then also create an environment where you can scale up. Ideally it is focused on adaptive reuse of existing things not as much building anew; which you already have, focus around water, transportation and the build environment. But the build environment should be focused on design that it is within human reach. Mini cities around the world especially in United States are great at building buildings, stadiums and churches and all types of other facilities but not so good at building people. Cities really should be for people and if they are for people, the people will be happy.

Ilse Gayl: The balance of how we invest our money and how we invest our attention to physical infrastructure is shifting from focusing solely on the massive qualities to the behavioral qualities. As we go forward, our investment should be in what we like to think perhaps as intelligence systems or automated systems. As we have more development, we have more need for making sure that the more crowded world that we live in is smoothly operating. for e.g.  instead of having to rebuild the mixed run of and sanitary sewage systems of existing systems, we can actually use environmental rainfall information to predict how much it is going to rain on a particular sewer catchment and to move our mixed sewerage out of the way into a temporary storage area in advance of the storm so that we do not pollute our city. How we behave, is tied to the systems that we are interacting with and not only should we be investing in our interface with them but also in their interface with each other.

Chad Evans: Can you share your perspective on what matters for Rwanda and some best practices we can take away?

Christian Rwakunda:  Rwanda understands the importance of investing in infrastructure for economic development. We continue to invest heavily in infrastructure by locating fee for our annual budget. We have our long term strategy development plan which aims at transforming the country to a middle income nation. We have some policies like the National investment policy.  In energy, the aim is to increase generation by almost five times within five years so that almost 70% of our population have access to energy. We want to develop low cost transport means such as railway and build new international airport, reliable well maintained road network to ease the transport. We want to develop the cargo freights with the aim of becoming an International hub in the region in Africa and beyond. In urban development we have developed master plan for our major cities and also coordinate the implementation for each town. We also have to provide basic infrastructure in urban areas as well as in the rural areas to reduce the income differential between the two. We have developed the power purchase agreement whereby private sector enter in agreement with the power equity for 15-20 years. We have developed railways by Private Public Partnership (PPP) to ease the investment. We need overall sectors to be performing hence we have reforms in improving public administration, deliverables and micro economic stability.  We have decentralized the administration. Most importantly we have reformed our business environments.

Chad Evans: I want to have a conversation about ‘People’, ‘Priorities’ and ‘Public Private Partnerships’ models for investment. Can you share your thoughts around what you describe to me as Citizen 3.0 & Citizen 4.0?

Rainer Speh: The Citizen 1.0 is just the regular citizen living in a city and doing nothing than just living there.  The Citizen 2.0 has already, a kind of a smart phone just getting a lot of information but not contributing to anybody else, he is just digesting information. Citizen 3.0 is the active citizen who is involved in developing, planning, operating, and optimizing the city in a way whatever is possible with smart technologies. Citizen 4.0 is also actively involved in financing, so he is paying some kind of acceleration money to the authorities to get certain things happen in the quarter or in the overall city which is in his interest but may be also in the overall interest of the city.

Chad Evans: What do you see in Atlanta in your living laboratory?

Kwanza Hall: We have a combination of neighbors within the neighborhood.  Some are in the high end but we also have an area with the greatest concentration of poverty in South East United States where the average income is $3000 a year. We empower the families and children to own their own future.

Chad Evans: Can you share some thoughts on what you think are critical, the relationship between people or the physical environment?

Chad Evans: What is your perspective to Ilse’s interesting example of United States of crowd sourced funding for infrastructure development?

Christian Rwakunda: It is the primary responsibility of any government to develop infrastructure but having the huge amount of investment, you need to capture all opportunities so that you can invest efficiently. Tapping in the private sector is also important. So bringing in the Private Public Partnership is important in any government to achieve this goal. It gives some level of efficiency and it also adds on the huge investment that is needed for infrastructure development.

Rainer Speh: What I see as a major trend coming from China where they discuss horizontal organizations schemes in cities. So they get rid of all the different entities addressing different infrastructures, modes of transportation and just get a horizontal organization scheme; addressing customer interface, doing operation, optimization which saves money but makes it also easier to have some kind of co-design. In Germany, many years back we had this multimodal control system dealing with electricity, gas, water, and transportation and this might be a major trend.

Kwanza Hall: We could bring back the trillions dollars in store accounts in a tax savvy manner and create fund structures in this infrastructure bank that can go down to the very local level and focus on parties that are sustainable, that create resilient communities and happy cities. So it is kind of a crowd source model at a very local level but we need innovative legislation to make it legal and possible.

Previous Knowledge Integration & Utilization for the Well-being of Globalized Society

Next How smart and connected products are transforming competition 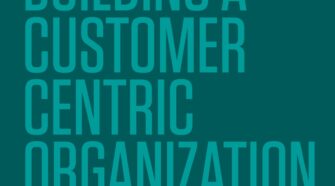