The Economic Implications of COVID-19

In her speech, Erin Meyer examines the cultural nuances of regions and countries and ways to recognize and bridge them in the work setting and otherwise.

A culture map is a system that breaks culture down into eight behavioural scales. It looks at differences between countries in terms of how people build trust, how they make decisions, and the like. Through about 180,000 interviews conducted in about 57 countries, these countries are positioned up and down these scales. Two countries’ cultures can be very close on some dimensions and have very big gaps in other dimensions. Culture maps are particularly useful to look at when working on a global team. It is interesting to see how global teams are impacted by cultural differences and similarities.

It is also important to remember that even though culture maps provide interesting information about gaps between societies, there will obviously be things like regional differences or generational differences within a society, and of course, each individual will be positioned differently on every dimension. Secondly, the whole purpose of a culture map is to look at the relative gap between the countries. For example, the British may perceive the French as disorganized and unpunctual, whereas the Indians may perceive the French as rigid and too focused on punctuality. This is called cultural relativity, which shows that when two cultures fall on opposite ends of the same culture, they have opposite perceptions of what that culture is like. Here, on the scale of linear time and flexible time, France falls between the UK and India. This is the way these scales work. It is not a question of looking at where the country falls, but at how one culture perceives another based on the gaps on the scale. A third point to remember is that the research only includes local, which means people who were born in one culture, one country, and have spent their lives living in that country.

Culture maps are particularly useful to look at when working on a global team.

One of the dimensions to compare cultures is looking at what it means to be a good communicator in different parts of the world. There are two cultural styles of communication- low context and high context communication. In a low context culture, communication is informed by the assumption that there is a low level of shared information, shared reference points, and shared relationships among the communicators. Hence, in these cultures, good effective communication means a communication that is very explicit, specific, and clear. In a high context culture, communicating is informed by the assumption that there is a high level of shared reference points. Hence, good effective communication is a lot more nuanced, sophisticated, or layered. In France, there is an expression called “deuxième degré”, which means “the second degree.” To say something in the second degree basically means, “don’t listen to what I meant, listen to what I really meant.” It is to say something that conveys a message other than the literal one.

As per the research, Anglo-Saxon countries fall in the low context category. English is a more literal language than many other world languages with less opportunity or necessity to speak and read between the lines. However, even within this Anglo-Saxon cluster, the UK is the highest context of those cultures, and the US is the lowest context culture in the world. Both Latin American and Latin European countries fall somewhat midway on the scale. Arabic cultures fall towards the high context category as the Arabic language is high context in itself, which means words have multiple meanings. Asian cultures have even more high context languages, so many words have multiple meanings, and meanings of some of the words can only be understood based on the context within which they are spoken. Japan is the highest context culture in the world, and they even have an expression called “Kuuki Yomenai” or KY, which is used to describe someone who cannot read the atmosphere. So in Japan, a good communicator can really pick up all those subtle messages.

These differences in communication style can be explained by the history of these cultures or countries. The US is the lowest context culture and Japan is the highest context culture in the world because the US was created by a mix of cultures whereas Japan is an island society with a homogeneous population. The Japanese have lived for thousands of years speaking the same language in very close proximity, and have learned to read the atmosphere. In the US, just 250 years ago, people were moving from all over the place having different backgrounds, different histories. Americans learned very quickly that if they wanted to pass a message, they had to simplify it to the lowest common denominator, then repeat themselves, and then put it in writing. This implies that cultures that fall towards high context on the scale within their linguistic clusters tend to have a more common shared history, while those towards low context tend to have more immigration.

When teams consist of people from all over the globe, the most likelihood of misunderstanding arises between a high context culture and another high context culture. If those cultures don’t share similar roots and they are all speaking between the lines, all are reading the air, but they have different air. The key takeaway here is that global teams need low context processes. Organizations also work with clients and customers, so while working with low context, there should be as much clarity as possible; things should be put in writing and recapped three times. Working with high context people is more complicated, and good communication can be established through a cultural bridge, which could be a person from that culture that can help read the atmosphere.

There are also different ways of giving feedback determined by one’s cultural background. We all want to give feedback in a constructive manner, but what is considered constructive in some cultures is destructive in others. Some of the high context cultures give more direct negative feedback. Being high context and direct at the same time means when it comes to giving negative feedback, people are more likely to use upgraders, which are words that make the negative message feel stronger. So, negative feedbacks are worded as “this is totally inappropriate,” or “this is absolutely unprofessional.” In more indirect cultures, people use more downgraders. Negative feedbacks are worded like “you might possibly think about doing this a little bit differently, maybe.”

There are also some countries that fall more toward low context and somewhere in the middle on the scale of feedback styles. For example, Americans are very focused on transparency, clarity, and putting things in writing, except when it comes to talking about something negative. Americans are taught to give three positives with every negative, so negative feedback should always begin with positive feedback, and then proceed to convey what can be done differently. As per research, Americans give more positive feedback and stronger positive feedback than any other country in the world, which is even confusing to the Japanese. How we give and take feedback partially comes from our schooling systems. In different cultures, children already at a young age may be developing a tougher skin or more sensitive skin, and that may then stick with us somehow into adulthood.In conclusion, there are cultures that have similar positions and cultures that have different positions on these two dimensions, communication and feedback, and it is when the cultures shift the positions that we need to be particularly a

Next Loonshots: How to Nurture the Crazy Ideas that Win Wars and Transform Industries 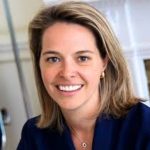 Erin Meyer is a professor at INSEAD, one of the leading international business schools. Her work focuses on how the world’s most successful managers navigate the complexities of cultural differences in a global environment. She offers cutting-edge insight and practical strategies to improve the effectiveness of projects that span the globe.