Keynote by Bibek Debroy, Member, Niti Aayog on development and governance in India at the Shared Value Summit held recently in Gurgaon.

If you look at all the definitions of governance a distinguishing feature is that governance involves participation; it is about the decision-making process. The governance of India is going to improve if the indicators of social and economic progress in India improve. It is not going to improve because of what government does alone, but would happen if citizens participate in the process. India becomes a better country only when citizens try to ensure that India is a better country. For example, the consumer protection act in 1986 happened because there was citizen demand articulated through NGOs and civil society. The same goes for the environment protection act in 1986, and the right to information legislation.  If we look at the recent initiative of this particular government in terms of smart cities, what distinguishes smart cities from several other government attempts to rejuvenate urban governance is that the smart city mission involves citizens. It is citizens who in conjunction with municipal bodies and state governments determine what smartness means for their city.  So therefore, if you look at the top two cities, Poona and Bhubaneswar, the citizens of Poona have interpreted smartness in one way and the citizens of Bhubaneshwar have interpreted smartness in a completely different way

When we think of governing India, things like social security, we tend to assume there is an employer-employee kind of relationship.  If we assume India’s workforce/ labor force to be 450 million only about 45 million are in any kind of formal employer-employee relationship. The next is the data issue.  The data issue is not only about macro-economic data i.e. data like GDP, fiscal indicators, financial sector but we are talking about other set of indicators with which we face a huge problem, because we do not have a handle on entrepreneurship for instance, outside corporate sector manufacturing. We do not have a handle on any services beyond financial services, which tend to be organized; we have virtually no handle on agriculture. We have no idea on the social indicators, indicators that are linked to health and education. Even if we talk about the roads that are being built there is a three-tier kind of structure we have the national highways, state highways, district roads and the village roads. There is no awareness beyond that.

For a very long time we have debated on the percentage of the Indian population that is Below the Poverty Line (BPL). This debate has been based on the national sample survey, which only enables us to form idea at aggregate level. It never enables us to identify what an individual is doing, what an individual household has or does not have. We have a Socio-Economic Caste Census (SECC), which is already being used by the government for the rural sector. The SECC is not a survey it is a census. The SECC tells us exactly which poor household holds what and has what.  So, despite the data problems and the informal unorganized sector, we have the beginnings of some transition that are now happening. Though SECC is old and one needs to work out how it can be updated fast and made close in almost real time. The transition is happening through the Pradhan Mantri Jan Dhan Yojna accounts. The poor in India already have bank accounts, whether they use those bank accounts or not is a different matter. The bank accounts have also been integrated with Aadhar biometry.

We are increasingly going to have an integration of the above things with smartphones but that transition has not happened. The union government in Delhi is not quite relevant. It is relevant for foreign policy, for defense, national highways, some policies but the bulk of what happens in India is determined by states. 90-95% of national income originates in states and so far, as delivery of public goods and services is concerned it is not even in the states, it is the local bodies.

There have been several arguments, theoretical & non-theoretical arguing India is excessively centralized in terms of governance. We have just begun to see the beginnings of just fiscal devolution and also actual decentralization. The decentralization happens not just from union government to state governments, which is obvious but also within state governments down to local bodies.  Finally, the purpose of Niti Aayog is to ensure that the life of every citizen in India improves, measure it using appropriate indicators and track that improvement over a period over time.

Everything that is talked about or is done outside, feeds into that process, as it is not possible for the government to do it alone. All of us wear multiple hats so that was strand number one, strand number two our job is to ensure that entrepreneurship in India flourishes and there is an enabling environment for the entrepreneur throughout India.

Previous Development and Innovation in India

Next Vast Entrepreneurial Potential in India 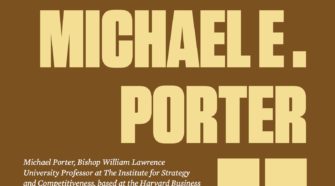