Keynote by Bibek Debroy on Economics and Governance at the Thinkers Sandbox Event.

One of the major problems in India with respect to governance is that most of us expect our governments to do everything.

Governance – a term that is not only widely used but also widely abused in our country. Our people have a natural tendency to use this expression without giving thought to what they precisely mean by the term “governance”. Thus, before one appreciates our governance or thinks of how to improve on it, its meaning should be arrived upon first.

To understand what governance is all about, the term should be interpreted specifically in the Indian context. In a country like India, it is important to understand the structure of our constitution in the first place. Here, the nature of public administration is such that deliverables of any particular government scheme are contingent not only on the central or the state government but also on the local governments. Hence, the motive must be to look at governance from a bottom-up perspective of the 600,000 odd villages that India has got and not from a top-down perspective.

One of the major problems in India with respect to governance is that most of us expect our governments to do everything. To approach governance issues with the right focus, we need to prioritize and ask what we finally expect from governments in order for them to serve us in a better way. It is a well-known fact that governments have limited fiscal and administrative capacity. However, most of the times we tend to forget that they also face opportunity costs just as we do as normal individuals. Given the limited capacities of governments, the need then is to set priorities, firstly about the law and order, secondly, the items covered in our physical infrastructure and thirdly, the social infrastructure that spreads across different states and regions.

If there are areas where the government can vacate the space for the private sector to become the sole driver of delivery then it can be possible for governments to focus on the priority list that it seeks to make. Since every country has a certain historical context and some specific conditions, there is a critical difference between what governments finance and what they actually provide for. For instance, it is possible for the government to finance people living below the poverty line as defined but that does not necessarily point towards a situation of delivering on educational outcomes by the government-run educational institutes. Although a move to clear up space for private sector to deliver depends partly on which sector one is specifically talking about, a broad set of criteria can always be thought upon to enable such a move.

The word “governance” is often used indiscriminately. Different definitions have been put forward by international organizations like the World Bank, the UNDP, the OECD, etc. but a definition that encompasses all such complicated ones given by these organizations is that it is primarily about participation in the decision-making process. We must remember that the preamble to our Constitution says, “We the people”, and not “government”. Therefore, it is wrong to believe that governance in India will improve if our citizens hold our governments as solely responsible and do not themselves become part of the whole process of nation-building.

The Future of Work 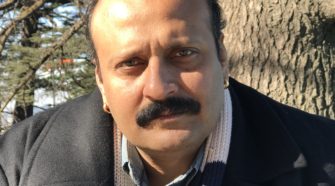