The author makes a compelling argument in pursuing social objectives alongside economic objectives as it brings in exceptional business benefits.

“It is now widely accepted, that large corporations should actively seek to maximize social and environmental gains from their activities, as much as they pursue profits or shareholder value.”

“However, the broad principle, which I believe these cases set out sharply, is that imaginative frameworks and regulation can contribute very significantly, to realizing synergies between pursuing social objectives and commercial objectives.”

It is now widely accepted that large corporations should actively seek to maximize social and environmental gains from their activities, as much as they pursue profits or shareholder value.  At the very least, they should minimize the negative social and environmental impact – as a respected colleague of mine used to say, certainly no organization (except in caricatures) declares itself to be anti social, or anti-environment!

Most corporations are aware that reputation, if nothing else, for maximizing social and environmental gains, brings about numerous business benefits.  And even beyond the reputational benefits, I believe it is fair to say most corporations, and their leadership, are conscious of the responsibilities they bear, by virtue of managing large financial and physical resources, and overseeing activities which sometimes have a significant impact on society and the environment.

They need not be.  In fact, I know of several cases – and my colleagues will certainly know more – when the pursuit of the two categories of objectives have reinforced each other.

In some cases, this synergistic reinforcement is the result of a sensible, and in some ways imaginative, regulatory measure.  And I believe one of the most powerful contributions this forum can make, is to encourage the conception and application of similar frameworks, regulatory or private, which have the happy result of encouraging this synergy.

Let me set out two such cases, both a few years old, but both of which I believe have lessons for India and other developing countries today:

Now the whole idea of house loans to the lower end of the market has been given a bad reputation in recent years by the so-called “sub-prime” crisis.  But at the time, in the relatively small and straightforward market in which this mechanism was tried out, it had the very happy and synergistic effect of encouraging participating institutions to make loans to a socially needy section of the population, which was usually treated as a low commercial priority.  And they were in effect compensated commercially for doing so, by a faster repayment of their sub-market rate institutional loan to the fund.  [Full disclosure: the firm I worked for had a role in designing this scheme.]

It is possible to discuss both these cases in detail and to debate in depth how well or otherwise these mechanisms worked, and how they would need to be tweaked for larger or more complex markets.  However the broad principle, which I believe these cases set out strongly, is that imaginative frameworks and regulation can contribute very significantly, to realizing synergies between pursuing social objectives and commercial objectives.  They can incentivize the pursuit of socially and environmentally positive gains, rather than relying on a compulsory levy which becomes a cost of doing business.  And encouraging such synergies is surely one of the most powerful contributions that can be made, by this very influential group gathered today for the Shared Value Summit, in India. 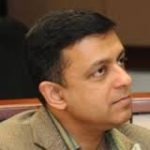 K Sree Kumar is the Deputy Director, TechnoServe India on building an Innovations Bridge between India and Africa. Over 25 years' global experience, in professional services and consulting, and in executive roles. Significant concentration in recent years on development, social enterprise and private sector solutions. Extensive experience of donor-funded work. 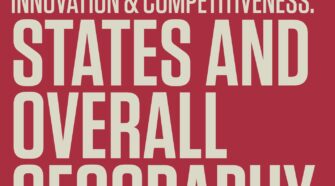