After the Virus: How COVID-19 is Changing the Future of Your Work

The market capitalism business has still not found a comfortable home in India despite 25 years of economic reforms. Most people are of the belief that the market is efficient and business has to do with efficiency, but they do not believe it is moral, that it has anything to do with Dharma. On the contrary, capitalism is not only efficient, but also deeply moral. It is far more moral than socialism.

Being honest is Dharma Satya, and therefore, Satya is the source of competitive advantage.

Despite the benefits of competition that we have seen in various areas, the people do not see that it is connected to the system. The prevalent belief is that reforms make the rich richer and the poor poorer, but this is not true. The main problem is that people do not distinguish between being pro-market and pro-business. These are two very different things. Every businessman or every business person is a monopolist, whereas the market is all about making sure that the persons who win actually deserve the win.

The market itself is moral, and Dharma-like behaviour actually improves competitiveness in the market. Sellers in the market know that they are not selling only for once, that there will be repeat purchase and if they want to get the customer to come back, they have to be honest. Being honest is Dharma Satya, and therefore, Satya is the source of competitive advantage. It is the same with other stakeholders in the market. If a company treats their employees well, if they are honest with them, and the employees see good values in the organization and a career track for themselves, the company will be able to attract the best talents. In this way, competitive advantage comes by doing the right thing.

Similarly, in the case of suppliers, every company has the temptation to squeeze its supplier, but if you squeeze the supplier too hard, you will get a defective component which will go in your product and hurt you in the market. Hence, being fair to suppliers is also an act of doing right which then supports market success. Community is also a stakeholder for companies, and those that care and support their communities build a good reputation, which help companies with customers and in getting good employees. These are examples of how respecting employees, being fair to suppliers, being honest with customers or being passionate about customers and finally, supporting the environment and the community is not only good Dharma but also something that gives competitive advantage.

Respecting employees, being fair to suppliers, being honest with customers or being passionate about customers and finally, supporting the environment and the community is not only good Dharma but also something that gives competitive advantage.

Inequalities do get created in the markets, but if the sin of capitalism is greed, the sin of socialism is envy, and I would rather have greed than envy any day. Read the difficulty of being good and you will see why envy is a much worse human weakness than greed.

One of the problems in being in a democracy is the fact that if there is a candidate who promises electricity at half the price, and the other candidate says they will invest in electric power generation and ensure to gradually have enough power for everybody, have a competitive market for power so that the benefits to society are greater, the voter will immediately choose half price electricity. They would rather have half price electricity tomorrow than wait for five years when the benefits of the market will come. The voter, like anybody else, cannot see the invisible hand that Adam Smith talked about because it is invisible. The benefits of the market and competition and competitiveness come from that.

Next Panel Discussion on Innovative Capacities of States 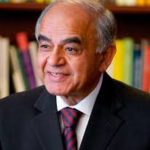 Gurcharan Das is an author, commentator and former CEO of Procter & Gamble India. His latest book, India Grows at Night: A liberal case for a strong state, was on the FT’s best books for 2013. 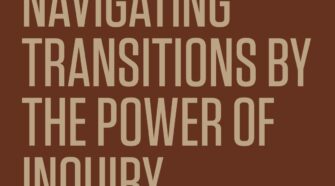