The author builds an argument on how enterprises would need to move away beyond ideas like Philanthropy and how shared value would be the driver of economic growth in the future.

“We believe for instance, that it (shared value) will steer companies away from traditional philanthropy programs that scarcely achieve assigned goals and do not create the kind of impact that society needs.”

“The idea, it is expected, will compel organizations to embrace policies and practices that enhance their market edge and profitability while simultaneously improving the social and economic conditions of the communities in which they play.”

Shared Value is emerging as an incredibly useful concept for corporates across the world, and Cargill too recognizes its myriad advantages. We believe for instance that it will steer companies away from traditional philanthropy programs that scarcely achieve assigned goals and do not create the kind of impact that society needs.

Cargill, founded 150 years ago, is a global player in nourishing people.Our growth has enabled us to help improve the lives of millions of people–through the products and services we provide and through employment, our supplier networks and the contribution we make to economies around the world. We see value creation as a basic requirement for successful business, but it doesn’t stop there.

Being a global player not only makes it mandatory for us to operate responsibly, but it also offers us an opportunity to create long-term positive value for society. We too are aligning ourselves with this new trend of Creating Shared Value, and embedding it firmly in our culture, DNA, thought processes and value system.

When Cargill India started its packaged foods business, it realized in a few years that it could help improve the status of India in an area that has become a critical problem for the country—malnutrition.

In recent times, India has seen unprecedented economic growth and is one of the global leaders in agricultural production. Despite this, and despite the fact that it is a self-sufficient food producer, India is still home to one-quarter of the world’s hungry population. According to estimates, a staggering 40 percent of India’s children are malnourished!

Malnutrition in India, especially among children and women, is widespread, acute and alarming. Micronutrient deficiencies alone are estimated to cost India USD 2.5 billion annually while total productivity loss due to malnourishment is about USD 29 billion. Given the country’s high incidence of malnutrition and its detrimental impact on development, ensuring that the required levels of vitamins and minerals reach the population at large is crucial. Among the relevant deficiencies are vitamins A and D due to their proven link to an increased disease burden and impaired human development.

Cooking oil is staple to the country’s population of 1.3 billion and is found in 99 percent of Indian homes. This makes it one of the most surefire weapons to fight the country’s scourge of malnutrition.

It is for this reason, that in 2008 Cargill decided to voluntarily fortify all its oils across the country. We began fortifying our top edible oil brands: Nature Fresh and Gemini oils with vitamins A and D. The fortified oils today reach a consumer base of 30 million.

Voluntarily fortifying our edible oil brands, we felt, not only gave us the opportunity of building competitive advantage and brand loyalty through an enhanced value proposition to a large consumer base, but it also offered us a chance to combat morbid malnutrition.

The initiative also aligned well with our company’s overarching mission: “to become the global leader in nourishing people.” Over time, the innovation has motivated competing brands to fortify their oil offerings as well—a market-wide change that Cargill welcomes.

We have integrated fortification of edible oils into a sustainable business model and do not consider it just a “corporate responsibility” or philanthropic project. Rather, it is now a core part of our business.Given that edible oil is an essential part of a consumer’s daily dietary intake, the fortification initiative is a sustainable value proposition both for the organization as well as our consumers and customers.

In August this year, Fortune Magazine released its inaugural “Change the World List” which ranks companies based on their addressing of major social problems as part of their core business strategy. The concept of Shared Value was central to the methodology for the rankings. Cargill featured among the list of 51 companies who are ‘doing well by doing good’. This recognition reinforces the fact that the next transformation of business thinking lies in the principle of Shared Value.

The idea, it is expected, will compel organizations to embrace policies and practices that enhance their market edge and profitability while simultaneously improving the social and economic conditions of the communities in which they play.

We at Cargill India believe that Shared Value will be the driver of economic growth in the future, an idea that will be a win-win for both organizations as well as society as a whole.

Previous Operational Excellence – The pressure to get the basics right 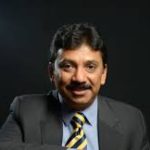 Siraj Chaudhary is the Managing Director, Cargill India. He has been associated with the agriculture and food industry for over 25 years with stints at ITC ltd and the State Trading Corporation of India (STC) before joining Cargill. His tenure at Cargill spans more than 19 years, and includes handling key responsibilities in India as well as in Geneva, Switzerland. 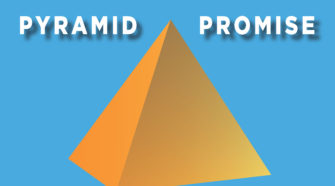