The journey from a customer-centric to employee-centric organization requires asking tough questions and following it up with a cultural transformation.

““Mirror Mirror” is a simple exercise that forced us to have frequent, open and honest conversations to identify where we were and where we were headed.”

“An empowered and transformed employee thinks in a very different way, than one who is driven purely by monetary compensations. He is eager to contribute value, he thinks long-term and he exceeds his own expectations.”

At one of the most popular tribal crafts carnival in India I once had an experience of watching an unusual puppet show. Normally the puppets are the only things you see on stage and the people who are handling them are hidden behind a canopy. But this one had the puppeteers completely exposed and they emoted and acted in synch with their puppets. The show ended with a rapturous applause from the audience. And in no time a swarm of kids had collected around the puppet crew. Even as the kids chatted excitedly with the puppeteers, I could not help but strike a conversation with a person who seemed like the head of the group.

“Any particular reason why you bring the crew up front?” I asked. “Because they are the ones who run the show”, he said dissolving back into the sea of the little admirers, even as those simple lines spoken in a most nonchalant way sunk deep into my ears, settling into that portion of memory which bookmarks some important learnings of life.

Many years later when I started my own start-up called Comnet, which is now $1.4billion, I was to have the same déjà vu moment when at a meeting, a customer spent most of the time praising the project team who had accompanied me and completely ignored me, the CEO! That was to be the start point of many such meetings, experiences and incidents which kept pointing to the same message – magic happens when employees at the frontline rise up to deliver the show!

This realization was to eventually become the fuel of a new philosophy of organizational transformation that came to be known as Employees First, Customers Second or EFCS. More about that later; let me first begin at the beginning.

The year was 2005 when I was asked to lead HCL Technologies. I found the company in a peculiar position then. While all seemed fine on the surface, we were rapidly expanding our global footprint, both in our customer base and operations and growing at a cumulative average of 30%. Yet under this veneer of success, all was not well. In fact, we were growing slower than our rivals and steadily losing market share, mindshare and “talent share.” What would be the right response in such a situation? Do we play safe? Or take the plunge into the unknown? It’s like finding yourself on the ledge of a building on fire. In that moment you have only two choices, either wait to be rescued, or decide to take matters into your own hands and leap to safety.

At HCL we decided to take the leap of faith. We realized that, something had to change – but what and how? To find out the answer it was important to ask some tough questions. This exercise of introspection led to the following discoveries:

— In the business of IT services, it was evident that value no longer lay in the technology itself and certainly not in any particular hardware or software.

— We observed that maximum value was created at the employee-customer interface, called the “value zone”, where frontline employees created customized solutions for customers.

— In order to maximize value creation for customers, the role of managers needed to be redefined – which would be to encourage, enthuse and empower employees.

This was the light bulb moment. By putting employees first, and customers second, we began our journey of transformation. And in the process of doing so we became one of the fastest growing and most successful IT service providers in the world. But this didn’t happen overnight, it was a cultural transformation journey which required moving through several stages.

The first stage was “Mirror, Mirror” or “Creating the need for change”. “Mirror Mirror” is a simple exercise that forced us to have frequent, open and honest conversations to identify where we were and where we were headed. It helped us define point A, the truth and reality of our situation today, before moving towards the destination or Point B. By taking a closer look at ourselves and defining point A, we believed we would be able to connect the dots to Point B.

The second stage involved building Trust through Transparency or “creating the culture for change”. Identifying the need for change was just the beginning. For change to happen, it became necessary for every employee to participate in the process. This would be possible only by building trust not just in leadership or strategy, but throughout HCL.

We realized that to build trust we had to push the envelope of transparency. One of the first steps we took towards creating transparency was to open the window of financial information to our employees. By sharing both the good and bad, we strengthened the culture of trust, just like in a strong family.

By building initiatives that would promote transparency, we ensured that employees clearly understood the organization vision, and how they as individuals contributed to its goals. Another way we built transparency was by trying to build an open office environment. This led to the creation of the U&I portal, an online forum where any employee could post any questions, which I along with my leadership team would answer. The idea was to replace rumors and misinformation with a culture of open conversation.

The third stage was all about “Inverting the Organizational Pyramid”. Once employees had accepted the call for change, and there was a culture of trust that motivated them to embrace change, there was a need to establish the structure for change.

We realized that making small, incremental changes here and there would not work. It was necessary to challenge the traditional pyramid organizational structure itself, to ensure that change would touch every aspect of our business. This is when we thought about inverting the pyramid – and reverse accountability became a key building block for the new structure. This meant that certain elements of the hierarchy had to become more accountable to the value zone. We started with enabling functions – such as finance, human resources, administration etc, and decided to make them more accountable to the employees they were supporting through initiatives like Smart Service Desk to find permanent fixes to common problem tickets.

Next, we decided to take a closer look at the performance of managers across these enabling functions. What started as feedback from the manager’s immediate span of control, went onto become a 360 degree performance review. In one single instance every employee could view the strengths and gaps of their managers, including the CEO, evidently making management truly accountable to the employees

One of the initiatives, the Employee Passion Indicative Count (EPIC) identified the main drivers of employees’ passion and organized them into three core themes, around which a survey was created. This helped us identify and understand the core values that drive their potential to act passionately both personally and professionally.

Transferring the responsibility of change didn’t stop here. The “Value Portal” was created where ideas could be shared by employees with customers and based on a feedback and review process, would go onto to be implemented. Then we took an even bigger leap. We launched “My BluePrint” program, through which 300 hundred managers recorded their business plans which were then hosted on a portal. These plans were reviewed by 8,000 managers. By transforming the business plan review process from a top-down judgment to a peer-peer review, we had taken a big step in creating a company which is in many ways self- run and self-governing.

Manifestations of this are evident in initiatives like MAD JAM which is an internal crowd source initiative for frontline employees that enable micro innovations to gather greater momentum and become employee led business lines. Similarly Meme is our in-house social and professional networking platform created by Gen Y employees which cuts across age, location and function barriers. Today it has more than 70,000 members and is a vital hub for ideas and collaboration.

By doing all these radical initiatives HCL was able to unleash the energy of thousands of employees. And the results were for all to see. Ever since the launch of the EFCS philosophy at HCL, the company has seen its revenues and market cap grow by six times, the active customer base has doubled and the employee base has quadrupled.

But the biggest return has been the change of mindset we had been able to trigger in the company at all levels. An empowered and transformed employee thinks in a very different way, than one who is driven purely by monetary compensations. He is eager to contribute value, he thinks long-term and he exceeds his own expectations.

I think that is what makes for the foundation of sustainable and successful enterprises -one that put humans at the very heart of business and makes the world a better place to live for millions and billions of employees who come to work every day.

I think we all deserve a better place to live.

Next Wisdom at Work: Moving from Smart to Wise Leadership 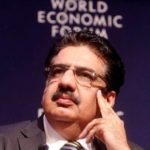 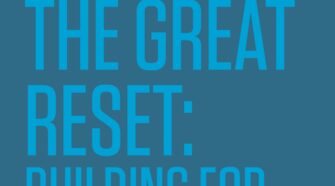