Within the last two decades, the concept of ‘entrepreneurship’ has evolved, from being a ‘single individual’ to an ‘account’ to that of an ‘entire organization or a corporation’.

“Nothing is ever the same once you discover your true purpose, your calling. It changes the entire complexion of your daily life and work.”

“Conscious leaders are motivated primarily by service to the firm’s higher purpose and creating value for all stakeholders.”

Not everyone experiences that day; many of us don’t even know to ask that question. But for those who do, that day becomes a major fulcrum in their lives. Nothing is ever the same once you discover your true purpose, your calling. It changes the entire complexion of your daily life and work. You are able to draw on reservoirs of energy and inspiration that you did not even know existed within you. Work becomes truly fulfilling, a source of satisfaction and joy.

Now let’s back up to an earlier time. The term ‘entrepreneurship’ can be traced back to as early as the Middle Ages, when the ‘entrepreneur ‘ was simply someone who carried out tasks, such as building and construction projects by applying all the resources at his disposal. However, it was during the 16th century when ‘business’ was used as a common term and the ‘entrepreneur’ came into focus as a person who is responsible for undertaking a business venture. The 20th century saw the evolution of entrepreneurial history developing its most recent form when Harvard theorist Arthur H Cole defined an entrepreneur as an ‘organization builder’.

Historical entrepreneurship, also the emergence of a capitalist society, was reflected in the creation of Coca Cola in the 19th century, the emergence of fast food and McDonalds during the 20th century, Henry Ford and the initiation of the automobile industry, and in Heinz, the brand which brought about a revolution in the food market with pre-packaged food. The signaling of these events on a global level brought to the attention of society everywhere, a new capitalist thought of brand creation by focusing on need creation in different societies. Entrepreneurs are the true heroes in a free enterprise economy.

Then came a crossroad where capitalism also got portrayed as exploiting workers, cheating consumers, causing inequality by benefiting the rich but not the poor, homogenizing society, fragmenting communities, and destroying the environment. The early intellectual case for capitalism was built almost exclusively on the theory that people create businesses to pursue only their personal self-interest. Adam Smith, founding father of modern capitalism, in his book The Theory of Moral Sentiments, outlined an ethics, based on our ability to empathize with others and care about their opinions. Through our ability to empathize, we are able to understand how other people are feeling and imagine what it would be like to be in their shoes.

Symptoms of dysfunction and disaffection abound in the corporate world. Top executives at the helm of major corporations have rigged the game to enrich themselves at the expense of the company and its stakeholders. Most regrettably, the drive for short-term gains has led to the destruction of many great companies like General Motors and Sears and the bankruptcies of Enron, WorldCom, Kmart and Kodak.

One has to understand and appreciate the series of trade offs because welfare costs money. Therefore, for those pursuing growth, of the capital type, one has to carry people supporting the project or the vision. Most industries are location specific, mining, timber, hydel project and so forth, and they are dealing with communities. In the pursuit of business growth there is damage to the environment. One has to “carry” these people who get displaced, or those who agitate. This effectively could lead to a convergence of interest between the entrepreneur and the environment and the interest of the affected people. Compensation, hitherto and presently, for land acquisition has been low and the rightful owners are not properly compensated. Economists have agreed that in projects affecting environment, say, as in cutting down trees, leads to spoiling of the topsoil of the affected land. In case of the Narmada project, the government endeavored to set up a committee to assess the effect on agriculture soil, trees, archeological monuments, and heritage sites to be restored. Community commitment to the heritage preservation of environment and the cultural issues become critical.

Economists argue that there is an opportunity cost of all such projects that affect the environment and the people who are displaced. Capitalists and Adam Smith argue that people will follow their own interests to make money but they are also responsible for creating an opportunity to evolve a judicious balance. Investors want profits but they also have to show empathetic concern towards those who work for them, and develop relationships with stakeholders and people in the environment.

The myth of profit maximization appears to have come from two sources: a narrow view of human nature and an inadequate explanation of the causes of business success. Profits became essential to the long-term survival and flourishing of all businesses; but with a few exceptions, entrepreneurs who start successful businesses don’t do so to maximize profits. Of course, they do want to make money, but this is not what drives most of them. They are inspired to do something that they believe needs doing. This is a very different narrative than the one that sees history through the lens of profit maximization.

Bill Gates did not start Microsoft with the goal of becoming the richest man in the world. He saw the potential of computers to transform our lives and was on fire to create software that would make them so useful that eventually all of us would own one. He followed his passion and, in the process, became the richest man in the world, but that was the outcome, not his goal and purpose. You cannot have a conscious business without conscious leadership.

The biggest game changer was the AGM of Reliance at the Cooperage Stadium in Bombay, which created an open market after which the stock exchange matured moving away from the Controller of Capital Issues. 1991 era under Narashima Rao was another game changer for the Udyog Bhawan. Shiv Nadar, Asim Premji and Jamshedji Tata, to name a few, established the footprints of what exemplified committed conscious leadership creating greatest good for the greater number when Jamshedpur was created to the present day when successful leaders continue pouring profitable money into the causes that better the lives of those who benefit from such enduring causes.

Conscious leaders are motivated primarily by service to the firm’s higher purpose and creating value for all stakeholders. Conscious leadership is not just corporate social responsibility. The whole idea of CSR is based on the fallacy that the underlying structure of business is either tainted or at best ‘ethically neutral’. A British consulting company, called Sustainability, coined a phrase Triple Bottom Line (TBL), in 1994. The three bottom lines the companies were asked to pay attention to are, People, Planet and Profit. The idea caught on and companies now produce reports that provide information on their triple bottom lines. While TBL is definitely an improvement over the CSR model, the TBL movement tends to focus heavily on social responsibility and environmental sustainability as major areas for business to concentrate on, besides achieving economic success. Business is the greatest creator of value in the world. Both non-profit organizations and governments depend on the prosperity and wealth business creates, as business is the ultimate source of all taxes and donations.

From its genesis, a century and half ago, the Tata group has been about community and nation building. The company states its purpose as follows: “At the Tata Group, we are committed to improving the quality of the communities we serve. We do this by striving for leadership and global competitiveness in the business sectors we operate. Our practice of returning to society what we earn evokes trust amongst our consumers, employees, shareholders, and community. We are committed to protecting this heritage of leadership with trust through the manner in which we conduct our business.” The business is not “owned” by the family. Two-thirds of the shares of the parent company, Tata Sons, are owned by charitable trusts. Through them, Tata run the two largest cancer hospitals in India, where half the patients are treated for free. The Indian Institute of Science, Tata Institute of Fundamental Research and Tata Institute of Social Sciences are all funded by these trusts.

Group’s like Tata Sons have shown by example how social responsibility can be part of an organization’s DNA and not just an afterthought or a stunt. It is to be deeply ingrained in the firm’s culture as a matter of principle. It is not to be seen as an additional burden, but as an essential cost of doing business. Just as people cannot live without eating, so a business cannot live without profits. Most people don’t live to eat, and so it should be with businesses, they shouldn’t live just to make profits.

Next Building Technology Products for the next 500M Indians 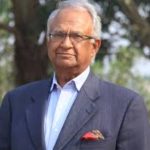 Mr. Ajay Mehra serves as Managing Director, South Asia of Airbus S.A.S. Mr. Mehra joined Airbus in 2000. He has over 30 years of experience in marketing and business development across industries, including capital goods, industrial products and consumer services. He spent fifteen years of his career holding senior positions in the aviation industry, including General Electric and Lucas Aerospace.