“The Indian entrepreneurship ecosystem is a little fragmented, a little distributed, and not necessarily very well connected.”

“We have to build very good funding models around entrepreneurship in our country. It is not just about asking the government all the time to give tax incentives.”

There are five main challenges we experience in competition. The industry competition that we go through is in the form of new entrants, federal substitutes, bargaining power of buyers, bargaining power of suppliers, and just simply rivalry of institutions. As a bank and as an institution we are on the cusp of innovation driven entrepreneurship and innovation driven growth. The government’s momentum is also improving whether it is GST or FDI or startup India or digital India. This is not only creating resonance, impact, and momentum for the nation but at the same time in nascent phases it is making a difference to some of the lead tables that represent competitive industries. If we look at the world economic forums’ industries, more recently, India has leapfrogged to the 39th position and that’s almost sixteen places in a very short span of time. This is a definitely a foot forward for reforms in the pipeline.

The Indian entrepreneurship ecosystem is a little fragmented, a little distributed, and not necessarily very well connected. But when we want to glue/ connect it together, we manage to get the investors and get the technology and make sure that it responds to the very frugal needs of our economy. So, how do we take care of budding entrepreneurs? How do we create the skill power pool required to put institutions and young enterprises together and the basic infrastructure together, and most of all marketing and brand access to markets? I like to believe that these are some of the challenges that India is facing in our innovation system and our entrepreneurship ecosystem.

If we see the underlying movement, things are beginning to change and improve and the growth oriented models are falling in place though at a very nascent pace. I would recommend a couple of solutions for the same. We should have institutions driven by design as new age design is driven by innovation/ creativity and that is what leads to entrepreneurship. I believe in the concept of DICE driven by Design, Innovation, Creativity and Entrepreneurship. The Indian economy for the last 60-70 years has been very holistic and meticulous and it’s been driven by logic and rationale. In the 21st century there are a couple of very fundamental changes that are moving the pendulum of the economy and the economic change is driven by the ability to create, ability to understand that there is a certain creative element that needs to be unleashed, and some of the disruptions happening in our economy have somewhat to do with this headline concept of DICE.

The consumer led market forces in our economy are going through a stratospheric change. The disruptions in technology, the innovations across fundamental operations, quality assurance, and service delivery are also going through tectonic changes. The people who are focused on that aspect of their businesses can build operating efficiencies, can create technology differentiation, can bring in and mobilize frugal technologies.

The core of our economy is the micro, small, and medium enterprises. It’s not just about the start-up who comes with a good idea from college, we have to motivate and encourage these fantastic ideas but equally the fact remains that some of these ideas are already in fruition but they don’t have hand holding bankers, entrepreneurs, corporate sponsors and cutting edge capability around them. I think MSMEs in our country have an unlimited latent talent and if they are injected with good practices, best practices, technology, innovation; they have a fire in the belly and can make a significant difference.

India is a fragmented country and clusters are very important. Silicon Valley became a cluster forty years ago on the back of Stanford University. It built an empire, of the best performing economy in the world. California went through a lot of switches but the fact is that today’s Californian economy is driven by cutting edge technology. Some of the most brilliant people in the world are building fantastic new systems. Can that be done in India? We have about 30/ 40/ 50% of Indians who are engineers and are creating a differentiation, creating innovations in institutions like Google, Facebook and Cisco. But how do we get the culture of innovation going here.

We at YES bank use a formula and I believe that there are four points around this formula. It’s called FIVE. We have to build very good funding models around entrepreneurship in our country. It is not just about asking the government all the time to give tax incentives. We must do funding with little bit of a boldness, aggression, and tax incentives should not be perceived to be sub-sanctions but they should be intelligent, cutting edge ideas. The concept of FIVE is very simple—funding, investing, vesting, and being driven by expansion.  I think there is an entrepreneurial transformation, which is well underway. It’s a stratospheric change, which is happening. Recently we launched YES Headstart where we are creating twenty incubators all over the nation. It will give ecosystems which are going to be driven by funding to some extent and are going to be driven by equity needs to an extent. We stand at a point where we see ourselves as a technology company, in the business of banking. We are moving ahead and building and helping to incubate new enterprises. 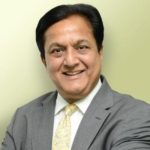 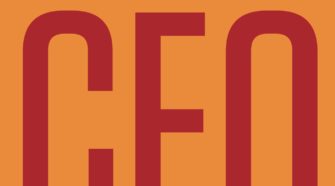