Generally, it is the case that social issues tend to remain isolated. There has hardly been a systematic way in the past to try to bring all such issues together in an all-encompassing framework to measure the health of a society.

A typical yardstick to measure the success of any society has historically been taken as the GDP of that society. Although this measure is reflective of how well the citizens are faring for themselves, it came to be established as an inadequate measure of success for indicating only the level of economic development of a society. A movement to go beyond GDP and encompass a broader set of factors in measuring success then started to see acceptance worldwide where frameworks were put in place to not just measure economic factors but also the social factors.

One of the many efforts, for example, is the work on how to measure happiness. The idea is to survey the citizens and ask them a set of questions to understand if they are happy. Though interesting in their approach, such efforts are usually not able to understand as to what are the underlying causes of the well-being of the citizens of a country. Hence, a need to create a comprehensive framework which is holistic in measuring the progress in a society has now resulted in an index known as the Social Progress Index (SPI).

Generally, it is the case that social issues tend to remain isolated. There has hardly been a systematic way in the past to try to bring all such issues together in an all-encompassing framework to measure the health of a society. SPI, however, sets out with an ambition to collate all the social issues together with the best available data in the world to rank countries and measure them in terms of social progress. The need is to understand our end outcomes as we live in societies. Traditionally, every social issue has been advancing their cause but there has never been a way of setting priorities about which of the issues require immediate attention. For example, whether health issues are more important than water issues in a society can only be identified if there is a framework available to gauge such conditions together. The reason for adopting this approach towards our social sectors is that if we get on the right economic path then societal progress is bound to take care of itself. Such an automatic or a one-way relationship between the two as expected has clearly not withheld the test of time as we got to witness some of the most unsuccessful experiences from all over the world. Hence, the idea of a holistic SPI has now come to the forefront to address this shortcoming.

In measuring social progress, the first natural question is to ask that what exactly do we mean by the term “social progress”? Although a multifaceted question, social progress can at best be defined as the capacity of a society to meet the basic human needs of its citizens, to establish the building blocks that allow the communities to enhance and sustain the quality of their lives and to create the conditions for them to reach their full potential in terms of their aspirations.

The next logical question to ask is “how can we make this definition operational as a measure?” To convert an umbrella definition of Social Progress into a concrete measure, there are several fundamental choices that have been made after rigorous work on a vast body of knowledge about social conditions and social circumstances. The first choice was to not mix up economic factors with that of social ones. To look at the relationship between economic and social development, what is required is that social factors must be measured as separate from the economic factors in any society. The second choice is to measure social progress based on outcomes rather than on how much money any government spends towards social progress.  This choice has enabled a great deal in understanding the relationship between how much you spend on a social cause and what outcomes you are finally able to get out of it. Interestingly, it has been found that it is not just about spending but about how to efficiently achieve certain socially good outcomes.

The SPI framework that has been built is not only focused on lower income countries but on even advanced economies to get full insights into countries of all stages of development. The three dimensions viz. basic human needs, foundations of well-being and opportunity take the framework forward and populate it with all the possible indicators in each of these areas deemed as being important and relevant. One of the major highlights of this effort has been to not only find all the data that existed but also to raise the quality of the data so found.

Although a multifaceted question, social progress can at best be defined as the capacity of a society to meet the basic human needs of its citizens, to establish the building blocks that allow the communities to enhance and sustain the quality of their lives and to create the conditions for them to reach their full potential in terms of their aspirations.

After taking all the measures into account we get the composite indexes of all the dimensions of Social Progress for all the countries in question. On analyzing a set of 133 countries on a score of 0 to 100 it has been found that the world does its best at the basic human needs dimension followed by the foundations of well-being. However, the area where most of the societies seem to be lagging is the area of opportunity, inclusion, personal rights, personal freedoms, etc. This revelation comes just as stark when we have so many countries riding on economic success for years now.

Before the SPI framework, it was nowhere recognized that the relationship between economic development and social progress is not linear. As income goes up, tremendous improvements tend to be made in social progress in the very beginning but as we get closer to a middle-income range, it becomes harder to keep moving up ultimately flattening out the gains on an, even more, higher range. So, the SPI framework provides a coherent measure to benchmark every country so as to determine the areas they must focus on to bring about the desired progress in their societies. Once the countries come to accept this measure of progress, we can move on to even lower levels where different states and regions get evaluated within the countries.

SPI allows us to start thinking strategically about social change and other important sets of priorities that can help countries take a big leap forward in their overall development model. It is a powerful tool to let policymakers know about the key problem areas and take corrective measures.

Previous State of the Economy - Building a New India

Next In Conversation with Michael Porter 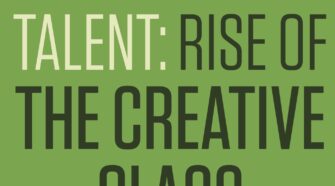