“Companies that are succeeding today and will succeed in the future are those that are competing based on the design of what they do.”

“Trust I think is at the core of everything that we do, especially in healthcare. Future lies in winning the hearts of customers.”

One morning, in a busy hallway of one of our hospitals an old customer of Apollo, Mr. Malpani came up to me and thanked me. I knew his grandfather had been very sick and had been in the ICU. I responded by saying I was glad that his grandfather was better and that the ICU team was excellent. He added that he specifically wanted to thank me for the home care team that had setup their home after his grandfather was out of the ICU. They were monitoring, nursing and providing a point of care testing. In other words, completely managing his grandfather from home and he was very happy.

So, at Apollo today we are doing high-end tertiary care. We have almost 9500 beds, which will soon be scaled up to 10000. We are in clinics, doing a lot of work on preventive healthcare and checkups, doing insurance, we have the country’s largest pharmacy chain, and we are also in education. Currently, we are present across the healthcare spectrum. We are adding one more hand with home care and will be launching a technology arm to do e-commerce through healthcare.

I think our strategy is driven by something I read a very long time ago.  About two decades ago, companies across the world competed based on price. There was a whole series of things – first you had the product, then they competed on price. Then people said they needed to differentiate and started competing on quality and from quality to entering brands and then technology. I believe that companies that are succeeding today and will succeed in the future are those that are competing based on the design of what they do. Does it answer what the customer wants?  Is at the right price?  Is it beautiful?  Is it simple? When you design a seamless integration around the customer irrespective of what you’re doing, whether it’s advanced high end heart transplants or a simple blood test, you succeed. If what you’re doing has a quality orientation, if it meets what the customer is looking for, if you are continuously innovating to stay ahead and bring the latest within the reach of that person, it all ultimately builds trust. Trust I think is at the core of everything that we do, especially in healthcare. Future lies in winning the hearts of customers.

Ours is a very simple story of my father, Dr. Reddy who came back from the United States almost 35 years ago simply because his father wrote to him saying that every time he did something tremendous in America, he and his mother were happy but imagined what it would be like if he came back. So, he came back and built a cardiology practice. One day he lost a young man who he had saved post a bypass surgery. This young man, by the time he could raise the money, about $20,000, to go to the US for a heart surgery, had his second heart attack and succumbed. He left behind a 36-year-old wife and two young children. That day my dad said that if Indian doctors are curing and healing people all over the world, why don’t we find a way to create that infrastructure in India as well? That was how the story of Apollo began 32 years ago. Today the Indian healthcare industry is not just Apollo, but large hospitals have come up across the country matching the quality outcomes with some of the best in the world and are doing it at one-tenth the prices.  We’re finding ways to innovate.  We’re finding ways to bring some of the latest technology in the country. Last month we announced that we would be bringing a proton into this country. Proton is making some waves in America. In Asia, there are barely one or two machines – one in China and one in the rest of Asia.  So we will bring in the first proton in India, as we believe that Indians deserve the best in healthcare.

Building Healthcare Of The Future

Over the last many years we have realized that healthcare is not just about advanced surgery or intensive care. We have to enhance our infrastructure and our teaching capabilities so that India, which needs to double its doctors, triple its nurses, and increase its number of paramedics fivefold can reach the core parameters of patient-to-bed ratio. However, there is a lot also to be done on the heart side of healthcare, which essentially believes that life is priceless. We lost one of our greatest leaders, former President Abdul Kalam while he was on a dais, probably with a lot of security, when he had a chest pain and fell; do you know that nobody did CPR (cardiopulmonary resuscitation)? So there is a fundamental aspect of how we train our population to respond to a crisis. Let us take the example of road traffic accidents. What is the first response? Do we have ambulances?  How do we respond?  The entire infrastructure around disaster preparedness needs to be looked into. For instance, the way we are trying to work on preventing heart diseases even as global statistics show that Indians are more prone to heart diseases than their Caucasian counterparts. We are also steadily becoming prone to all the NCDs (non-communicable diseases) at a far more alarming rate than any other country in the world. How are we preparing to deal with this? And then there is the entire space of primary healthcare, what we do for mothers, children, and babies. Six jumbo jets of children and infants die in India every day of a simple preventable condition called diarrhea because we are not doing oral rehydration. So, there’s an entire leap needed in thinking the design and the concept. It can only be achieved when we all believe that life is priceless and find ways to bring clean drinking water, sanitation, to give oral rehydration, to educate and to use all the available technology. For example, through a simple mobile phone we could teach a mother that if she mixes salt and sugar into clean water and gives that to her baby, the child will not be dehydrated.

I would summarize by saying that there is a possibility of tremendous change that can sweepingly change the country’s healthcare. We can become more predictive. For instance, by using analysis as we’re beginning to use in our ICUs to determine the kind of infections.  Today, DNA testing can tell us who is more prone to heart disease. In effect, the entire sphere and spectrum are changing. If we use technology, use the pervasiveness of mobile, use IoT (Internet of Things) and everything that it spells out, these can create a brand new transformation.  We must strive to not only use the capability and the innovativeness of the current Indian healthcare system but also take it five steps ahead regarding access as well as affordability while always striving to have the highest quality.

Next 2015 GIS: Panel Discussion on Infrastructure and Competitiveness 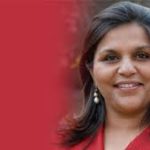 Sangita Reddy is one of the beacons of the healthcare industry in India. Having led Apollo Hospitals, a leading healthcare brand, for nearly two decades, she currently holds the position of its Joint Managing Director. She is credited with the brand’s retail foray that includes health, lifestyle, Apollo Health and a chain of clinics among other initiatives. 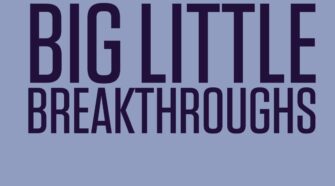