In an interaction with Robert Johanson, chairman and independent director, The Bendigo and Adelaide Bank Group, he talks about the challenges within the current capitalistic system and of the community based banking model and how it could work in both developed and developing countries.

“Everywhere people are saying governments have to reduce spending, governments are getting to be too intrusive but nowhere are governments able to change that.”

“In India at the moment the big problem is how to give banking to the local community, to franchise into the financial system people who are currently disenfranchised.”

How is capitalism going to change over the next 10 to 20 years? And what do you believe are some of the challenges within the existing system?

Simple question first.  Capitalism is everywhere.  Capitalism as it is practiced today is a regulated structure of aspects of market forces.  So the question is about the various players we’re seeing, particularly in banking, an industry I am involved with. The State has and will continue to probably have an increasing role in this industry, to ensure that citizens get from it what they need. I am still convinced that business, the free market system will be the best way that capital and assets get allocated.  It is a democratic system where in a sense, assets and capital get allocated according to the demands of people which is what capitalism is, but expectations and demands on the State to control that, to moderate outcomes, to protect the State itself from consequences, will continue. So like in the global financial crisis, where we saw in the banking system certain stakeholders use the system for their own advantage and then ended up being paid for by tax payers, you’ve got to expect the governments will continue to intervene to moderate that possibility.

Capitalism will continue to be the best way to allocate resources to meet the needs of people but the role of government as a moderator and regulator of all the processes, will only continue to grow. Modern capitalism is about digital economies—where once you know the impact of a complaint by a citizen, it can be marshaled that much quicker.  So all things that people complained about point to the government, which will need to manage those processes. People also need to take a longer view because most allocations of capital are made to solve the big problems and are long-term investments.  The demands democratic systems make on companies will be translated through governments; and this will only get greater.

Everywhere people are saying governments have to reduce spending, governments are getting to be too intrusive but nowhere are governments able to change that. Demands are going to continue to grow as people feel that they’re more vulnerable to the swings. We know the system of capitalism, which is really capital allocation according to the needs of consumers. In the end to scale back at that is the democracy of it all and that’s why we would be the most efficient while doing it.

People are saying that capitalism is fairly exploitative. Across the world we’re seeing a lot of conflict which could be based on this whole issue between haves and the have not’s.

We have seen this issue over the last 100 years, where societies have tried to reduce the differences by giving more to those who have docked. This happens where State control systems are prevalent.  In an open market system, people are given a voice and then that voice effectively works for the marketplace and capital is allocated accordingly. In economies where you have a lot of poor on the fringes, it’s how you bring them into the system, to give them a voice to ensure their voices are heard in the capital allocation equation. That’s how we’re going to give them things or how they are going to get things.  Like in India, it relates to the disenfranchised anonymous rural poor—its by giving them bank accounts, its by getting them or letting them have access, by letting them participate in financial systems making sure that money gets to them without too much cost on the way through, it’s those things that will bring them into the system which will give them a chance of getting something.

So you are convinced that market based solutions are going to solve the problem?

In the Indian context, where the whole social progress aspect has been missing even though we’ve been a democracy for the last 60 plus years, and into the market based system for 25 years, but the disparity has risen. How do you look at this situation?

There have been a whole lot of people left in the same condition they were 25 years ago but there have been a whole lot of other people whose conditions have changed a lot.  It’s a system in change, but a lot of it has happened. Now, it hasn’t happened for everybody and the size of the problems in India, you know. Nonetheless, if you were trying to pick a starting point you’d rather start today than 25 years ago wouldn’t you?

Could you explain the community based banking model you have created and your experience through the journey?

Our model is trying to do two things. One, provide the benefits of strong center. In a regulated banking world, you need a strong center to deal with the issues of capital, technology, and risk management systems. These are things that you need to scale because they are expensive to setup so consolidation and scale work here. For distribution what we try to do is capture the benefits of dispersion where the distribution is dealt with at the local level. Part of the problem for the last 50 years of banking that caused the global financial crisis was that too many decisions were made at head office. People made decisions about risk or credit at head office according to various models, completely ignoring what was going on at local levels so they took all the power away from local managers and centralized them.  So you ended up with these models telling people to buy stuff that really was junk and that disconnect was one of the big causes of the global crises.

You had people buying manufactured parcels of mortgages on the basis of various centrally done models that predicted outcomes that were just imagined.  What we’re trying to do is to do the central things well—technology, big risk management, management of capital but we partner with local communities to run the distribution.  What we have now is over 350 different communities each of which own their own local branch, each of which employs their own local bank offices, and they act as our agents but as a franchisee. They ride the business, they take deposits, or they make loans and we share with them the revenue from that roughly 50-50 they get half, we get half.

Our half goes to pay the central costs, their half goes to pay the local costs. We share the consequences if the loan goes wrong, so they are responsible for the loans they make to some degree, and they’ve got stick-to policies that we agree on.  Local people know who are the good credits, the reliable people so our history has been of very low debts because we’re dealing with people we know or at least our people know.  If you can have relationships between the center and the distribution point, the distribution points can be made to work but it relies completely on openness, trust, a lot of goodwill, it’s hard work.

It is useless if it’s just sitting in a gold bar under someone’s bed. If the wealth in a village could be brought together and then deployed for the benefit of the village then the whole village would do better financially by participating in the financial system.

Do you think it can actually work for tangible products as well?

Well, McDonald’s worked on a franchise system. McDonald’s wasn’t the first to come up with a franchise model, but it’s the one everyone think so.  I mean it uses local managers to run businesses according to standards and principles.  That’s truly what we’re doing.

You also wear another hat of the Australia-India institute. Where do you see India from a research point of view?

The number of people who are getting educated is broadening India. The proportion of Indians who are under 25 is greater compared to anywhere else. It’s either going to be a disaster or its going to be a bonanza. I think there is too much at stake for us all not to ensure that it is a bonanza. I think in what is a very constrained and funky market system, it is the democracy that works extremely well.

I think a place like Australia has got lots of reasons to engage with India in ways we never have in the past.  So at the moment there are attempts to negotiate a free trade agreement between Australia and India. It’s absolutely in Australia’s interest that we trade a lot more with India, that we engage a lot more with India because we have so much at stake in ensuring that it’s not a disaster. It’s now very much self-interest that we find ways to create value together and to share that because the alternatives are too awful to counter much.

In your view, which part of the world will the newer models that redefine the capitalistic system come from?

Capitalism in any place is a consequence of a whole lot of important local influences. So for instance if you ignore the diversity within India when you’re trying to come up with models, it is not going to work.  If someone tries to impose a structure on India just because it worked in Australia, it may not be the solution or work the same way in India. Each country is going to have to find its own unique model.

Previous Bike it to save your city

Next The missing link - Partnering for innovation 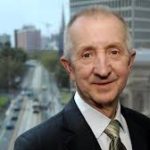 Robert Johanson is chairman and independent director, The Bendigo and Adelaide Bank Group. He is a director of Grant Samuel Group Pty Ltd (and subsidiaries) and a director of the Robert Salzer Foundation. Robert is also Deputy Chancellor of the University of Melbourne and Chairman, Australia India Institute.