Keynote by Justin Bakule, Executive Director, Shared Value Initiative on the overall benefit to markets when companies act in collaboration, at the Shared Value Summit held recently in Gurgaon.

“We are already in a moment of massive change and government alone cannot solve all the problems of societies in which they govern.”

“Are you redefining, rethinking competitive boundaries and thinking about places where even with the most ardent competitors, you might have a shared interest in improving prosperity that benefits all?”

About eight years ago Barack Obama ran his election campaign on a change platform. There are systemic challenges facing our society that are very much linked to the role of businesses and the role of government. The US election, Brexit, almost anti-globalization move, gives a big dose of uncertainty to all the business leaders. Uncertainty is not good for businesses and for long-term planning. Most businesses do not operate well in moments of long-term operational uncertainty. This also then provides us with an amazing moment for business leadership. For real business leadership, focused on how to take on the pressing social and environmental issues of our day whether that’s in India, United States or other places around the world. We are already in a moment of massive change and government alone cannot solve all the problems of societies in which they govern. The classic thought was that governments and civil societies solve problems and companies pay taxes and provide employment but at the same time create environmental problems but the narrative is changing quite dramatically. Business is now a partner in solving social problems in a way that they weren’t before. The businesses are looking at Shared Value mindset opportunities for innovation and growth.

Businesses that are advancing prosperity, linked to their businesses and society, at scale will be at a distinct advantage in this world. Firstly, they will be able to illustrate the linkage between the social issues related to their business and the prosperity they are creating. Secondly, companies do a lot of things to engage in society, in particular the initiatives that are reaching scale, they can differentiate between the talk and the actual delivery of social progress and prosperity. These are very important distinguishing things and it will be very easy to see which companies are making meaningful progress at scale on the issues related to the business and those who are talking about issues but that have not reached that same scale.

Following are three examples where companies are pushing the envelope and are going much further than just shared value initiatives.

Companies who are rethinking entire business models, re-imagining the business that they are related to and the social issues that are relevant to their business.  For example, Enel is a $100 billion Italian utility company.  They are the energy company of Italy with massive fixed assets in coal-fired plants, oil and gas plants, and the primary energy generator and provider in Italy. When they made the move from being a state-owned enterprise to a privately held business or a business that was floated on the stock exchange, one of the things that they did was they bought a utility company in Spain. The next thing was they stated that the future of energy generation was going to be in green power, renewables, solar, wind, geothermal, hydro and not in the massive fixed assets that are there in a very traditional business in Italy.  So they started building out this business model, Enel Green Power and started building out massive energy generation in Latin America, North America, and sub-Saharan Africa at scale. They were innovating around a business model of how to build a green power business at scale in these places in a world where a serious social issue was lack of access to energy. There are many companies that are innovating in particular early stage companies innovating an alternative energy. They also realized that they had taken part of the business that had high growth potential and spun it off as its own company.  So, they decided to buyback Enel Green Power and reincorporated it into Enel as an overall organization. They also took the management team from Enel Green Power who were steeped in innovation, and knew how to think differently about the business and legacy assets and made them the management team of the entire company. The most recent commitment they’ve made within Italy is traditional utility business. They have committed to replacing it with green power; $20 billion of fixed assets in coal and oil generation plants in Italy to transform the entire business not just the new parts of their building. The lesson from here is the importance of rethinking innovatively in a business like this and evaluating what it can mean to your competitiveness and positioning basis where the world is going.

The second example is around whether companies are thinking about how to redefine their competitive boundaries, and what it means to compete? Take for instance the Cocoa industry in Côte d’Ivoire where there are about one million small-scale farmers and the industry produces about 40% of the world’s cocoa. Côte d’Ivoire however needs a massive reinvestment to regenerate that cocoa supply. It’s the one ingredient in chocolate that is irreplaceable. It is a massive problem for companies like Nestlé, Mars, Cargill, who are a part of that cocoa supply chain, for the issue is related to the quantity and quality of cocoa. We realized to regenerate the sector involved 2.5 to 3 billion trees in Côte d’Ivoire, the size of problem and size of commitment were huge. The industry does not compete on sourcing cocoa instead they compete on things like KitKat or Mars or M&M’s and the consumers. They are confronting joint problems that they can’t solve on their own and they are starting to rethink what it looks like to collaborate with one another to address these joint problems. So, are you redefining, rethinking competitive boundaries and thinking about places where even with the most ardent competitors, you might have a shared interest in improving prosperity that benefits all.

Lastly, are you expanding your view on doing more holistic work that crosses boundaries between sectors? Take for instance Yara in East Africa. Yara is a fertilizer company from Norway, which viewed the region as a growth opportunity to start selling their products to small-scale farmers there. Tanzania had massive under-investment and there was no way a single investment in building a fertilizer delivery facility would yield returns but that was going to unlock growth for Yara and Yara needed everything else to support that business.  They needed not only the support of government, civil society, but they needed people working on infrastructure, working on farmer training, working on healthcare to make sure that those farmers were healthy. This is what full sector-to-sector collaboration looks like for companies that are unlocking growth, for governments that are delivering prosperity and social progress and for civil society working in places with a mission to help the people.

Rethinking business models, challenging long-held assumptions about the business you are in and what the opportunities or limitations are; rethinking where businesses compete on social issues and expanding sector-to-sector collaboration in a way that generates benefits for all are the three ways that we see companies pushing new boundaries.

Next The competitive potential of clusters 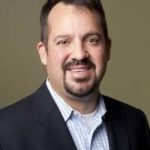 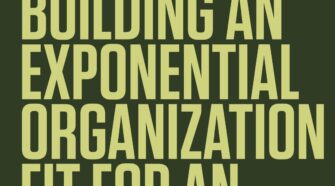 Building an Exponential Organization Fit for an Accelerated world